Downtown’s latest “resort-style” community for college students is beginning to make its mark on the skyline near Centennial Olympic Park.

A year after it was announced, a 32-story project by Landmark Properties and AECOM-Canyon Partners is roughly half-built at 130 Luckie Street NW. The half-acre corner property had long been used for surface parking.

The student-housing venture was previously called The Metropolitan—echoing the name of nearby Metropolitan condos at Five Points—but is now being marketed as The Legacy at Centennial. 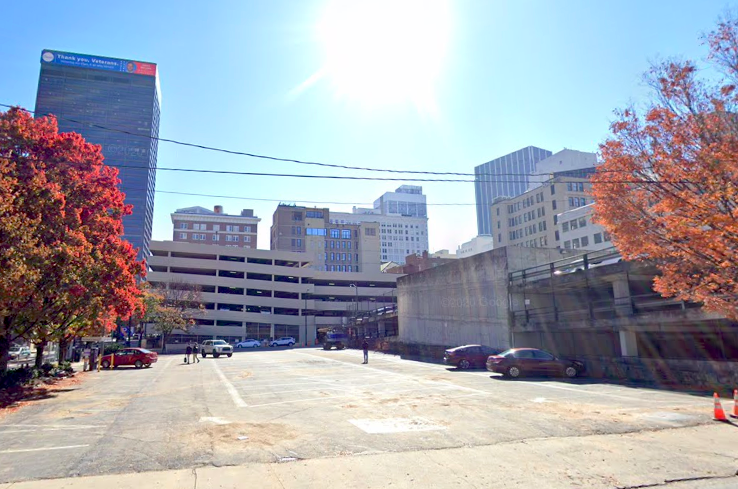 The property's former use as surface parking. Google Maps

According to officials with Athens-based Landmark, the 490,000-square-foot building is scheduled to open in fall 2023 with “an unsurpassed living experience” for students downtown.

Expect 835 beds in 265 student apartments, plus 5,700 square feet for retail, located a quarter of a mile from the GSU campus.

The location, bordering the Atlanta Streetcar’s Luckie at Cone stop, is within a block of downtown landmarks that include the Tabernacle events venue, SkyView Atlanta Ferris wheel, Centennial Olympic Park, and Ted Turner’s penthouse over his namesake restaurant. 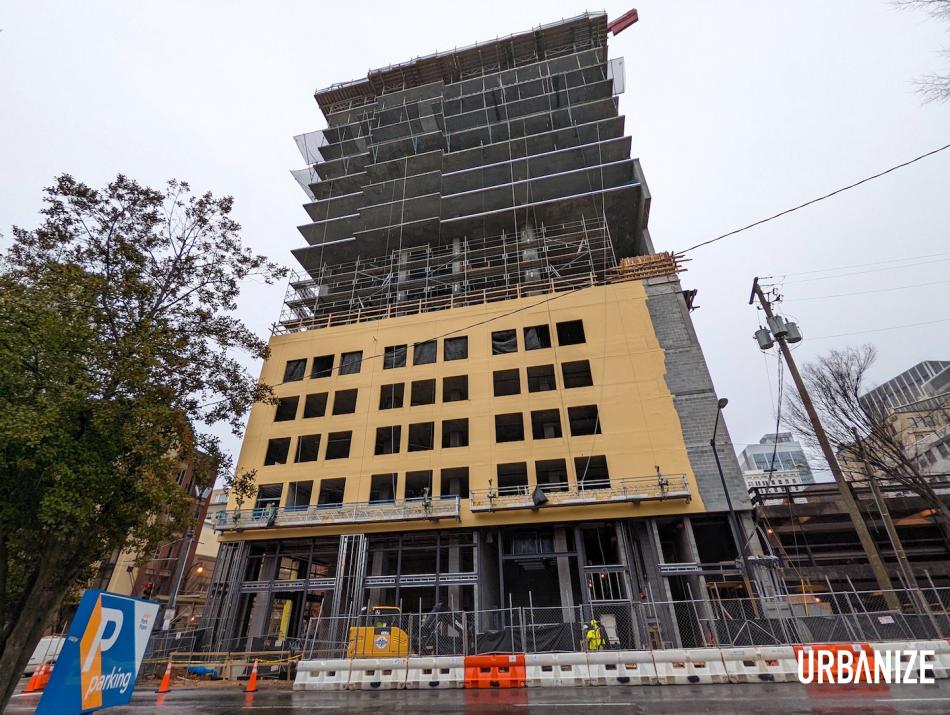 The Legacy project is the latest example of Georgia State University’s influence spreading across the oldest sections of Atlanta, remaking parking facilities, low-rise buildings, and other properties.

Other downtown projects aimed at GSU students include The Mix luxury student tower on the flipside of downtown and the glassy Reflection tower that recently topped out over Courtland Street. Both of those buildings stand 25 stories.

Student towers have been cropping up across downtown and Midtown for years, and Landmark has already built two of them: The Standard, which opened in 2018 at Spring and Third streets in Midtown; and The Mark, a 28-story venture that claimed a longstanding Domino’s Pizza on 10th Street and opened in 2020.

At downtown’s The Legacy, floorplans will range from one to five-bedroom units, with amenities on tap that include concierge services, an outdoor pool, a café study lounge, and yes a requisite golf simulator.

By our count, there’s roughly 15 stories left to go, including The Legacy’s rooftop. Have a gander in the gallery above.