In terms of density, recent months have seen drastic changes in the block north of Decatur’s historic square.

The bank uprooted to a new facility with a tighter footprint next door, while Modera Decatur constructs 194 luxury apartments with street retail at the base.

Apartments are expected to range from one to three bedrooms (some with dens), with quartz countertops, patios or balconies, and vinyl-plank flooring. Modera reps have said apartments with an average of 1,194 square feet will typically rent for around—gulp—$3,000 monthly. Smaller options of 850 square feet are expected to rent for about $2,100. 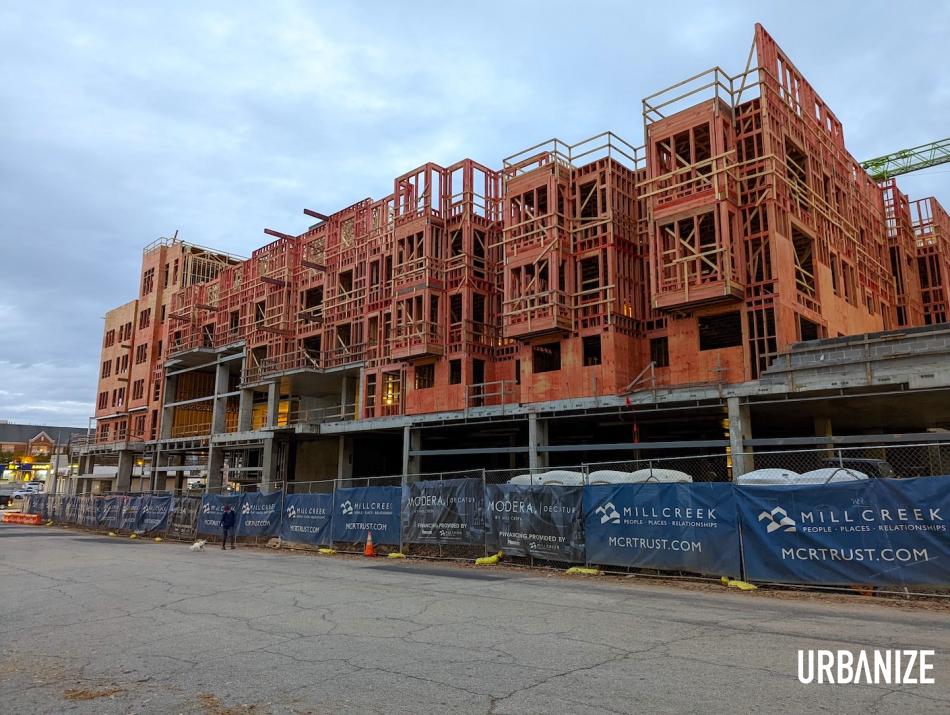 The western face (toward Midtown) of the Modera Decatur project along Clairemont Avenue, as seen this week. Josh Green/Urbanize Atlanta

Rents at that level, in Decatur, will include amenities such as a full-time concierge and “activity director,” along with a standard pet spa and coworking spaces. Also in the mix are a sauna, pool, and rooftop deck with a greenhouse, coffee bar, courtyard, and gas-fire tables. So it sounds almost as posh as downtown student housing.

Expect three levels of underground parking and more than 24,000 square feet for shops and restaurants. Mill Creek points to the nearby MARTA hub, Decatur’s bustling downtown, and a primo 93 Walk Score as marquee draws.

Challenges with site topography prohibited building a larger, four-level parking deck and thus reduced the number of planned units to less than 200, developers have said. Plans to add 29 rentals meeting affordability standards were nixed when options to build them—beefing up total units to around 230—were found to be cost-prohibitive, Mill Creek officials have said. 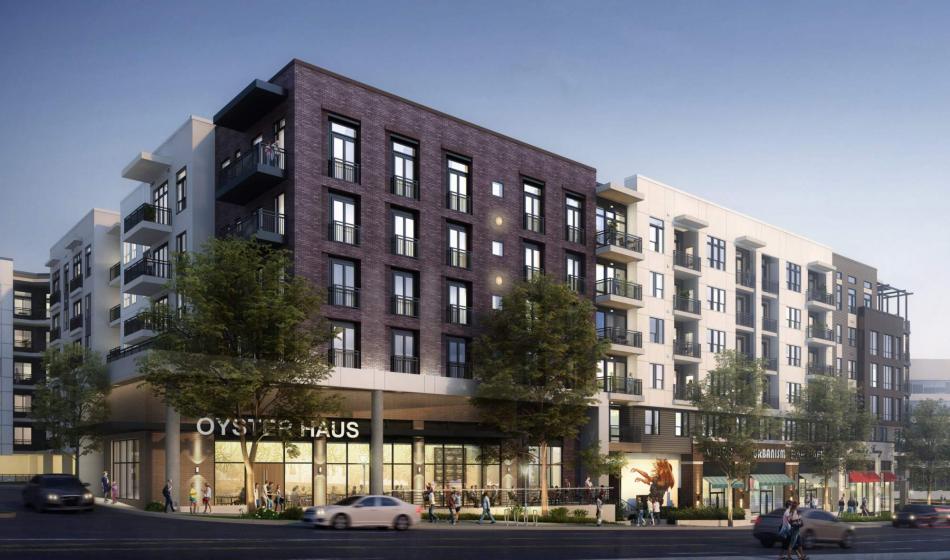 Modera Decatur follows projects such as 1133 On the Square, the Arlo apartments, and The Place on Ponce that have brought denser multifamily options around historic Decatur Square the past few years. It joins another complex near the BeltLine in Reynoldstown and a two-phase project in Buckhead as Mill Creek’s latest ITP endeavors.

The developer is also cooking up plans for a second Midtown tower under the Modera brand. Called Modera Parkside, that project would rise 30 stories near Piedmont Park, claiming a lot that’s been empty for more than a decade.