Five years in the making, plans for a second phase of Ponce City Market are officially moving forward along the Atlanta BeltLine.

Phase two of development for the Old Fourth Ward landmark will see 163 apartments rise in a roughly 21-story building, atop an existing parking podium and retail spaces at 680 North Avenue.

Site work has begun in recent weeks, and a construction crane is being assembled between PCM’s larger parking garage and The Shed, an open-air events space that overlooks the BeltLine’s Eastside Trail.

“The building is part of our plan to convert underutilized areas of the property to productive economic and community use,” a PCM spokesperson wrote to Urbanize Atlanta in response to questions. “With parking access below the building and a focus on wellness design, the project will target LEED certification and create new jobs.” 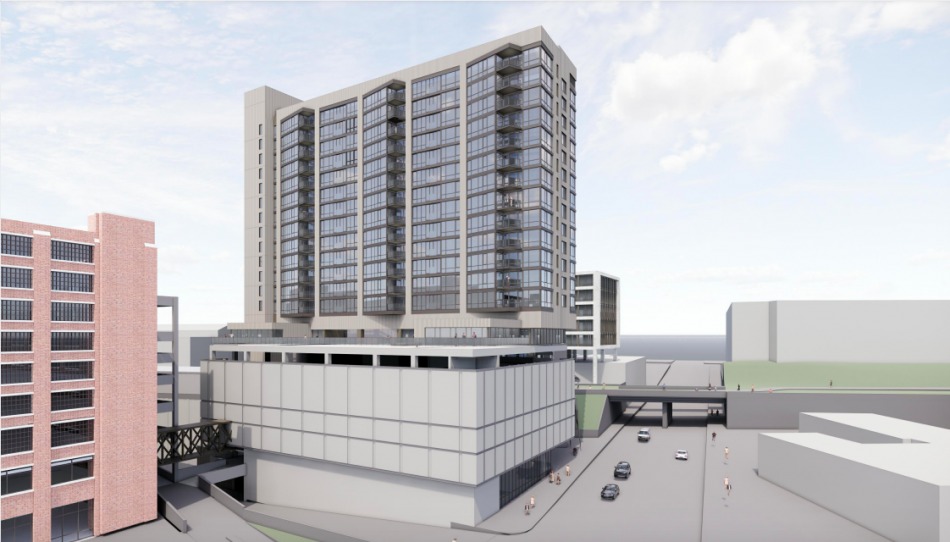 Inquiries regarding a project timeline and other aspects of the building weren’t answered. According to plans presented to the BeltLine Development Review Committee last year, the initial PCM addition would incorporate 3,800 square feet of existing retail into the tower’s base; more recent reports peg the retail portion at 26,000 square feet. [UPDATE, 2:23 p.m., February 15: The building is on track to deliver in late 2023 and will include 3,300 square feet of retail, per the PR team.]

PCM developer Jamestown Properties has previously said 16 apartments in this section of phase two will be set aside for residents making 60 percent of the area median income, or roughly $52,000 for a family of four. Another eight would rent for 120 percent of AMI.

According to building permit records, the existing seven-story parking garage was structurally designed to allow for 14 additional floors to be built atop it. The apartment stack will have a new elevator core constructed on the northern portion and tied to the existing structure. It’s being designed by New York-based Handel Architects, plans indicate. 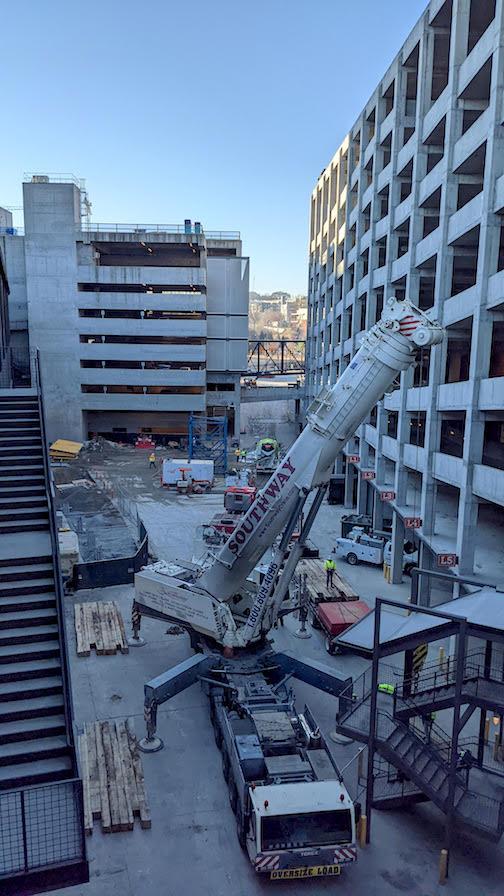 In November, Jamestown applied for an $8-million tax abatement from the embattled Development Authority of Fulton County for the apartment tower and another section of phase two. The developer later withdrew that request, following public scrutiny over tax breaks in such a hot real estate zone.

Jamestown presented a modified request last month to the development authority seeking $5.4 million in tax incentives that wouldn’t apply to the new apartments. Instead, that tax abatement would help transform a parking lot on the flipside of PCM, where Ponce de Leon Avenue meets Glen Iris Drive, into an office building and 225-foot “hospitality living” tower, as Saporta Report relayed. That section is collectively known as Parcel B.

Jamestown officials said 210 of 400 units in the hospitality tower would be priced at a 15-percent discount versus other short-term rental options in the area, should the incentives be improved, the news site reported. The developer is also planning to channel $1.5 million into a program for retaining legacy residents and a forthcoming DAFC Trust.

Overall, Jamestown expects PCM’s second phase to cost $175 million on both sides of the former Sears, Roebuck and Co. distribution center. Company officials have said the second phase will generate 550 jobs and create a net gain in tax revenue.