When it comes to innovative transit solutions in metro Atlanta, Cobb County probably isn’t the first place that springs to mind, but a project that would link together the Cumberland area’s most popular attractions in almost futuristic fashion could start to change that.

It’s called the Cumberland Sweep. And it’s envisioned as a three-mile, multimodal loop that would improve connectivity throughout Cumberland’s core by marrying walking and biking/cycling lanes with an autonomous shuttle system, largely in the right-of-way of busy roads.

Implementing the Sweep, according to Cumberland CID officials, would make transportation “easier, more reliable, and safer” throughout the district, which following the Atlanta Braves' relocation to Cobb County is more of a regional destination than ever before. 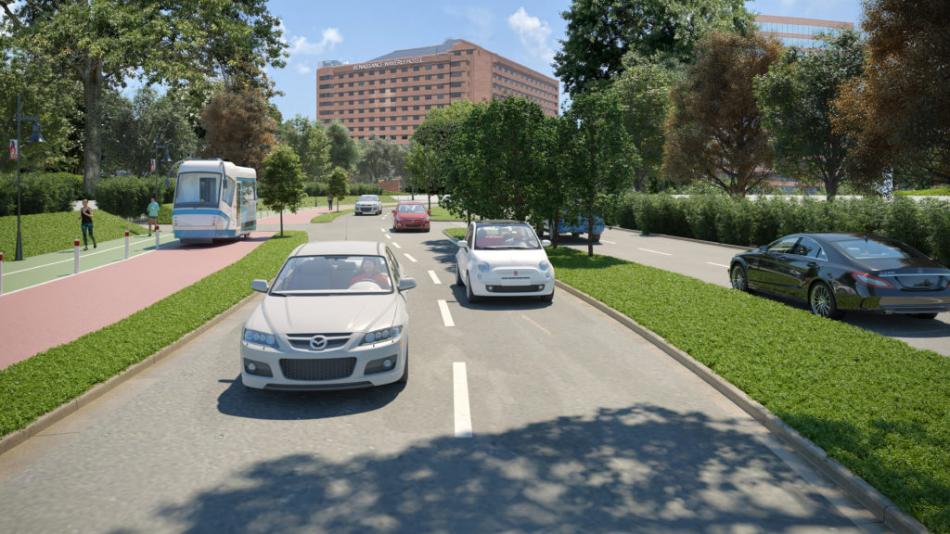 The project was initially proposed in 2017, and this week the Cumberland CID unveiled the Sweep’s new name and branding—a logo that conveys motion and gridlock-free happiness. 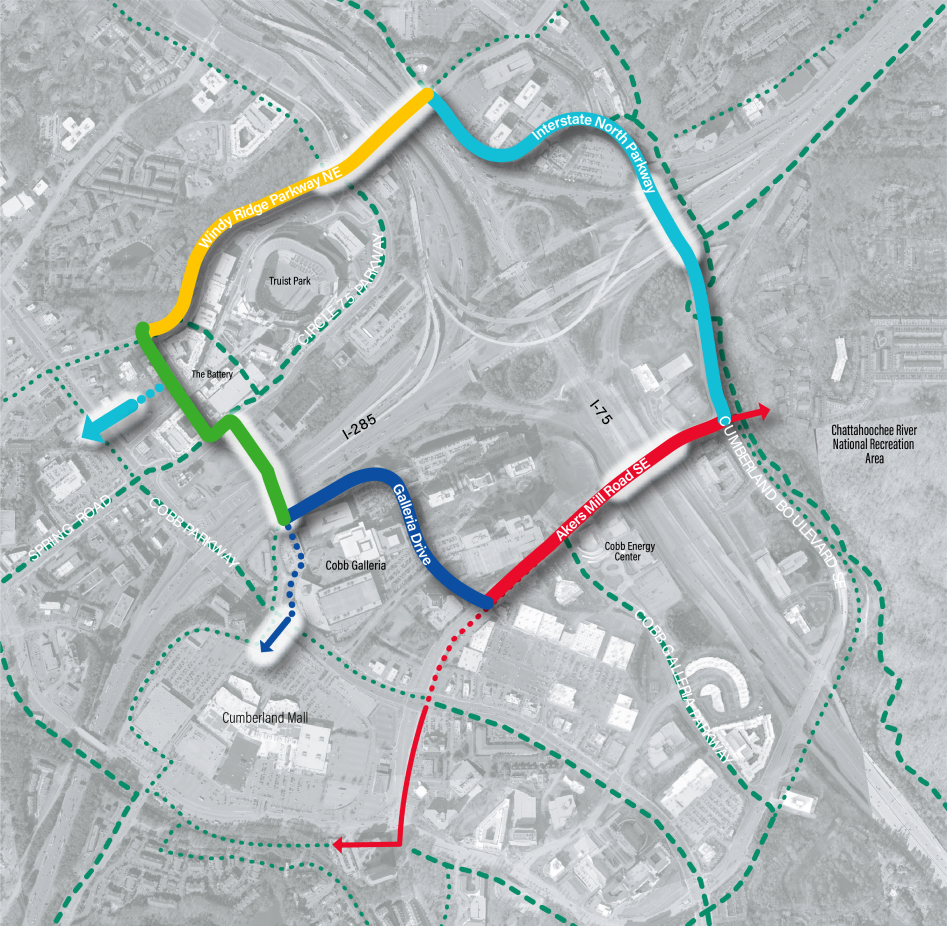 In June, a potential pedestrian bridge spanning Cobb Parkway was added to the scope, in the Sweep’s sixth segment near Cumberland Mall.

“The Sweep means movement, and our goal is to move people more effectively and efficiently around the Cumberland area,” John Shern, Cumberland CID’s board chair, said in Thursday’s announcement. “This vital transportation resource will make our region more accessible, connecting businesses, residents, and visitors to the best of what Cumberland has to offer.” 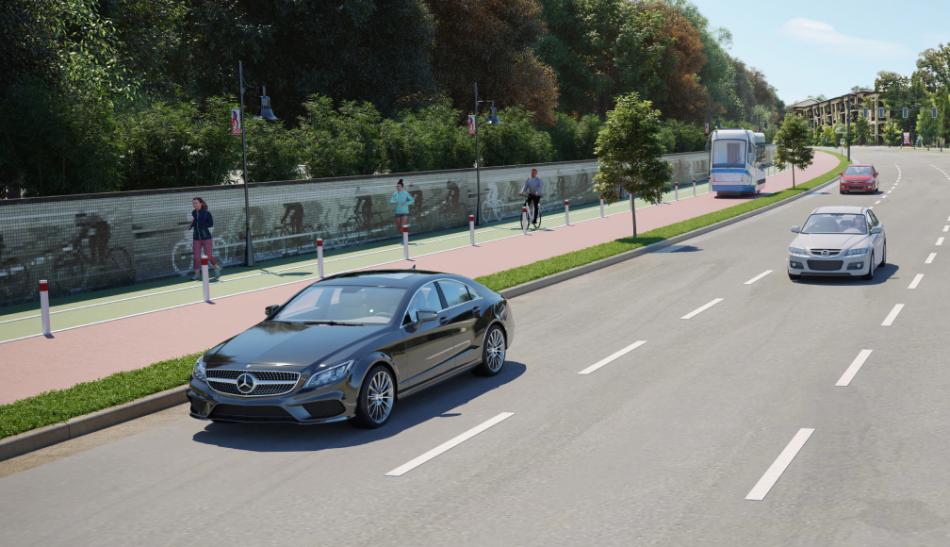 How autonomous vehicles would coincide with pedestrians. Courtesy of Cumberland CID

According to a timeline released this week, the Sweep’s construction is projected to begin in October 2023 and finish the following year.

Between here and there is all preliminary engineering, pre-development, and right-of-way acquisition.

Kim Menefee, the CID’s executive director, foresees the multimodal path “being the future heartbeat of the community,” she said.