StreetLights Residential’s The Hadley building has climbed a half-dozen stories at the corner of Juniper and 5th streets, with 20 more to go.

About 2,500 square feet of retail is planned at street level.

Retail and lower floors at the corner of Juniper and 5th streets. Courtesy of StreetLights Residential; designs, StreetLights Creative Studio 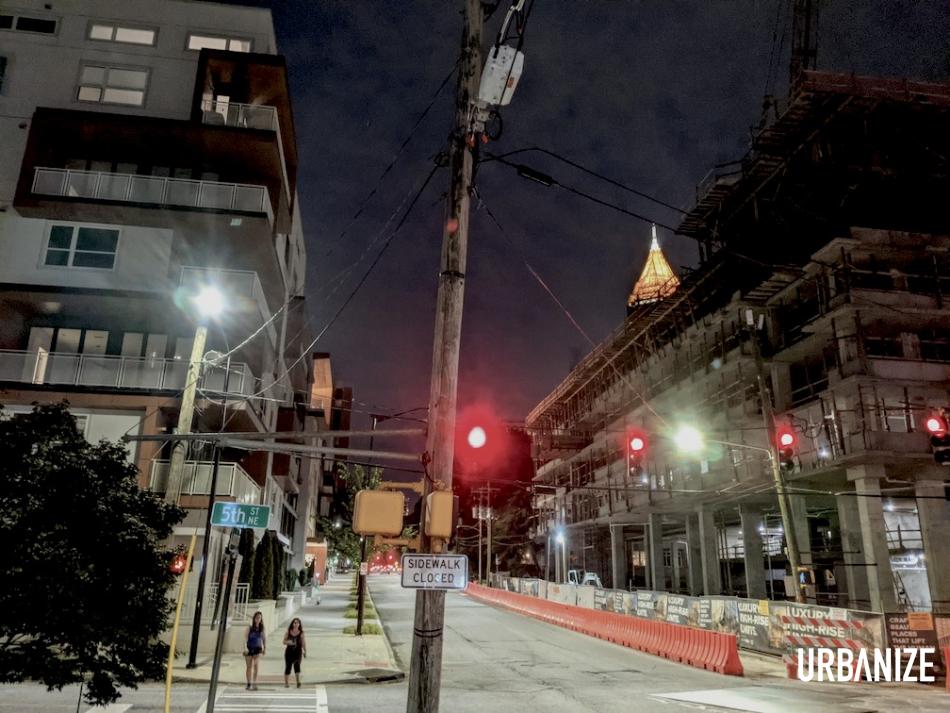 A broader Juniper Street context with the new J5 condo mid-rise across the street, as seen this week. Josh Green/Urbanize Atlanta

Designed by the developer’s in-house StreetLights Creative Studio, the 26-story project is meant to complement historic St. Marks United Methodist Church next door, with classic elements such as metal arches and stone, and wood-paneled interiors more stately than hip. The package is described in marketing materials at “breathtaking.”

Planned amenities include a private bar and lounge for residents, a coffee bar, coworking spaces, a pet spa and dog park, a spin studio, and a pool deck on the eighth floor with city views.

StreetLights Residential reps haven’t returned an inquiry this week about the project’s status, but at last check it was expected to deliver in spring 2023. Across the street, J5 condos by Denzhu US recently underwent a $1-million renovation.

The planned view from Peachtree Street, with St. Marks in the foreground. Courtesy of StreetLights Residential 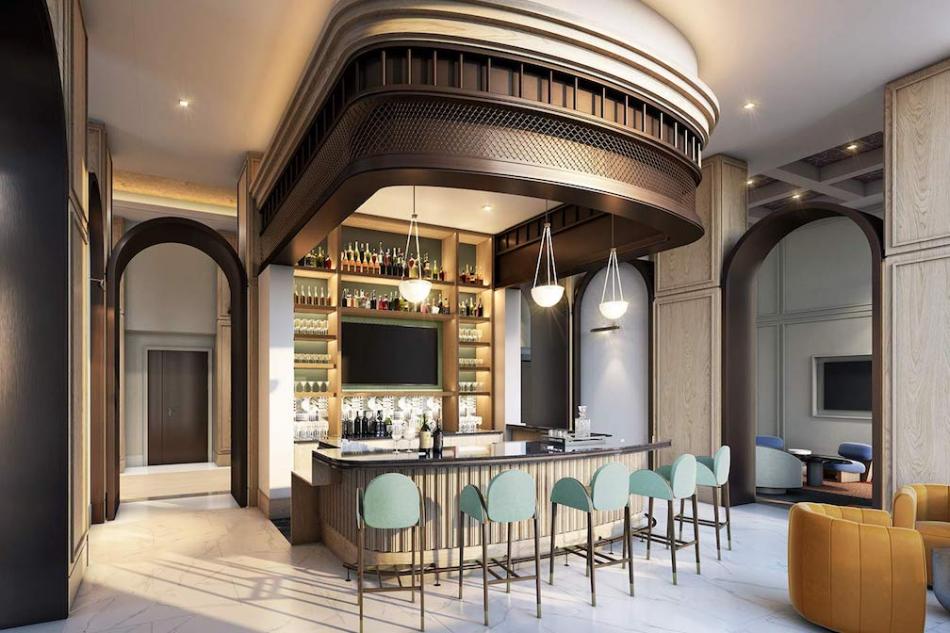 The planned private bar and lounge for residents. Courtesy of StreetLights Residential

The Dallas-based developer has 37 project starts and offices across the South, including the 18-story residential portion of the multifaceted Midtown Union project in Atlanta.

Have a closer look at The Hadley's plans, context, and current state in the gallery above.