Construction appears to have wrapped on a new communal greenspace that aims to enliven a busy Peachtree Street intersection, help revitalize the south Midtown area, and create “a new front door” for the Southeast’s tallest building, according to project leaders.

Bank of America Plaza’s entryway where Peachtree Street meets North Avenue has been rebuilt into a more functional and inviting public setting for lunchtime breaks, yoga, food trucks, and outdoor festivals, among other uses.

Previously, the setting appeared much as it did in the 1990s: garden-like and walled-off, like an uninviting private property. 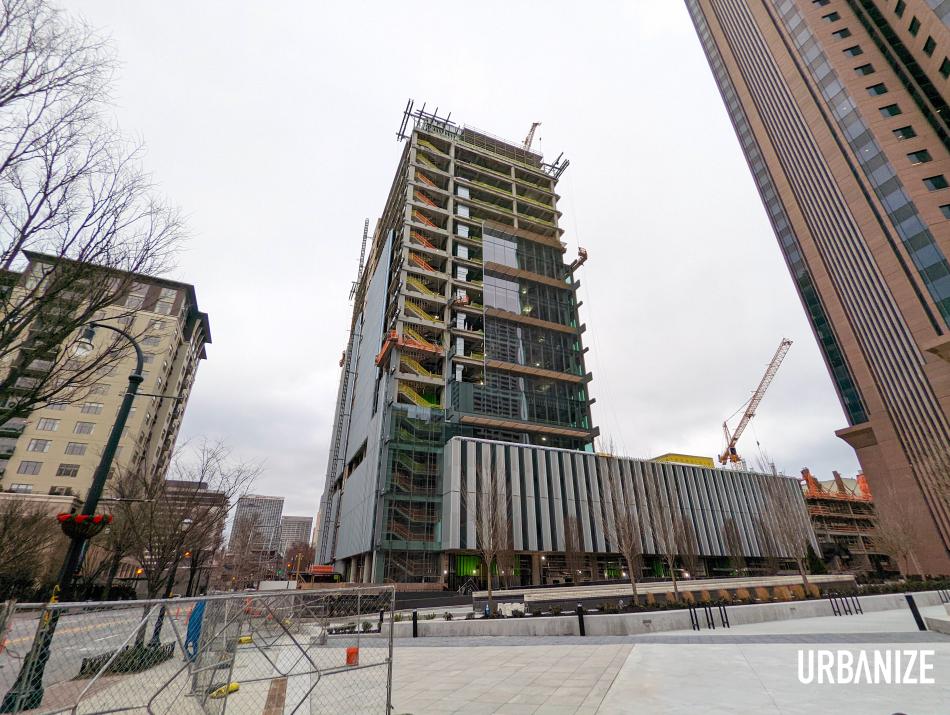 Building owner Shorenstein Properties broke ground on the 1.2-acre greenspace project, as designed by Atlanta-based Lord Aeck Sargent, a year ago this month.

The goal was to fill what Shorenstein calls a void of functional outdoor space in the area, while providing a reprieve from the office that building dwellers will want in a post-pandemic world.

Shorenstein calls the 55-story structure built in 1992 “the crown jewel of Atlanta’s skyline” and the city’s “most iconic” building. The urban park will help connect it to the neighborhood and showcase it from the street, according to the property owners. 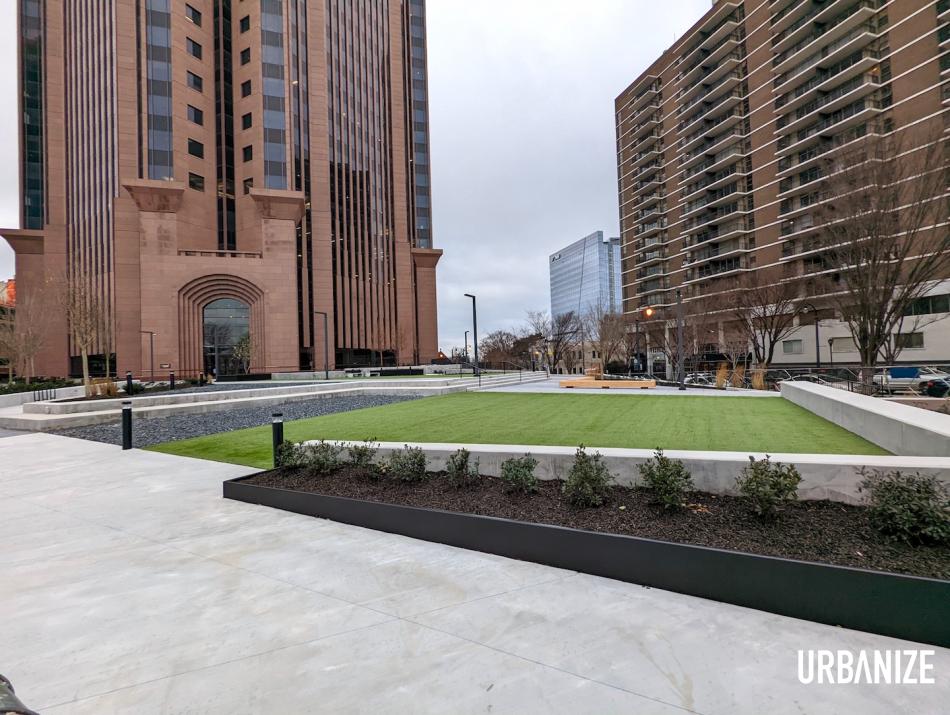 The base of Bank of America Plaza and its new Peachtree-fronting greenspace, as seen in late January. Josh Green/Urbanize Atlanta

Original planters have been removed to better engage the sidewalks, while new hardscape zones made of concrete, granite, and wood decking were installed to create a series of social areas leading to the tower’s entrance.

The finalized park will include fresh landscaping and a mix of tables, chairs, and benches for public use.

Gray Kiser, the project manager at Lord Aeck Sargent, has called Bank of America Plaza a regional icon that, as a product of the early 1990s, never established “any meaningful relationship with the street or its immediate context.” The overarching goal of the park is to better introduce the building into the fabric of Midtown and downtown, per Kiser. 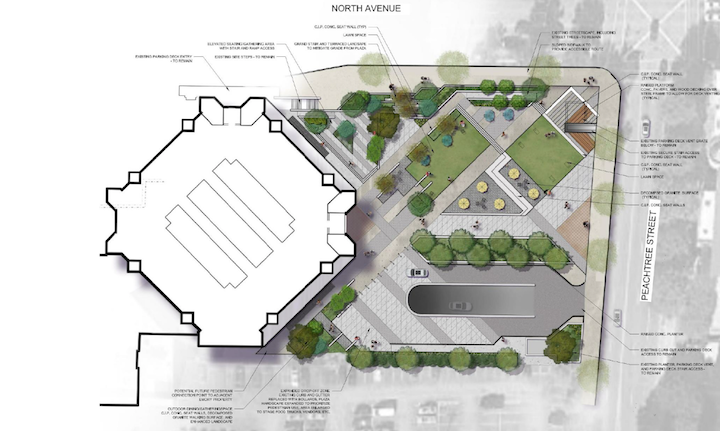 Overview of plans at the corner of Peachtree Street and North Avenue. Courtesy of Shorenstein Properties; designs, Lord Aeck Sargent

A spokesperson for Shorenstein told Urbanize Atlanta in October the greenspace should be open for public use by the end of 2021, but as of late January, fences surrounding the property were still standing. We’ve asked for an updated timeline and will update this story with any additional info that comes.

See more project imagery in the gallery above.