First, the good news about forthcoming lane reductions on Interstate 285: Okay, there is no good news. At least not in the short term.

Beginning in about three weeks, or the weekend after Labor Day, the Georgia Department of Transportation will squeeze Interstate 285 from 10 lanes down to six in what’s already considered one of the metro’s worst traffic bottlenecks.

The lane closures will come around I-285’s intersection with Ga. Highway 400, between Roswell Road and Ashford Dunwoody Road, a main feeder for rapidly growing Perimeter cities such as Sandy Springs and Dunwoody.

In both directions, I-285 will be cut from five lanes to three to install new bridges meant to relieve the area’s notorious traffic pressure. And according to GDOT, the closures could last until next June.

The result, in GDOT’s words, will be a “monumental” traffic shift; or as the AJC puts it, “a colossal headache for hundreds of thousands of motorists.” 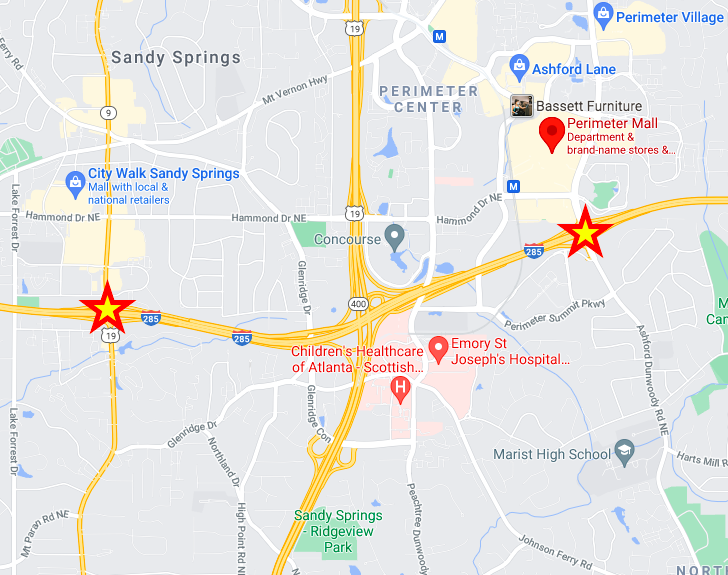 The section of I-285 between Roswell Road (left) and Ashford Dunwoody Road where lane closures are expected to begin after Labor Day. Google Maps

Pandemic or not, the conditions are expected to be so bad GDOT is asking drivers to avoid the area entirely, or at least to travel during non-peak hours if possible. The closures will add roughly a half-hour to commutes, per trip, for I-285 drivers who must pass through that section of the Perimeter, per GDOT’s estimations.

It’s all part of GDOT’s “Transform 285/400” overhaul that began construction in 2017 and was supposed to have wrapped in summer 2020, until the scope was expanded to include new bridges on nearby connecting roads and other components. Now, the finished interchanged is expected to be only slightly smaller than Spaghetti Junction.

As the AJC points out, the next phase—and source of so much predicted pain for motorists—will entail replacing I-285 bridges over Peachtree Dunwoody Road, Ga. Highway 400, and Glenridge Drive. (Huge delays on Ga. Highway 400 are in the forecast as well.) The first section of the Perimeter to close will be the two inside lanes, followed by others as bridge work progresses. 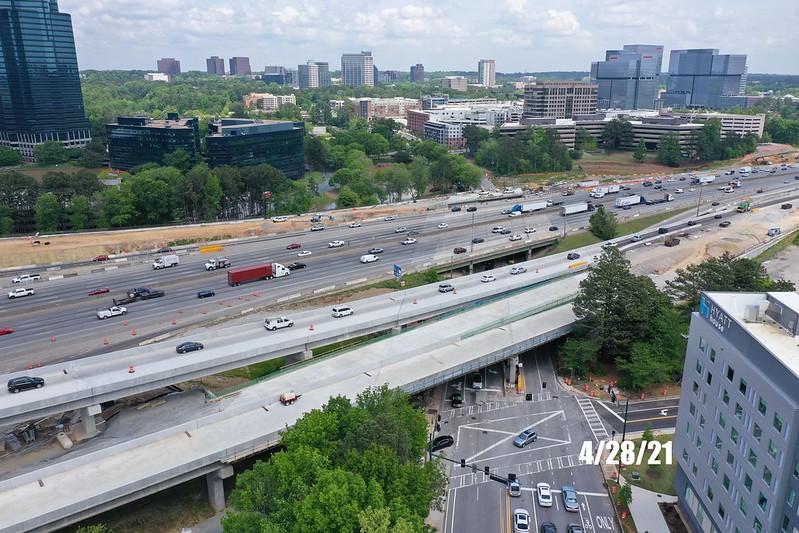 MARTA, meanwhile, is drafting plans and speaking with government leaders about how best to implement bus rapid transit services—with up to five stations—within those lanes.