Following 15 years of planning across three mayoral administrations and more than a year of pandemic-induced delays, the first phase of what's expected to be Atlanta’s largest park will open to the public next week.

An official ribbon-cutting at Westside Park is planned for Tuesday morning, city officials told Urbanize Atlanta today, prior to the announcement of a media-only event at the park on Friday.

Since last year, the park’s initial phase was projected to have opened for public use by this spring or early summer. No reason for the delay has been specified.

Ground broke on the project at the former Bellwood Quarry in 2018, but the pandemic delayed opening plans and changed the scope. An expanded phase one will showcase $44 million worth of work when the gates open next week. 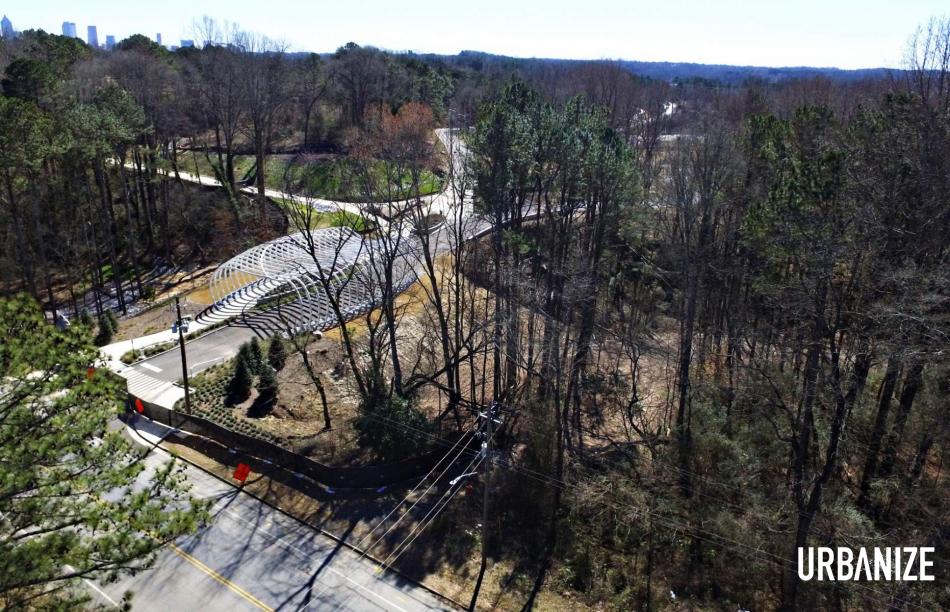 Expect large sculptures, a playground and open fields, plus two and ½ miles of ADA-accessible bike and walking trails linked to the marquee attraction: the “grand overlook” on high cliffs of the former quarry.

Eventually, Westside Park is slated to expand across 280 acres, dwarfing Piedmont Park by nearly 100 acres as the largest in Atlanta.

Connections to trail networks on that side of Atlanta—the Westside BeltLine Connector and nearby Proctor Creek Greenway—are also in the works.

Head over here for an aerial photo tour of the park—and a better idea of its scope—as phase one construction was concluding earlier this year.