The 1585 South Ponce de Leon site in question abuts the PATH Foundation’s Freedom Park Trail, with Shady Side Park across the street. 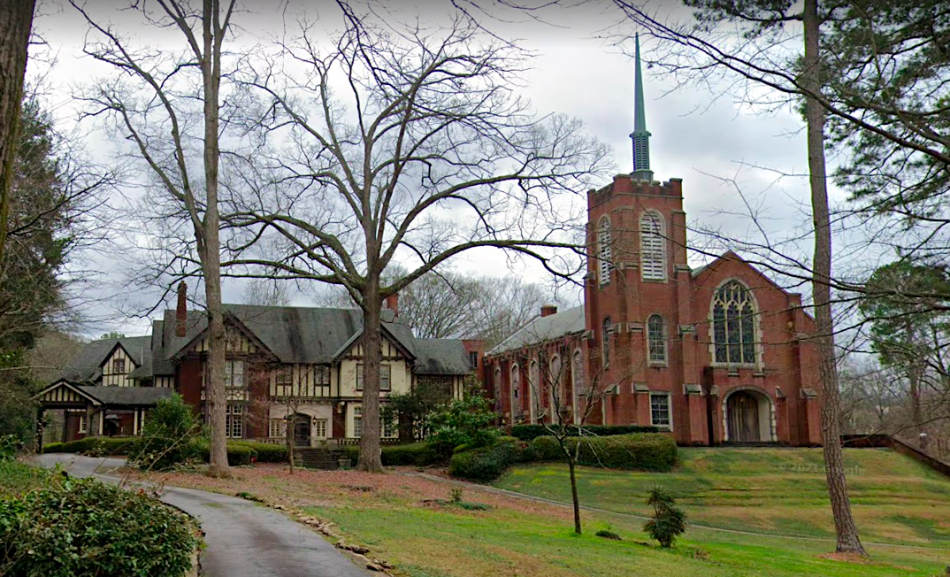 Pinebloom's Tudor-style mansion and the razed church next door, as seen in February 2020.Google Maps

Designed by architect Walter T. Downing, the Tudor home and its carriage house were built in 1914 for Georgia Railway and Power Company president Preston S. Arkwright, while the Jackson Hill Baptist Church was erected later. According to the Atlanta Urban Design Commission, the original home and carriage house are considered contributing structures to the Druid Hills Landmark District, while the church was not.

The Pinebloom property had been up for sale for more than a decade, but concerns about the decaying church building next to the mansion and other circumstances prevented a deal from being struck. Records indicate the property sold to Joel Reed of developer Reed and Company for $3.06 million in March this year.

According to The Christian Index, Reed’s plans for razing the church and repurposing the mansion were approved by both the Druid Hills Civic Association and the church congregation, which will be allowed to worship at a facility on site once construction is complete. 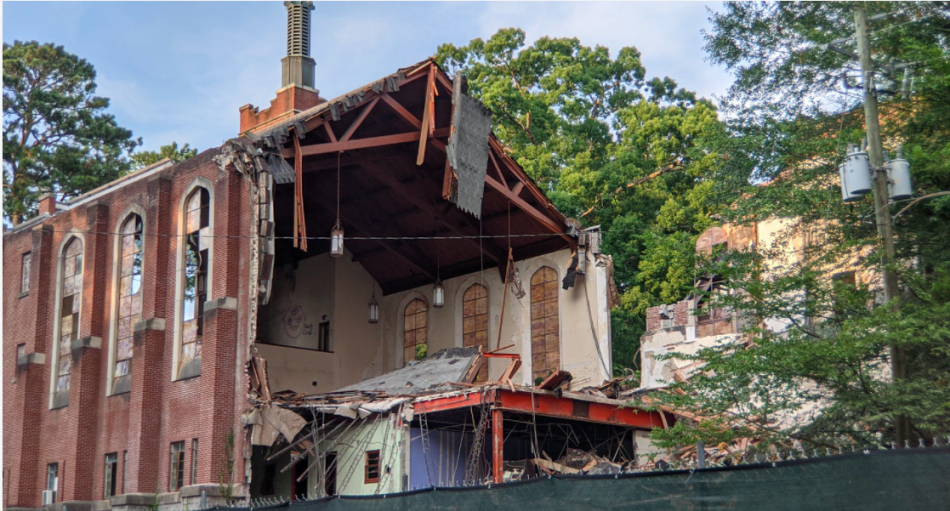 The mansion will be repurposed into five condos total (three on the second floor, two on the third), while 11 villas in one triplex and four duplexes will be built around the site. At the back of the Pinebloom property, fronting Clifton Terrace, three single-family houses are expected to be built, as The Christian Index reported earlier this year.

Downing Park's plans call for the mansion’s first level to be refurbished as amenity space, while elsewhere a pool will be installed, the property’s gardens enhanced, and a fitness center built with a five-car parking garage. 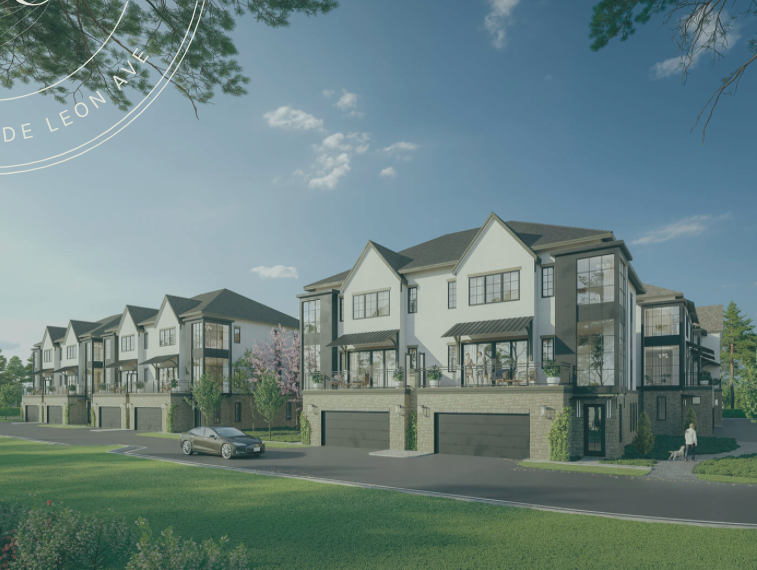 One flank of Downing Park's plans, showing duplexes in the lone rendering made available to date. Downing Park/Engel & Volkers Atlanta

We’ve asked Downing Park’s marketing team for information on construction timelines, unit sizes, and pricing, and we’ll update this story with any further information that comes.

Atlanta’s trend of converting churches into condos, offices, and other purposes began with the redevelopment of a Poncey-Highland sanctuary into the 22-condo Providence on Ponce project nearly 20 years ago. It gathered steam following the Great Recession, and notable examples include Dad’s Garage’s comedy space in Old Fourth Ward, the upscale Lizzie Chapel Flats condos in Inman Park, and architecture firm Kronberg U+A’s offices in Reynoldstown. Numerous other church properties in places such as Edgewood and Kirkwood are following suit.