In the pipeline for years, a modern townhome build that developers say could be among the last of its kind in historic Poncey-Highland is bringing its first offerings to market now.

The Freedom Townhomes project is being constructed on a formerly wooded site between North Avenue and John Lewis Freedom Parkway, across the street from Manuel’s Tavern.

New listings insist that anyone in the intown townhouse market should “seize the rare opportunity to own one of these Freedom Park-adjacent architectural masterpieces.”

The site in question had been targeted for redevelopment for nearly a decade, and it’s been rezoned for townhome use for more than eight years. PacificPoint Realty acquired the site in 2016, grappled with setbacks that included the onset of COVID-19, and began clearing the land last summer. 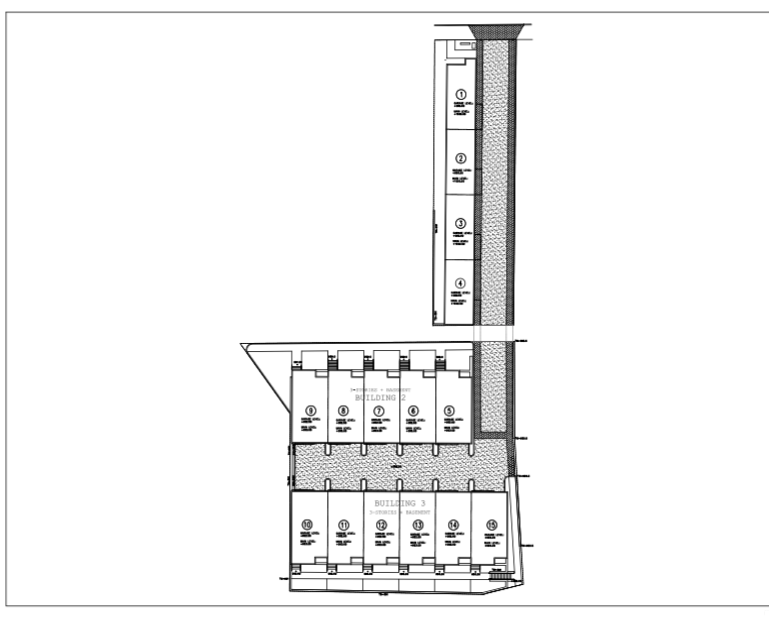 The Kuo Diedrich-designed plans call for 15 units, each standing four stories with a variety of rooftop living spaces and optional elevators. All townhomes will have four bedrooms, with heated interior spaces ranging from 2,225 square feet to just over 2,700. 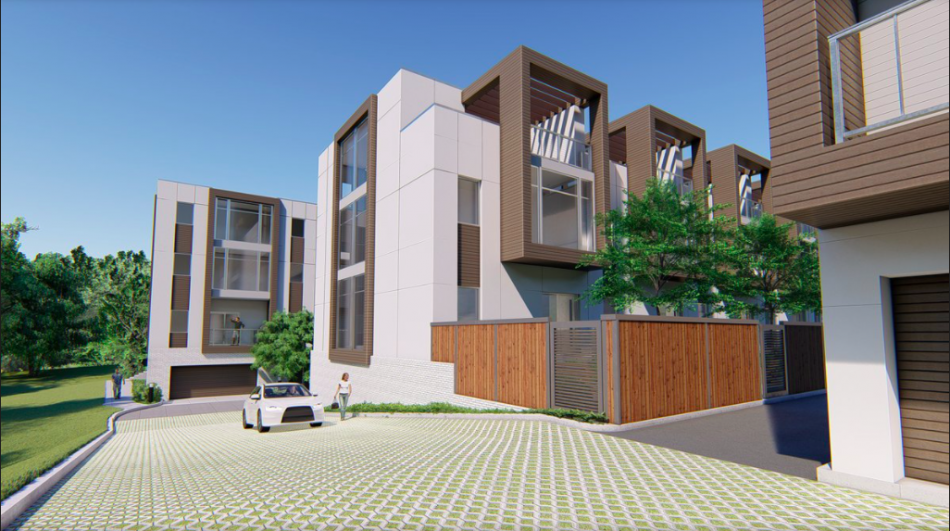 On the flipside, the priciest unit to date has listed for $1.2 million, which gets 2,719 square feet (breakdown: $441 per square foot). HOA fees for both options are listed at $225 monthly.

Poncey-Highland’s historic district designation—adopted by the Atlanta City Council in 2020—means Freedom Townhomes will likely be the neighborhood’s last modern-aesthetic multifamily project, the development team told Urbanize Atlanta last year. Projects that were in permitting phases when the Poncey-Highland Historic District was approved were allowed to move forward. “There won’t be any multifamily [like this],” PacificPoint managing partner Karim Shariff said in June, “and certainly a project like ours would not get approved today.” 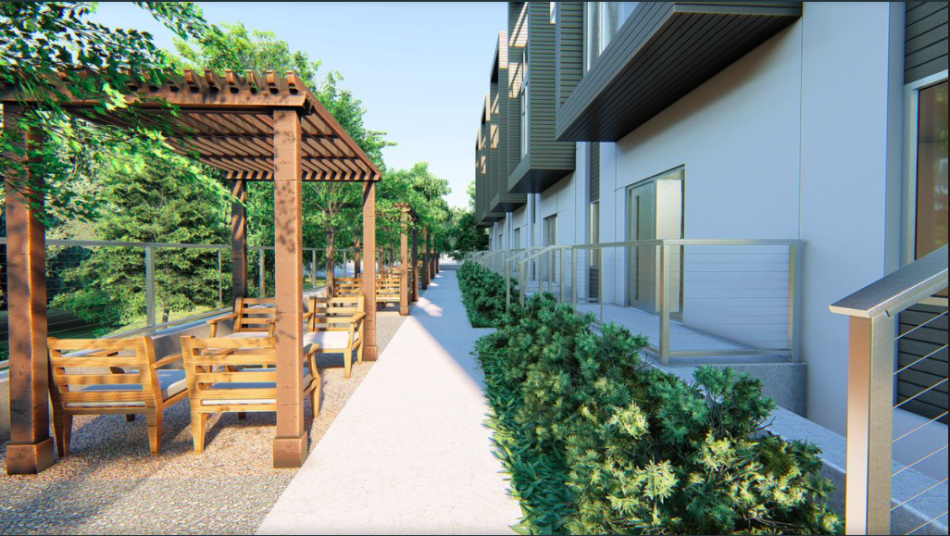 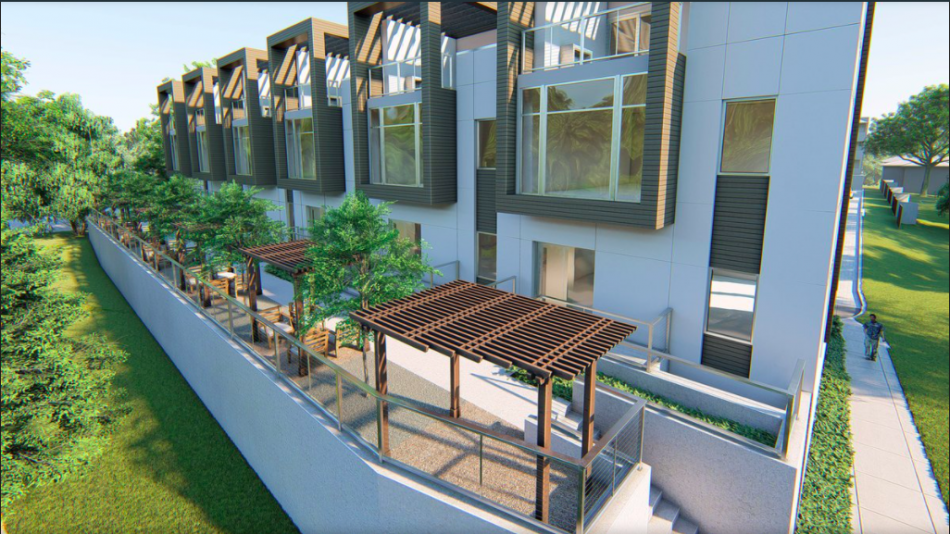 Inside, the townhomes will feature Porcelanosa kitchens with quartz countertops, Bosch appliances, and wide-plank flooring. On the roof, wet bars and fireplaces are upgrades.

Plans also call for extending a public sidewalk through the townhome community from North Avenue to connect with the PATH Foundation trail running through the area.

Head to the gallery for a closer look at what’s coming together now.