It hardly stands out like the grandiose Victorian residences Inman Park is known for, but this 1920s brick home near Little Five Points is historically significant—and as of today, available.

Located a few doors down from the Wrecking Bar Brewpub on Austin Avenue, the 1922 dwelling was designed by noted Atlanta architect Willis F. Denny, who accomplished much in his short life (1874-1905) with a number of works on the National Register of Historic Places that still stand.

Those include Rhodes Hall in Midtown and the Kriegshaber House along Moreland Avenue—the Wrecking Bar’s facility today. (Fun fact: Moreland Avenue was named for Denny’s father-in-law, Major Asbury Fletcher Moreland, who lived on the avenue.)

Known as The Hand-Pittman House today, the Inman Park listing presents a rare opportunity to build in the coveted intown neighborhood while renting out a basement apartment—both aspects that could land the property in a niche category. 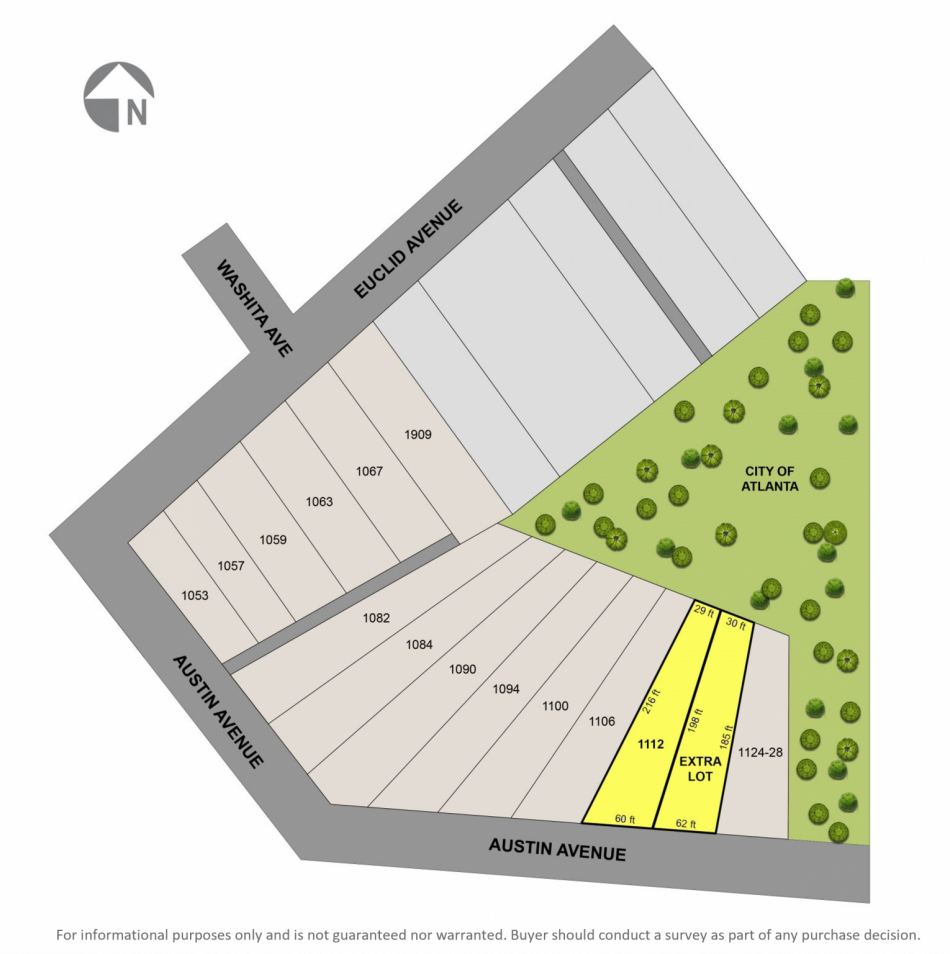 Breakdown of the adjacent Austin Avenue lots in question, with the Bass Recreation Area off Moreland Avenue in green. Courtesy of ERA Real Estate

The three-level home counts four bedrooms and three and ½ bathrooms in a touch over 3,000 square feet. That includes the one-bedroom apartment, which marketers say fetches $1,800 monthly in rent.

Period aspects like original floors are joined with a modernized (but not modern) kitchen and bathrooms (vessel sink alert) for an understated look overall.

That excludes the vintage Beauport Promenade chinoiserie wallpaper, hand-painted in Paris by the Brunschwig & Fils company as part of a limited run. It was installed by longtime Atlantan Maureen Pittman, who acquired the home in 1975 and whose family has owned and maintained it since, according to listing agent Samantha McKinlay, a Realtor with ERA Foster and Bond real estate. 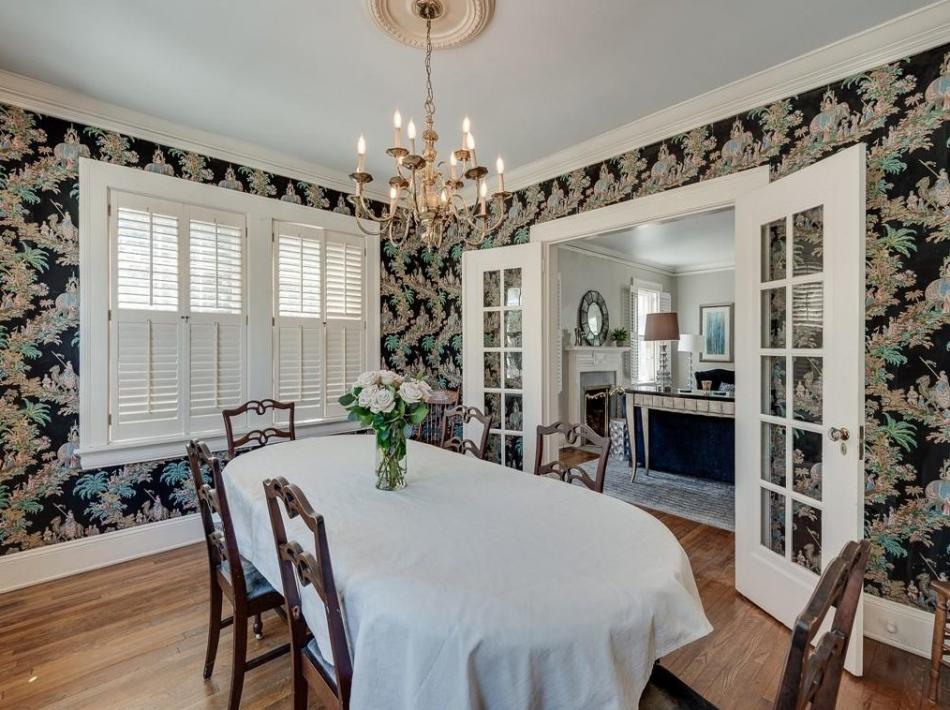 Outside is a versatile deck with a tiny spa perched high over the land—and a double garage that’s technically on the included lot next door.

Speaking of, that 9,000-square-foot property is also zoned R-5, a designation that allows for higher density, such as duplexes. (Marketing materials suggest a carriage house could be built behind the main home, allowing for a clean slate next door.)

Collectively, it’s a chance to get creative in what the listing describes as “one of the most desirable communities in the city.” Explore further in the above gallery.