About a mile west of Atlanta History Center, tucked behind towering hedges and a white-picket fence on West Paces Ferry Road, stands a brick traditional estate that most Atlantans haven’t seen—but one that nonetheless stands out for its historical significance, according to neighborhood leaders and the city’s top preservationists.

Built in 1928, Whispering Pines is considered by historians to be an architectural anchor of West Paces Ferry Road, positioned where the prestigious corridor meets Northside Drive, near the Georgia Governor’s Mansion. But it’s not protected from development. And a proposal to raze the property for a subdivision of eight homes built around a cul-de-sac—decried by the Tuxedo Park Civic Association as “yet another soulless cluster development”—recently had neighbors and preservationists up in arms.

After a series of meetings, however, developers and those hellbent on protecting Whispering Pines say they’re making progress toward that all-too-rare outcome in Atlanta that is finding common ground.

“This is a big deal,” says Atlanta Preservation Center executive director David Mitchell. “This is one of our architectural gems of the city. And this is kind of a watershed moment to really understand what this is, and to make sure these historic properties stay.” 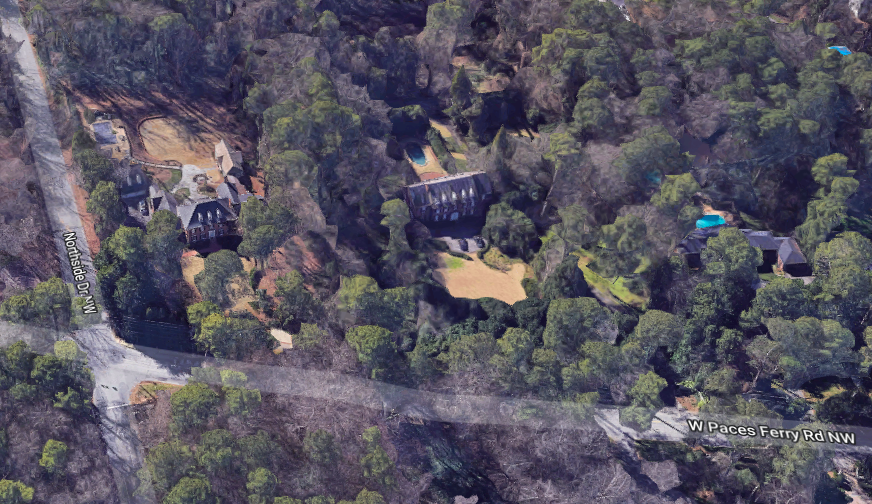 The property in question, at center, and a neighboring home in a similar style where Northside Drive meets West Paces Ferry Road. Google Maps

Designed by the Pringle & Smith architecture firm, the property was built in 1928 as the Harrison Jones House, named for the son of a prominent Atlanta family who taught law at Emory University, became successful in business, and was credited with helping bring basketball to his alma mater, the University of Georgia. A year after the home was finished, a House and Garden profile compared Whispering Pines to George Washington’s Mount Vernon, according to an Atlanta & Environs historical compendium.

Whispering Pines is also valuable as part of a collection, being one of 23 remaining, original estate homes on West Paces Ferry Road dotted from Atlanta History Center to nearly Interstate 75, according to Gloria Cheatham, Tuxedo Park Civic Association president. Cheatham’s research indicates the only original West Paces estate home demolished was called Woodhaven, which was cleared away to build the Greek Revival-style Governor’s Mansion.

“We have something unparalleled on [that] corridor, which is a collection of [work by] some of the greater architectural firms of the early part of the 20th century in Atlanta, and in the region, designing these homes and their setbacks,” noted APC’s Mitchell. “Somehow in 2022, even with the absence of certain standard protections, these places have maintained their existence.” 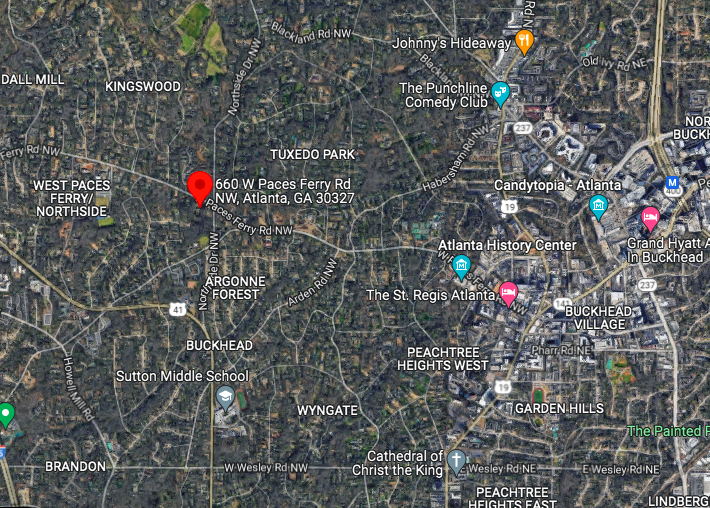 That appeared to be in jeopardy, at least in the case of Whispering Pines, when the family residing there decided to sell.

Records indicate the 7,000-square-foot home on nearly four acres traded for $3.3 million in December. Mitchell described the home itself as being in “great shape,” noting, “This is not some beat-up shack.”

A creek around the property helped dictate plans by developer The Macallan Group for the subdivision that would have razed Whispering Pines. NPU-A voters roundly rejected those plans last month. One idea floated in the name of preservation called for moving the house somewhere else, but Mitchell says that’s a non-starter.

A possible solution is to develop the property under a zoning classification that’s different from standard residential called Planned Development Housing District, or PD-H. That would recognize how the site presents hardships for building and would allow developers more room for creativity, Mitchell said. 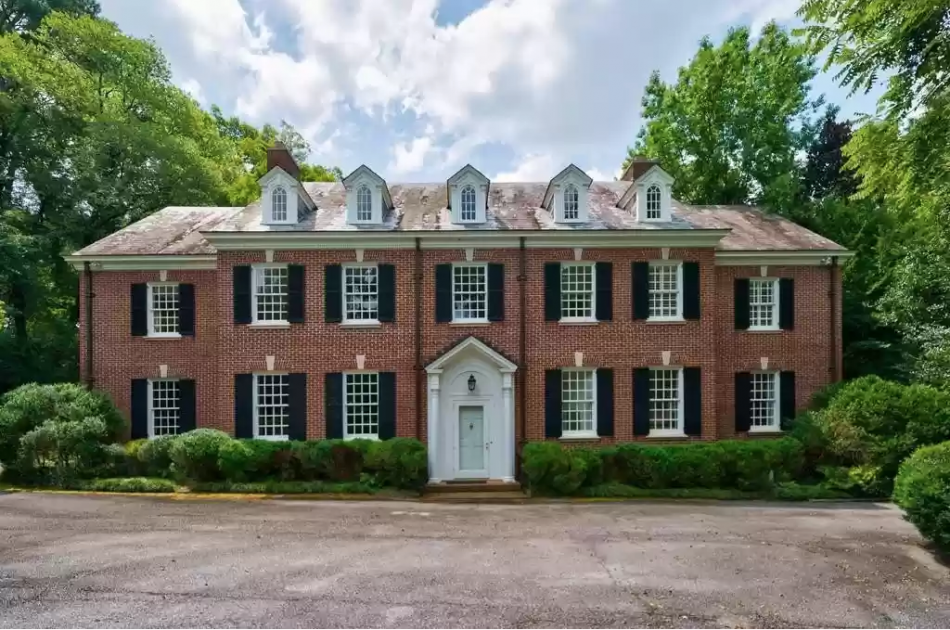 Mike Minutelli, The Macallan Group’s cofounder and managing partner, says the goal of the PD-H would be to build single-family residences around Whispering Pines. He calls the project fluid right now, but notes his company is closely working with APC, NPU-A, Atlanta City Councilmember Mary Norwood, and others to develop a site plan that preserves the original home while making stormwater issues less problematic than they are now. The subdivision could also see a secondary entrance created along Northside Drive to help with traffic clogs.

“We’re hopeful that we can work together to develop a site plan that’s a win-win for all parties involved,” Minutelli wrote to Urbanize Atlanta via email.

“I think we’re going to see some resolution to this hopefully in a positive way in the coming months,” noted Mitchell. “Everybody’s trying to do the right thing here. These are new norms, and from a standpoint of preservation, the look and feel of West Paces Ferry would [ideally] be preserved.”

Jones, Whispering Pines’ original namesake, served as chairman of Coca-Cola’s board from 1942 until his retirement a decade later. U.S. Census records in 1930 and 1940 show his family residing at Whispering Pines, according to Atlanta & Environs.

When Jones died in 1967 at Piedmont Hospital, the Atlanta Constitution noted that the energetic man “once described as a ‘steam engine in pants’” was also a skilled gardener, who “created one of the finest flower gardens in the South at his home, 660 West Paces Ferry Road NW.”