The former hilltop nest of a woman considered the founding mother of Sandy Springs hits the market today at $849,900—a sizable jump from its last sales price when times (and the home’s condition) were different.

Located just west of Ga. Highway 400 and Roswell Road, crowning a scenic 1.4-acre lot over the Chattahoochee River, the three-story contemporary was built and designed in 1992 by the Fulton County city’s first mayor, the late Dr. Eva Galambos.

With its flagstone floors, wood-paneled walls, and stacked stone, it gives off midcentury vibes in places—and postmodern, or even Arts and Crafts, ones in others. It’s said to have 120-degree views of the river, and there’s no shortage of large windows and decks for taking in the gorgeous terrain. 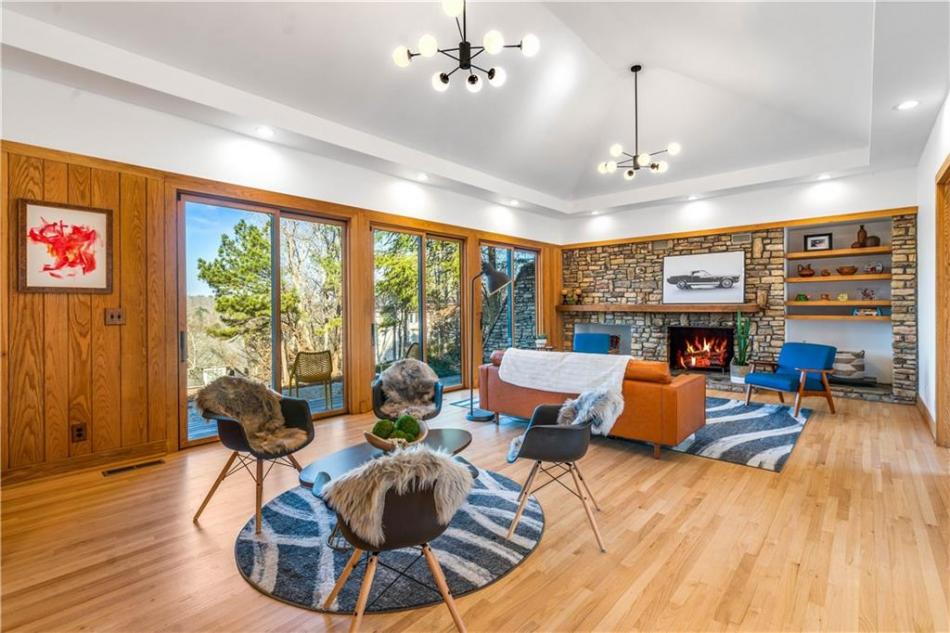 Galambos, who was among Georgia State University’s first class to grant doctoral degrees to women, helped lead the decades-long effort to incorporate Sandy Springs as its own city, carved from Fulton County, in 2005. She died in 2015 at age 87. (The Sandy Springs incorporation and business model was later followed by Brookhaven, Tucker, Chattahoochee Hills, Dunwoody, Johns Creek, Milton, South Fulton, and other metro places that broke from their respective counties.)

Galambos’ former residence is located near the end of a cul-de-sac in the Bentwater section of a community called Grogan’s Bluff, where $200 monthly HOA fees are required, in this case. It counts four bedrooms and three and ½ bathrooms, with non-1990s updates throughout. Zillow pegs the square footage at 3,250. 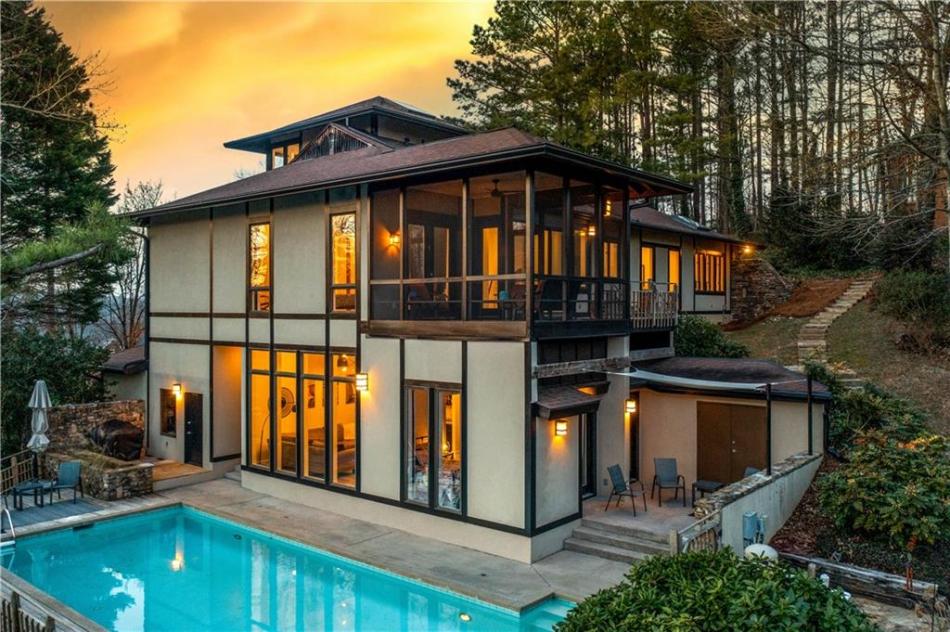 According to property records, the home last traded for $485,000 two years ago, prior to renovations. Those included an overhaul of the now-modern kitchen, which features quartz counters and backsplashes, a farmhouse sink, and maple cabinetry and an island custom built for the space.

Less sexy alterations included everything from new water heaters and exterior stucco to the gutters and can lights, according to the Compass listing. 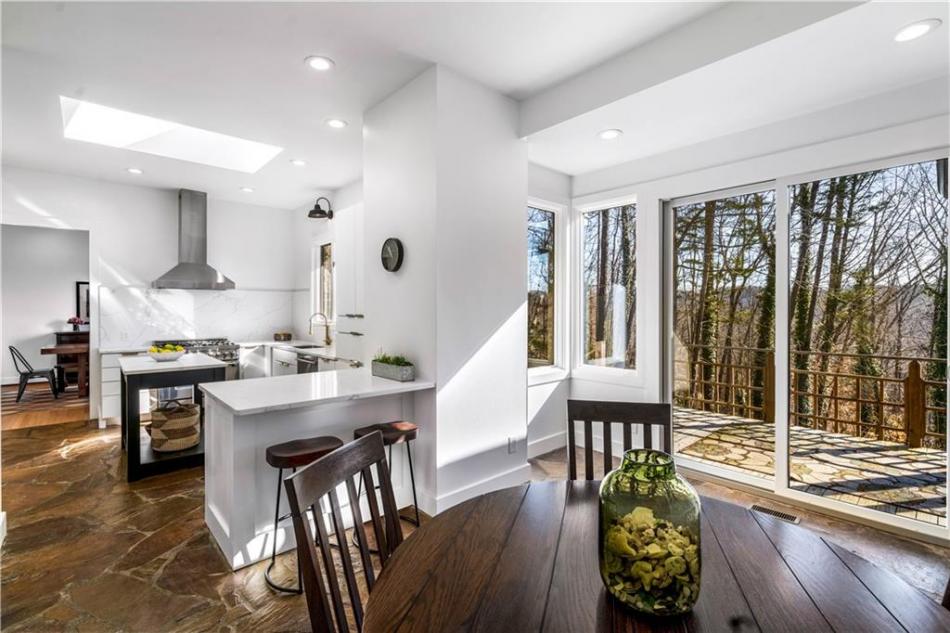 Additional perks include a hip wet bar off the pool, the living room’s real fireplace, a private screened-in deck off the master bedroom, the finished, flexible basement, and yes an elevator for accessing main levels.

Mosey up to the gallery for a closer look.