Like the Boulevard Heights neighborhood a few blocks away, Grant Park is adding another new pocket of housing that touts easy walkability to the BeltLine’s Southside Trail corridor.

The project, Eloise at Grant Park, is the first in the historic neighborhood by national homebuilding behemoth Toll Brothers, an active intown player whose current builds run the gamut from Decatur townhomes and Edgewood condos to a Jenga-like Midtown high-rise.

Named for its street, the Eloise venture is bringing a mix of 18 stacked condos (some of them multi-level options above garages) and 12 townhomes to a hilltop site just west of Ormewood Park.

Doorsteps will be two blocks (as the crow flights, but three blocks on foot) from the BeltLine’s Southside Trail corridor. 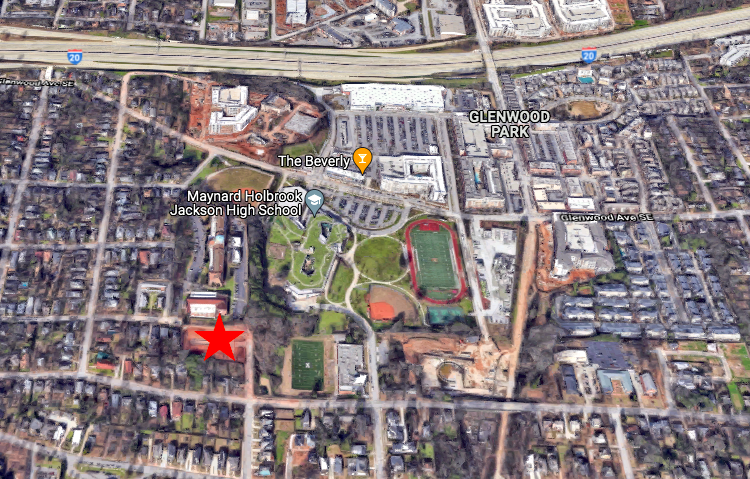 The Eloise Street development site in relation to the Southside Trail corridor, at right, and Glenwood Park retail. Google Maps

The site was previously targeted for a distinctly modern townhome project called The Highline at Grant Park that broke ground about three years ago but never went vertical.

According to marketing materials, the Eloise at Grant Park will start delivering this fall in what’s described as an “ideal scenic location” near Zoo Atlanta, greenspaces, and more than 150 restaurants, pubs, and coffee shops, per Toll Brothers’ count.

The condos will start from 656 square feet, with one to two bedrooms, and one to two bathrooms. 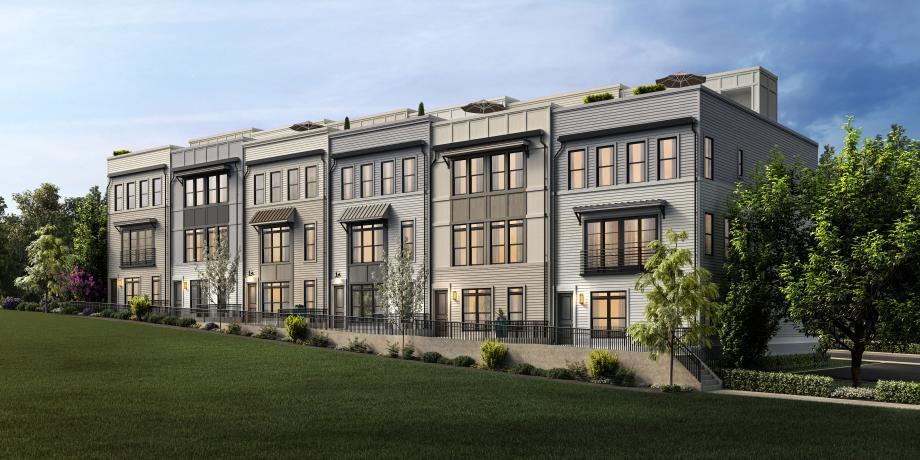 Townhomes, meanwhile, will range from 1,534 square feet up to about 2,000 square feet. They’ll offer between two and four bedrooms, with two to three and ½ bathrooms. All units will have wide hardwood flooring, and some will include rooftop terraces.

According to a sales rep, prices are still being finalized and aren’t yet ready for release. (Any guesses?)

The Flats at Eloise at Grant Park will offer home buyers the choice of three open concept home designs. Available homes include 3-story, 2-bedroom, 2.5-bath designs with a 1-car garage up to 1,280+ square feet; and a single-story, 1-bedroom, 1-bath home design that is 656+ square feet. Buyers are able to personalize their homes with a selection of specially curated designer finish packages to complement the outstanding included features. Flats prices will start in the upper $200,000s.

The Townhomes at Eloise at Grant Park will feature three stories of luxury city living with fourth floor rooftop terraces, modern farmhouse styling, and scenic views on select home sites. The townhome designs range from 1,534 to 1,922+ square feet and feature 2 to 3 bedrooms, 2.5 to 3.5 baths, and 2-car garages. Townhome prices will start in the low $500,000s.

For more context, and a closer look at what’s to come, hike up to the gallery above.