Fans of inimitable Atlanta buildings and interior design have seen one notable loft after another blip the listings radar at Cabbagetown’s Fulton Cotton Mill Lofts—aka, The Stacks—over the years.

But anyone who says they foresaw the day when a renovated Stacks two-bedroom would flirt with $900,000 is probably fibbing.

Then again, this is no ordinary flip. Or rehab, you might say.

It’s the work of renovation pro Alison Victoria, star of a certain TV show we’re not allowed to name. Victoria specializes in transforming long-in-the-tooth historical properties in a certain blustery city where she’s from, and the results are often a striking blend of sexy, restrained modernism and vintage glamour.

Unit E412 at the Stacks is no exception—and it’s clear at a glance that few details weren’t attentively chosen. 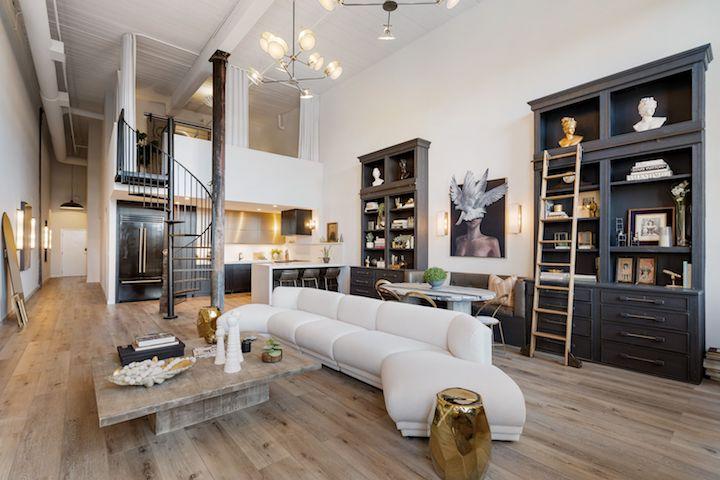 Compass agent Armando Morales, who shared a preview of the listing with Urbanize Atlanta, said Victoria was drawn to Atlanta by friends who live at The Stacks and encouraged her to give the Big Peach a gander.

“[She] fell in love right away with Atlanta and The Stacks,” Morales says. “She knew she wanted to buy a loft in the building.”

A pioneering adaptive-reuse project, the 500-unit landmark building just east of downtown had originally functioned as a 19th century cotton mill. Transformed into lofts in the 1990s, it withstood a wicked fire in 1999 and a tornado in 2008. 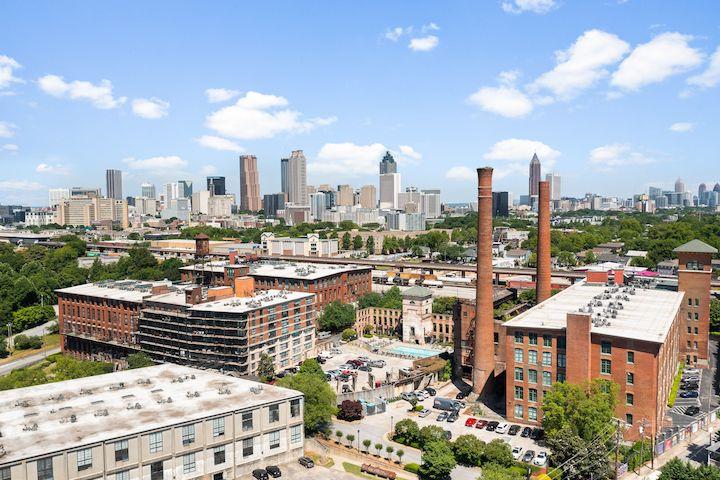 After closing on the two-bedroom, two-bathroom loft in question, Victoria hired a team of local vendors and contractors for her first Atlanta flip. The palette was an 1,856-square-foot unit on the fourth floor—the top level, with views of the complex’s courtyard and iconic water tower—until an extension of the mezzanine brought the space closer to 1,950 square feet.

Morales says the loft underwent a full personality switch, beginning with the walls and ceiling being painted bright white to make the airy space feel even more vast. The planned asking price of $899,000—potentially a record for the building and Cabbagetown in general, by a wide margin, with one exception—reflects that effort and outlay. [UPDATE: The sales team informs us the asking price for this Cabbagetown loft will now be $949,999.]

A smaller Stacks condo closed at $650,000 earlier this year. Another option with a bonkers 70-foot tower in the living room has aimed even higher. But Victoria’s secret (until now) would squash those numbers.

Again, however, this is pretty much the antithesis of a fly-by-night flip. The iron staircase—a common motif in the building—was reconfigured for more kitchen space, with a blown-glass finial rolled in 24-karat gold leaf added for drama. The kitchen now includes a built-in, peek-a-boo espresso machine and artistic, focal-point range hood.

Back downstairs, a custom banquette flanked by a beefy built-in shelving system adds functionality and flair. Ditto for the towering industrial windows. 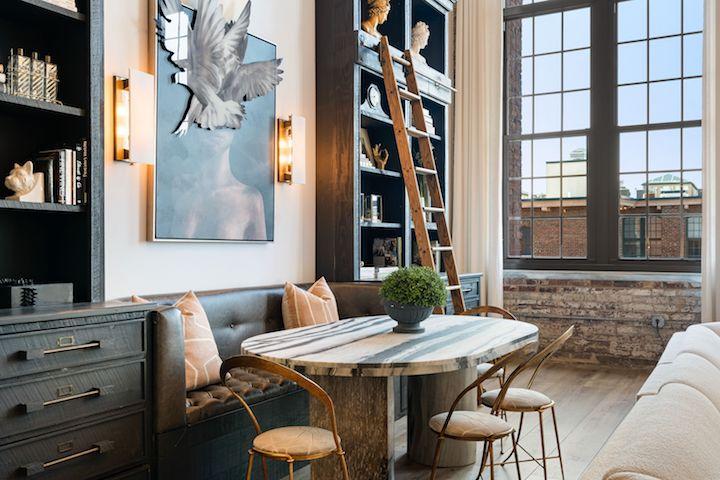 “This is a one-of-a-kind home in a one-of-a-kind community full of history, uniqueness, and character, designed by a top designer,” Morales wrote via email, in summation. “She took a loft that was full of potential and made it into a home that's elevated and luxurious, blending it seamlessly with the essence and architectural characteristics of The Stacks."

Unit E412’s listing is expected to go live June 3. For now, find a thorough tour in the gallery above.