By now, most Atlanta homeowners have gotten those pesky calls from the ether asking if they’re willing to sell their homes—and if so, for how much.

If a recent Georgia Multiple Listing Service analysis is any indication, ITP homeowners have been demanding too much cash for Wall Street’s tastes, generally speaking.

Much has been written in recent weeks about the explosion of investor homebuying across metro Atlanta during the pandemic’s second year—as an influx of new residents and Wall Street capital, coupled with historically low housing supply, have cranked up the heat on affordability issues and banished multitudes of people from core counties entirely. The Washington Post recently reported that one in four homes sold in metro Atlanta last year is now owned by an investor—as opposed to individual homeowners going the traditional route toward building wealth.

With 2021 in the books, Georgia MLS delved deeper into the issue. 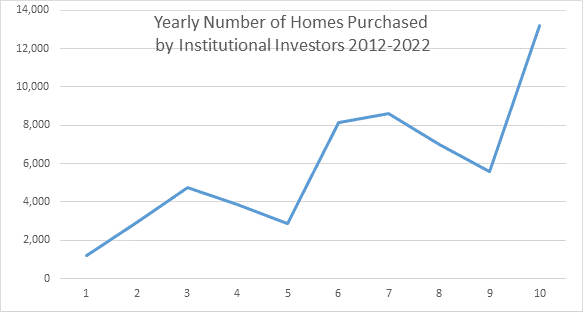 A decade's worth of investor homebuying activity around the metro. Georgia MLS

Analysts found that 59,979 homes in metro Atlanta are now owned by corporate entities, which typically convert for-sale housing to rentals and pluck homeownership options off the market.

That number represents about a 30-percent increase of housing owned by institutional investors across the region in a single year. And the dearth of available, for-sale housing (a one-month supply, or less) is sending prices in most counties through the roof.

The study's most interesting finding, however, could concern the relative lack of investor activity ITP.

While some neighborhoods and zip codes are exceptions, Georgia MLS’s findings show a clear donut hole of investor buying in the center of Fulton County and City of Atlanta. What gives? 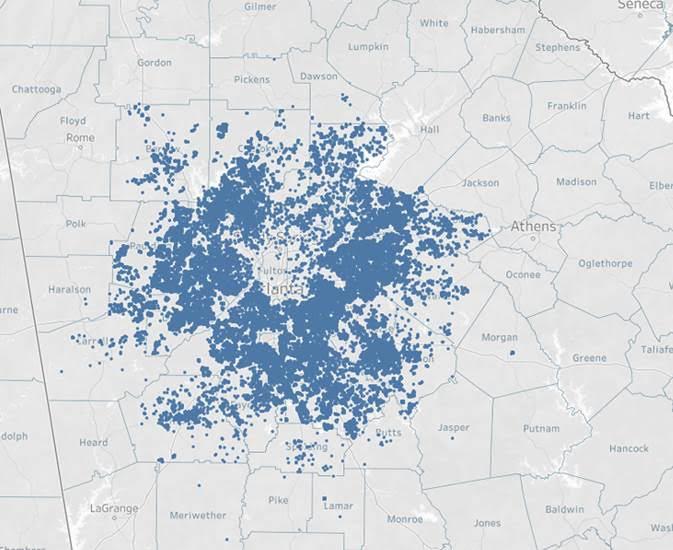 “This market condition causes institutional buyers to seek less expensive properties outside the city, then hold them for lease,” Ryan wrote in an email. “The need for rental housing has also seen the development of purpose-built, new construction subdivisions that are strictly for rent.”

In recent months, new for-rent townhome projects have blipped the radar from Stone Mountain to Lawrenceville.

Projects with similar approaches—delivering leasable townhouses, as opposed to traditional for-sale units—are cropping up in a variety of intown Atlanta neighborhoods, too, from Edgewood and Pittsburgh to Peoplestown and Grant Park.

That’s not to say everyone’s a fan.

South of Atlanta in Henry County, for instance, Stockbridge approved a moratorium last year on all residential construction after a new subdivision of homes that were supposed to individually sell from $200,000 instead sold in bulk to a California-based investor. That investment company, in turn, offered homes for rent at $1,600 monthly.

One Stockbridge official likened the switch to “putting a detached apartment complex in the middle of a residential, single-family, owner-occupied community.”

• In Atlanta, is an exodus to the suburbs really happening? (Urbanize Atlanta)