One of downtown Atlanta’s busiest intersections is about to become a whole lot more dazzling, according to State Farm Arena officials.

With the start of the Atlanta Hawks’ season just two days away, and Georgia’s crucial 2022 midterm elections looming, Hawks and arena leaders will officially flip the switch on what they’re calling the largest billboard in Georgia this afternoon. For its first 24 hours in service, the titanic LED signage will feature messaging urging Atlantans and Georgians to vote, officials announced today.

Located at the corner of Marietta Street and Centennial Olympic Park Drive, the new wrap signage by Daktronics is 138-feet wide and 36-feet tall, topped with a separate circular display more than 20 feet in diameter—collectively almost triple the size of roadway billboards.

It’s been installed above Hudson Grille restaurant and bar at the arena’s Sapphire Parking Deck, between the Glenn Hotel and CNN Center, diagonal from Centennial Olympic Park. It replaces an oversized clock structure and “ATLANTA” signage mirroring that on the side of the arena.

If a promo video is any indication, the billboard will also scroll Hawks highlights and ads for brands such as Bud Light, adding 4.8 million LEDs—and lighting visible for several blocks—to the marquee downtown corner. (Updated renderings and photography are being withheld until after a 3 p.m. unveiling ceremony today; we'll update this story with new images when available.) 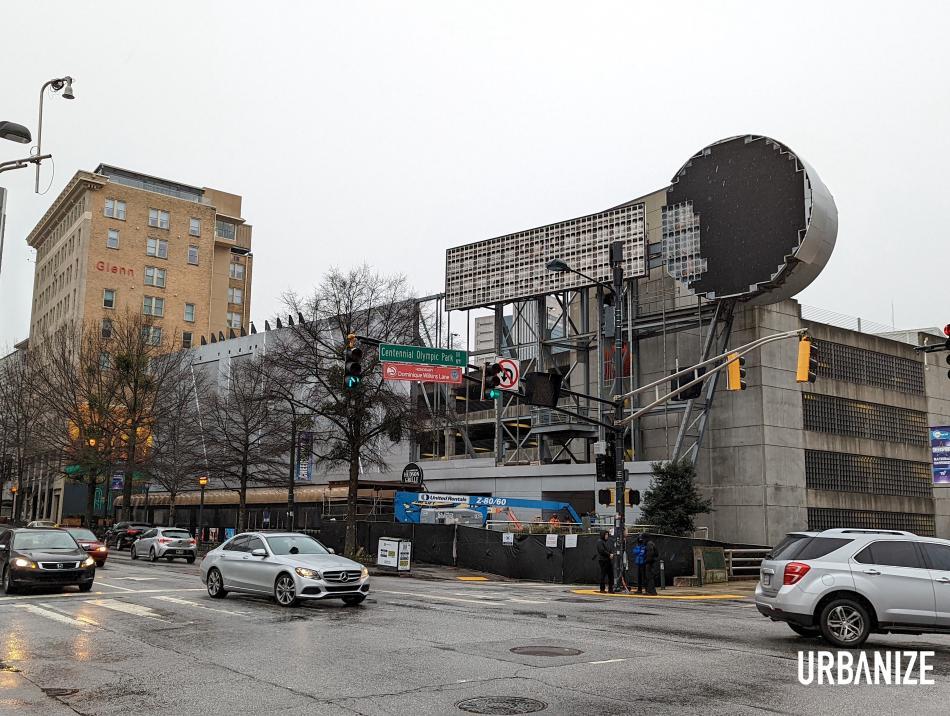 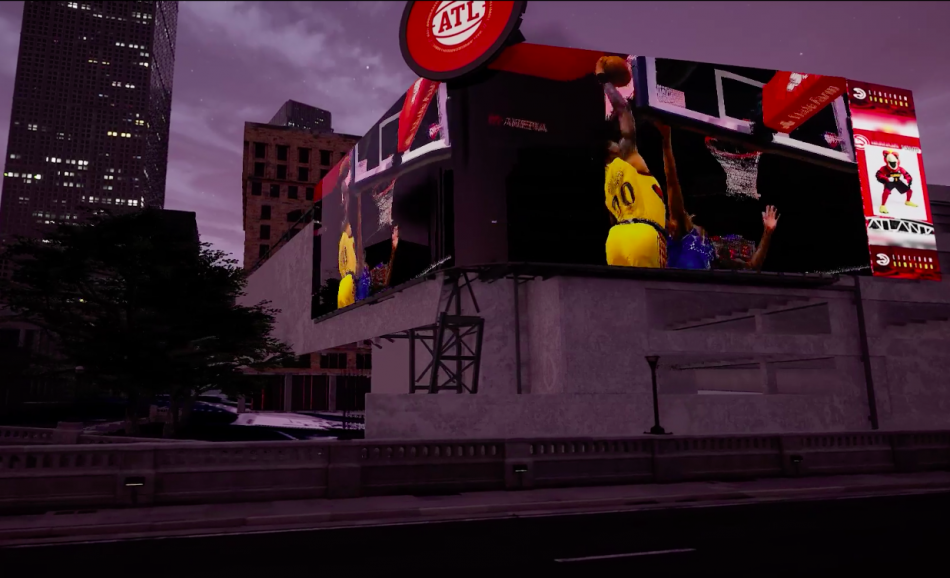 Arena officials describe the imagery from each board as “stunningly clear” and note the technology also has the ability to show live broadcast and video streams.

The new signs’ messaging won’t be State Farm Arena’s first foray into the politic realm. During the 2020 election cycle, the arena was transformed into the largest voting precinct in state history, logging more than 50,000 votes cast.

It’s also not the first massive billboard the arena will debut this year.

Unveiled in April, the first marquee stands more than 42-feet tall—weighing 88 tons—at the corner of State Farm Drive and Dominique Wilkins Way on Centennial Olympic Park Drive, above the stadiums’ underground MARTA station. That signage is 70 percent the size of an NBA full court, with nearly 3 million LEDs, according to project officials. 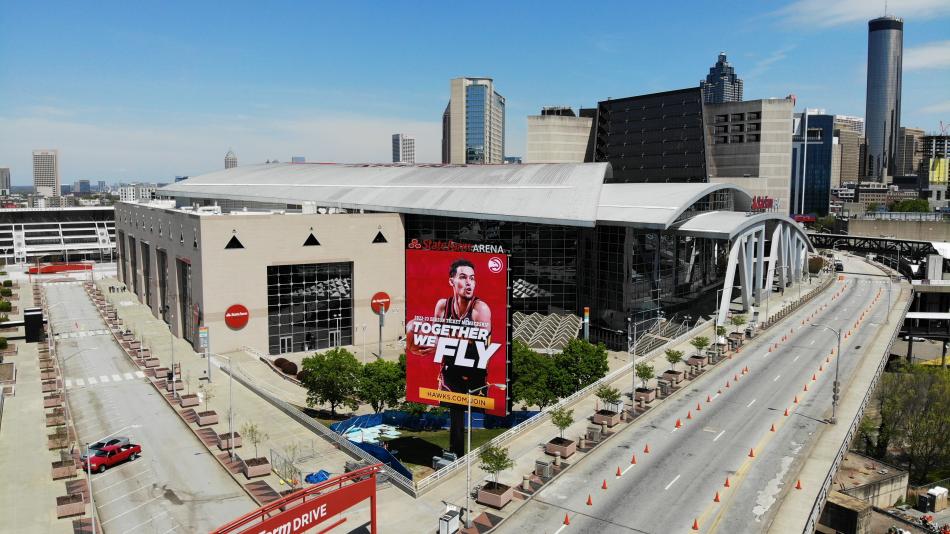 Overall, the signs have brought more than 9,000 square feet of digital signage outside the Hawks’ roost and popular concert venue.

The former signage at Marietta Street and Centennial Olympic Park Drive had a rocky relationship with functionality.

After debuting in the mid-1990s as part of Philips Arena, the clock had stopped working (plagued with technical issues) before the structure took a direct hit from a tornado that tore through downtown and Cabbagetown in March 2008.

The clock and signage were left in shambles for more than four years as arena officials worked with the city on a proper replacement that initially included a new LED timepiece—later used as ad space—standing 24-feet tall off the side of the building.