Due south of downtown Atlanta and just north of the world’s busiest airport, a new community of standalone houses is starting to take shape that continues a surge of residential options in relatively under-the-radar Hapeville.

The Epic Development project is claiming vacant land about a block off North Central Avenue, Hapeville’s main drag, just east of Interstate 85. It’s about a 10-minute drive from downtown—that one time there wasn’t traffic.

Jim LaVallee, Epic’s director for development and strategic planning, tells Urbanize Atlanta his company has completed the majority of site development work at Stillwood. The first phase of 12 homes and pool cabana are set to begin construction next week, and the project’s website is now live. 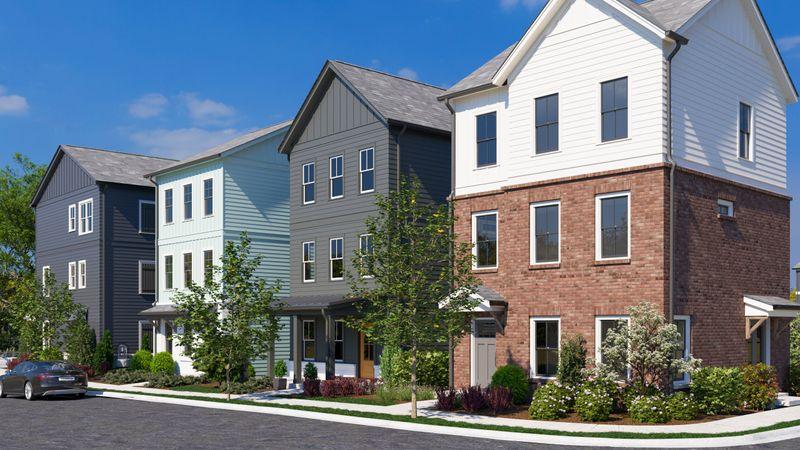 A sample of facades and setbacks planned for Stillwood. Epic Development/ownstillwood.com

The project is named for one of its streets, Stillwood Drive. It’s described in promotional materials as “thoughtfully designed” to capture Hapeville’s “unique spirit,” with three-story architecture that “calls on classic American design with clean lines and sleek details.”

So far, floorplans preview buying options that could be cheaper than similar product in many intown locales. 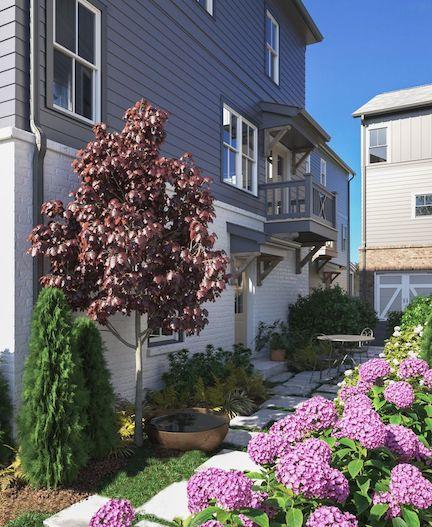 An example of courtyards and gardens planned between homes. Epic Development/ownstillwood.com

The least expensive option—a house with three bedrooms and two and a half bathrooms in 1,755 square feet—is asking a hair over $500,000.

On the flipside, a four-bedroom, three-and-a-half bathroom option asks $637,375 for 2,025 square feet. That’s the priciest residence so far.

Swing up to the gallery for a deeper dive into Stillwood as vertical construction begins.