Gwinnett Place Mall’s days as a traditional mall—albeit one on life support—are numbered. But exactly what the ailing Duluth shopping hub will become next has yet to be determined, with public input set to play a significant role.

Gwinnett County bought the 39-acre mall property last year for $23 million from developer Moonbeam Capital Investments, which had failed to kickstart Gwinnett Place redevelopment dreams that’ve been bandied about for more than a decade.

Now, seven months after the Gwinnett Place Community Improvement District selected a planning firm to lead the mall’s redo, officials report that a revitalization strategy dubbed “Gwinnett Place to Be” is on track for real change. 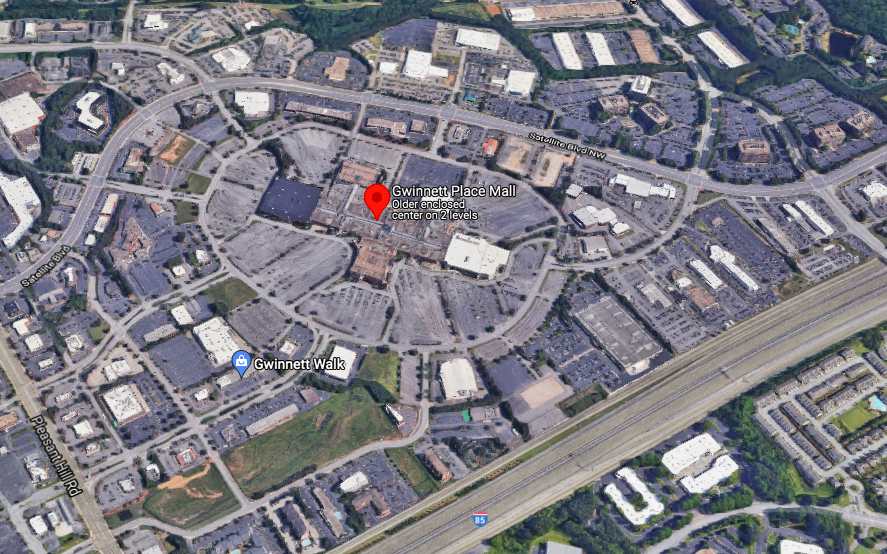 They’ve created a website for gathering public feedback, with a goal of synthesizing both plans together as a starting point for redevelopment.

Similarities abound. Both plans call for creating a centralized park and wiping out most of the existing mall, with the exception of big-box spaces (and parking lots) currently occupied by Macy’s, Mega Mart, and department store Beauty Master.

Both concepts would infuse the property with thousands of residences, offices, and more retail, with about 16 acres of parks and bike paths scattered throughout, replacing the bulk of Gwinnett Place’s parking lot seas. A transit hub would be built at the property’s western edge.

Key differences would involve density, the scope of public investment, the speed of projected development, and one concept’s emphasis on international culture and character over commerce. 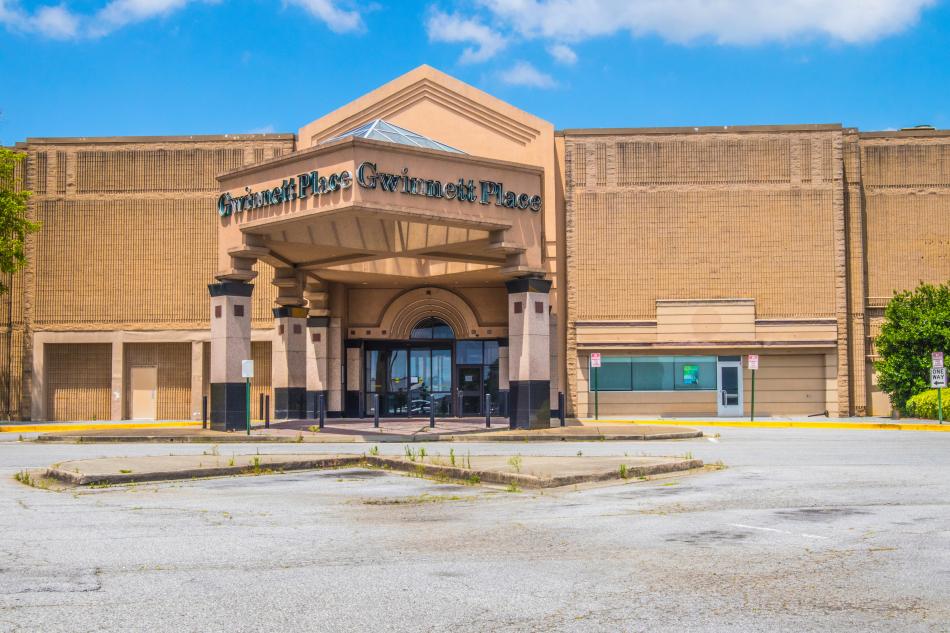 A weedy main entrance to Gwinnett Place Mall as seen in 2020. Shutterstock

“We’ll be zeroing in on a single concept later in May, then focused on putting together an implementation strategy in June and July,” VHB’s Allison Stewart-Harris told Urbanize Atlanta, via email. “Right now, we’re targeting August to be wrapped up.”

According to Gwinnett CID officials, VHB has a track record of successful mall redevelopment and “identifying the best possible development opportunities for sites in transition” across the country. The firm specializes in transportation planning and engineering, land development, planning and design, and environmental services.

Gwinnett Place has fallen far from its heyday as the region’s premier suburban shopping center. It debuted to great fanfare in 1984 as Gwinnett’s first mall, with original anchors that included Rich’s, Sears, and Davison’s. Regular visitors flocked from as far as South Carolina.

Challenges came with the openings of two more Simon Malls properties, Mall of Georgia in 1999 and Discover Mills in 2001, that pulled from the Gwinnett Place customer base. As tenants dwindled, Simon Malls eventually cut bait with the faltering mall in 2012—followed by another blow two years later, the departure of anchor tenant Belk.

Gwinnett leadership has previously cited the Belmar mixed-use district in Denver and Houston’s CityCentre as potential sources of inspiration for Gwinnett Place. Proximity to Interstate 85, Ga. Highway 316, Gas South Arena, and the cultural melting pot that Duluth has become are considered selling points.

But what’s the best tactic for moving forward? Have a gander at both redevelopment concepts below: 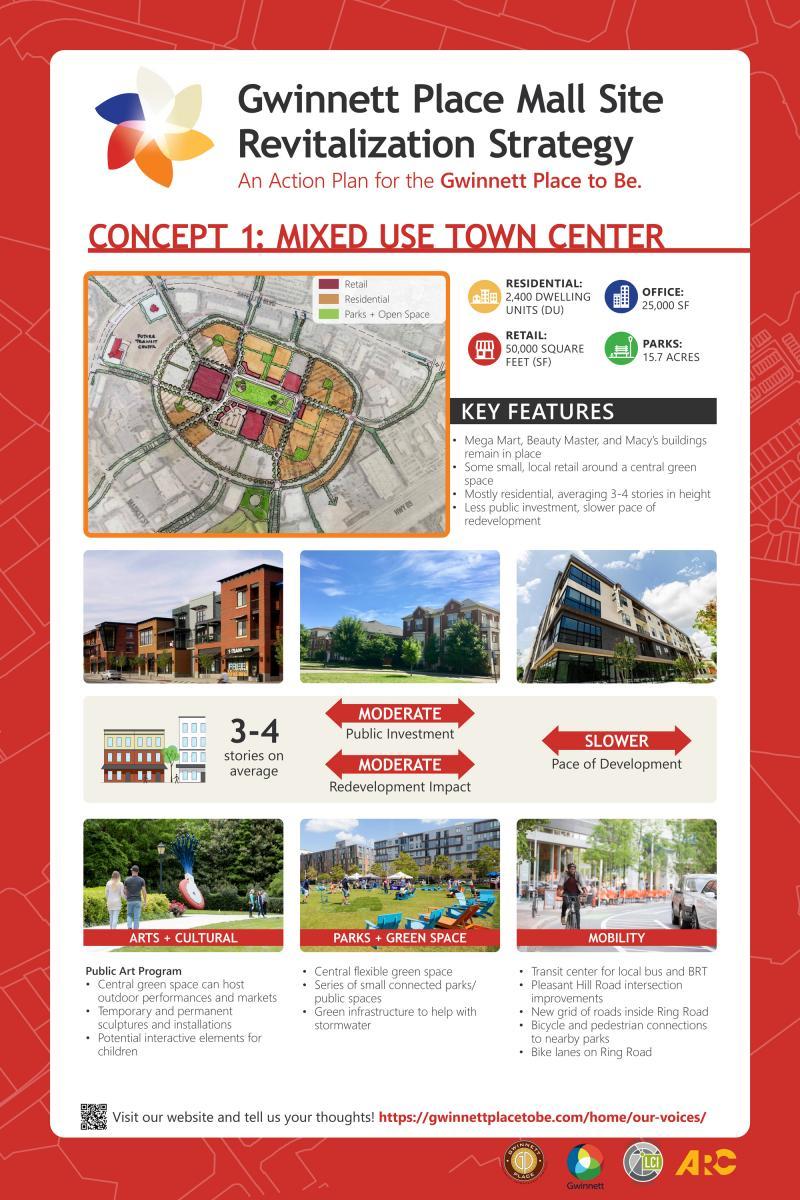 Gwinnett Place to Be 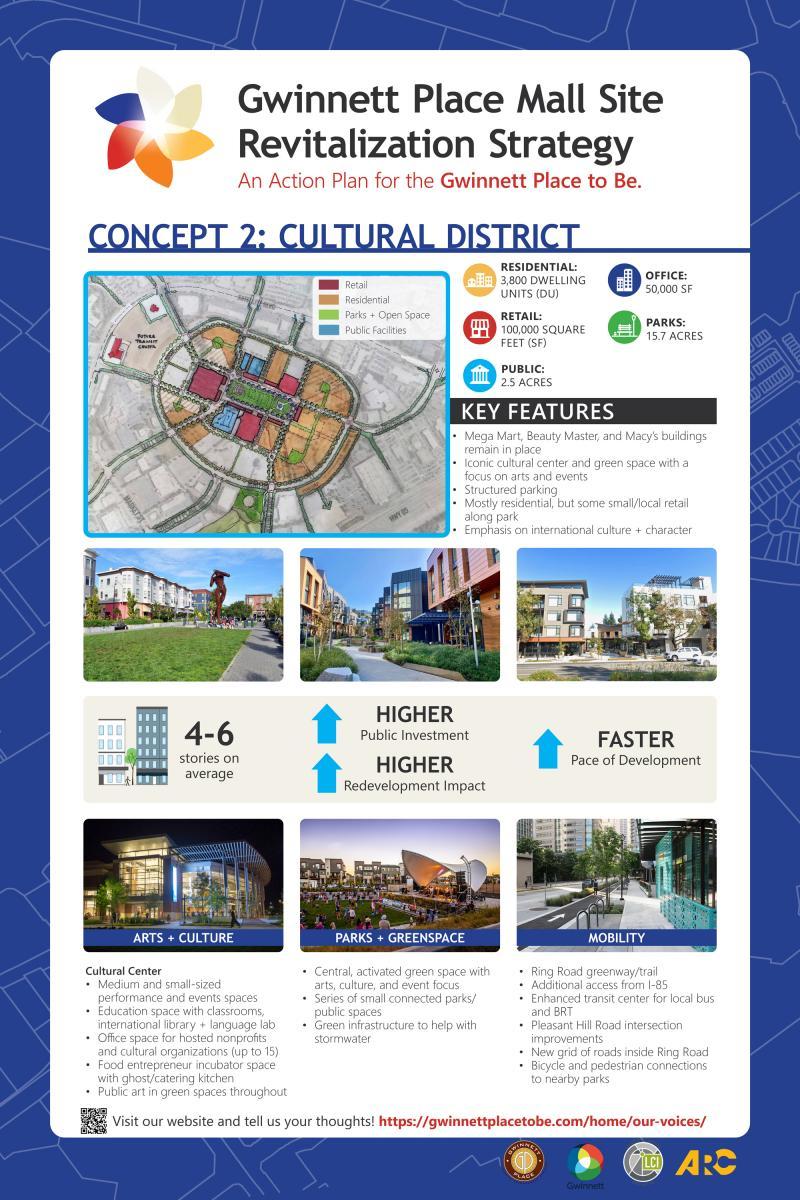 Gwinnett Place to Be

For an easy comparison, toggle back and forth below between the more heavily mixed-use Concept 1 (outlined in orange) and the cultural district Concept 2 (outlined in blue): 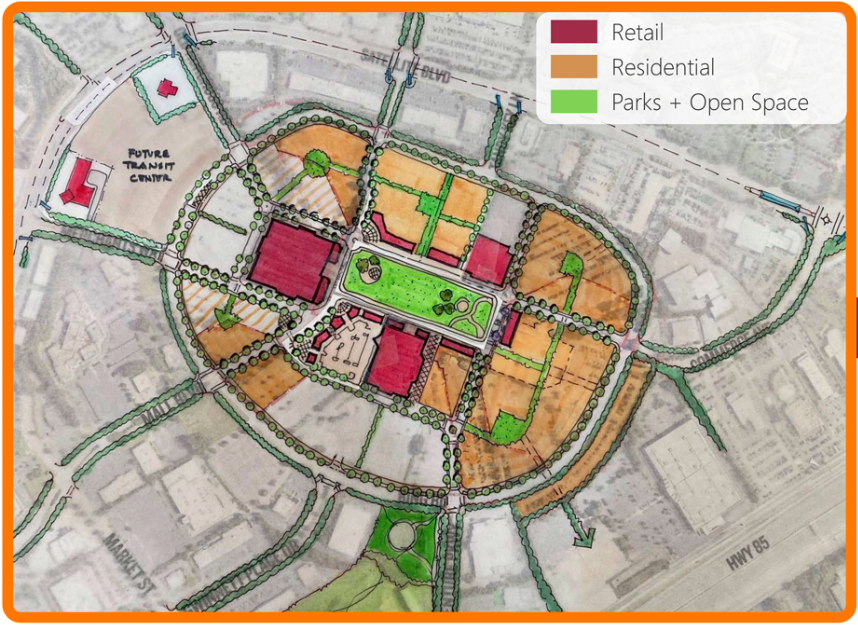 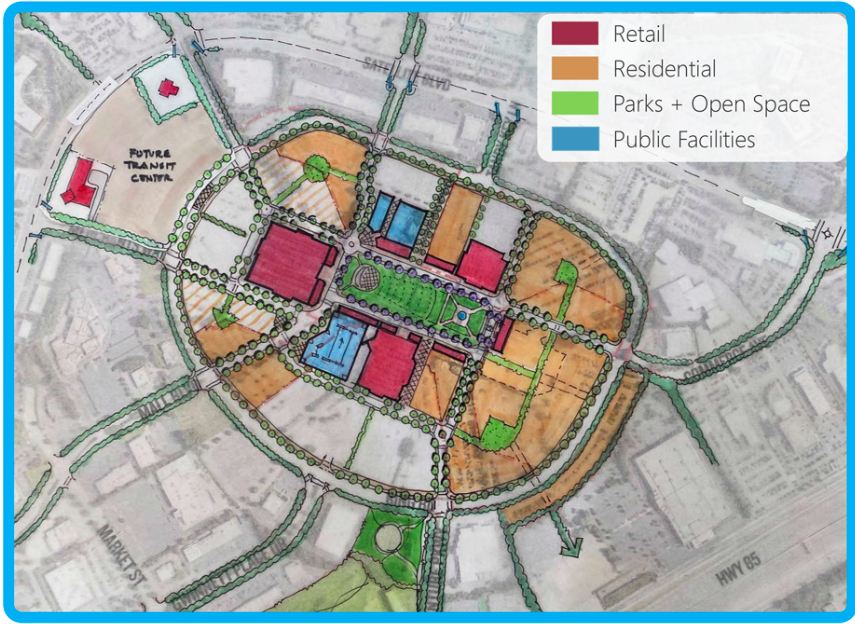