Overshadowed by the hullabaloo around Westside Park’s official ribbon-cutting last month was another grand opening that proprietors say will positively impact Westside neighborhoods.

The Grocery Spot, described as a friendly neighborhood grocer and events space for the arts in Grove Park, opened in early August. According to its owners, the business has already grown, thanks to communal support.

“It’s the first grocery store in an area that has long been a food desert,” as one Urbanize Atlanta reader who lives in the area recently wrote in.

The Grocery Spot is located a couple of blocks from one entry to Westside Park, in a repurposed 1960s brick building tucked off Donald Lee Hollowell Parkway. 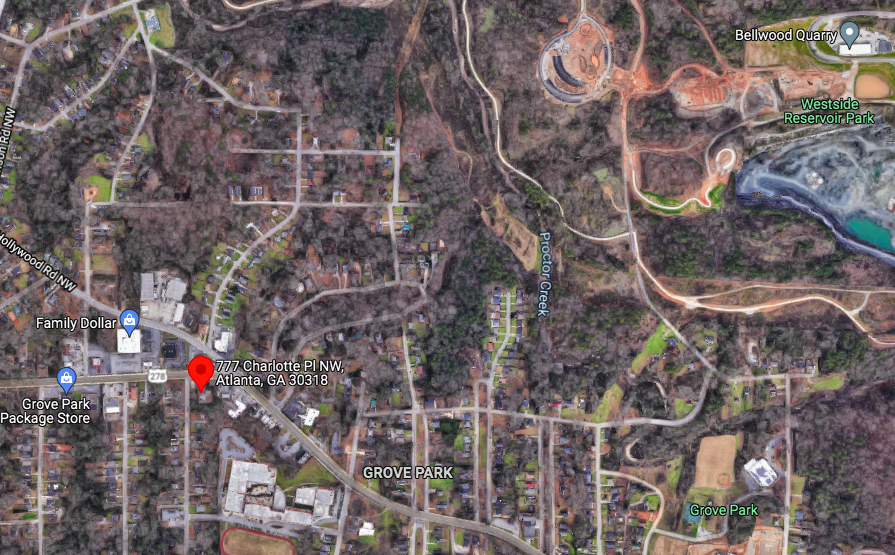 The business' location at 777 Charlotte Place NW in relation to Westside Park, seen under construction at upper right. Google Maps 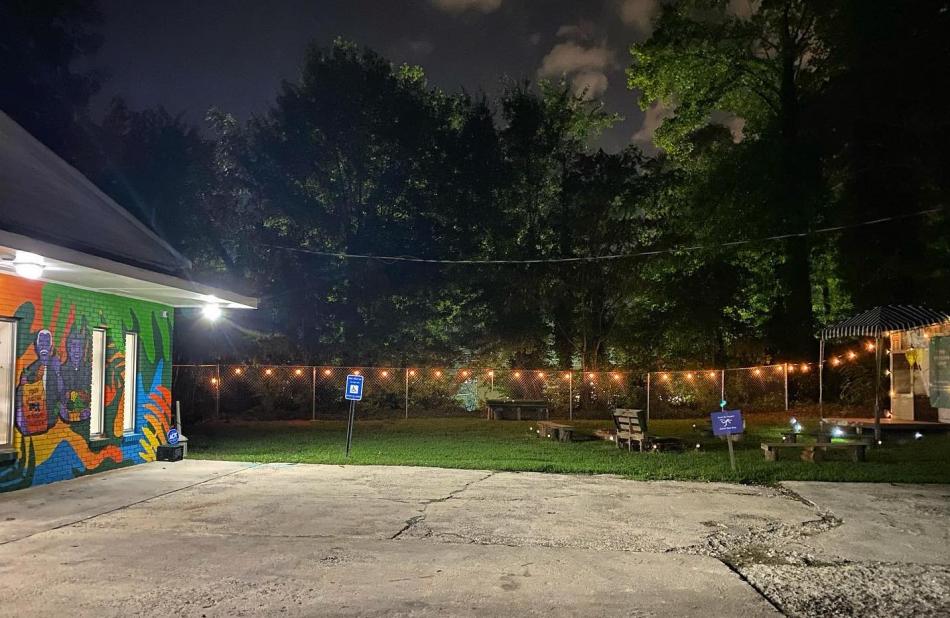 The events space for movie nights, music performances, and other gatherings. Courtesy of The Grocery Spot

Offerings include fresh and organic vegetables and meats, along with a variety of locally sourced coffees, honey, eggs, dairy products, and dry goods. The space also doubles as an art gallery for local creatives and a voter-registration hub. A one-stop shop for “quality food and empowering information,” as the marketing goes.

Beside the grocery is a lawn and events area that stages movie nights the second Friday of each month, along with music performances, bonfires, and political forums. Communal art classes are also offered.

“Basically [it’s] a platform for the community that sells some groceries,” The Grocery Spot’s co-owner, Matthew Jones, recently told Fox 5 Atlanta. He was driven to open the grocery after moving to Grove Park last year and realizing that simply buying fresh produce required a 15-minute drive. 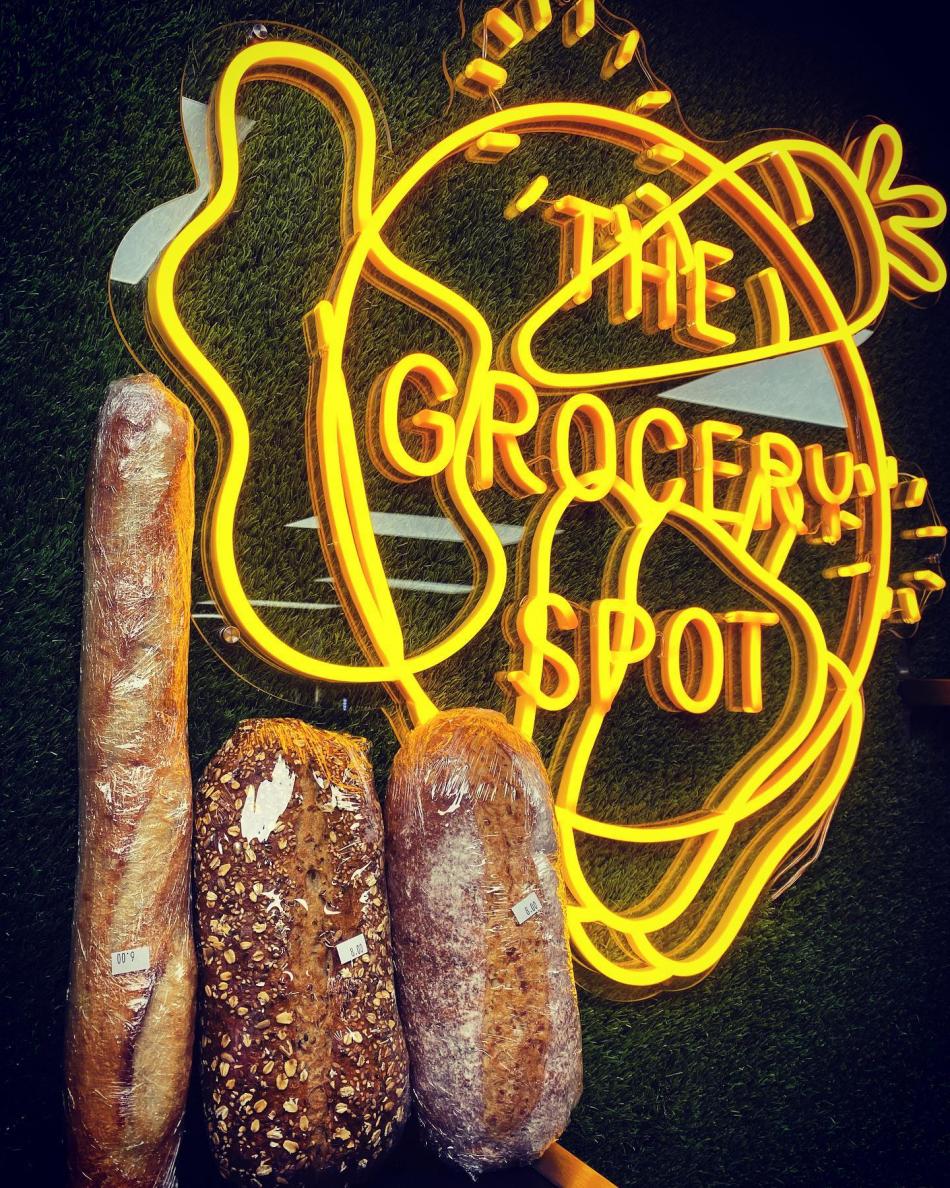 Courtesy of The Grocery Spot

The business’ location falls squarely in the district where Mayor Keisha Lance Bottoms’ moratorium on development quietly ended in March.

The ban on building might be over, but the city council has approved a “Westside Park Housing Overlay Ordinance," which aims to keep the broader intent in place by requiring affordable housing in developments in some neighborhoods around Westside Park.

Described as a first for Atlanta, the affordability requirement applies to both for-sale housing and rentals. Neighborhoods city officials have specifically mentioned as falling within the ordinance’s boundaries include Grove Park, Center Hill, and Carey Park.

The Grocery Spot’s broader goal, as Jones told the news station, is to enlighten people (and feed them well) as changes inevitably come.