The Georgia Department of Transportation published a five-minute YouTube clip depicting a remade Northside Drive last week, and it wasn’t long before urbanist Twitter, like our in-house tipline, was abuzz with concern.

Using aerial imagery from several years ago (hello, Georgia Dome), the GDOT flyover video depicts a roughly five-mile stretch of Northside Drive between Interstate 20 and I-75, a popular north-south commuter corridor. It passes landmarks (Mercedes-Benz Stadium) and other key streets (MLK Jr. Drive and Marietta Street) just west of both downtown and Midtown.

The video shows a widened Northside Drive with medians installed in places, wider sidewalks for pedestrians, and some revised intersections—but no infrastructure for protected bike lanes or alternate transportation such as bus-rapid transit in the street. Much of Northside Drive would remain a six-lane standard vehicle thoroughfare, per the video. 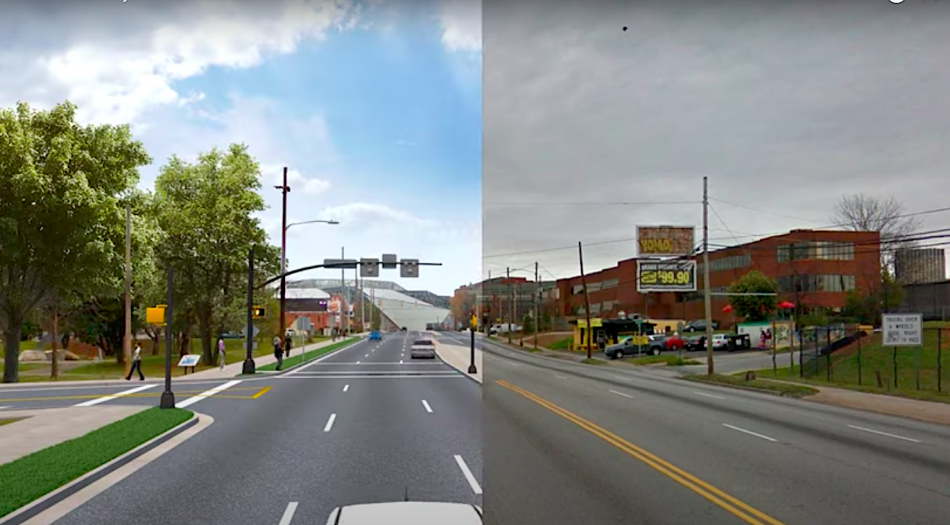 The video, viewed more than 1,200 times as of this writing, has drawn largely negative responses in its own comments section.

“If this gets built, you can promise that no planning or urban design student is going to believe their professions are taken seriously in Atlanta,” opined one commenter.

Wrote another: “This is a terrible design and will make Northside Drive even more of a pedestrian death trap than it already is.”

We’ve reached out to GDOT media representatives today at the state and metro level in hopes of learning where the project generally stands, what its scope specifically calls for, and if public commentary is expected to be accepted regarding its design.

Inquiries weren’t returned as of press time, but we’ll update this story with any additional details that come. 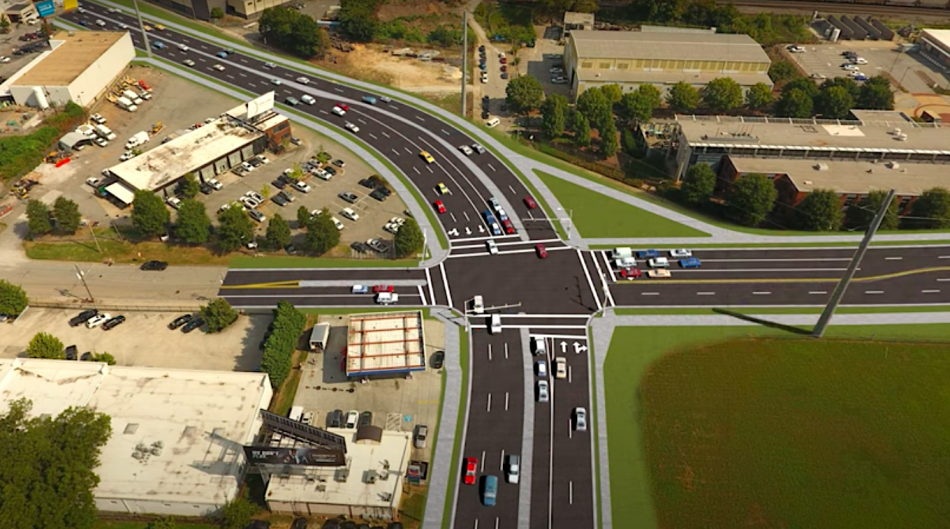 In March, GDOT approved a concept for part of Northside Drive the transportation agency said would result in a more people-friendly experience near Mercedes-Benz Stadium, though advocates for alternate transportation and bike lanes decried the plans as insufficient.

The scope of that project is roughly a three-block section of Northside Drive between Martin Luther King Jr. Drive and Rhodes Street near the Vine City MARTA station, running the length of The Benz’s property.

GDOT identified that stretch of the six-lane road as having a high rate of pedestrian crossings—and an abnormally high rate of vehicle crashes in recent years. In response, sidewalks along Northside Drive will be widened for safer connectivity between the stadium, the nearby MARTA station, and Georgia World Congress Center facilities, according to Central Atlanta Progress. 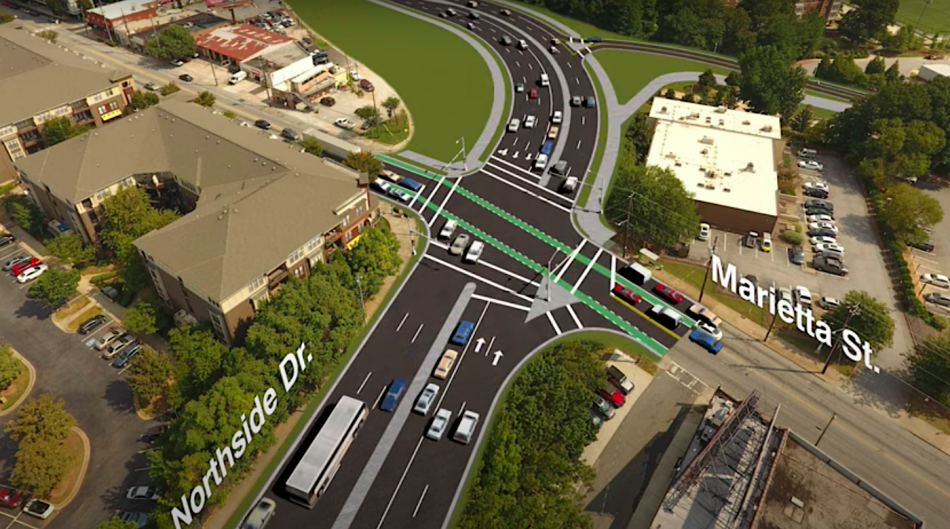 Elsewhere, plans call for installing pedestrian “curtains”—a means to deter jaywalking with obstacles in the roadway. Those will include a raised center median, planter beds, and according to project renderings, a fence running down the center of Northside Drive. Detractors have said that approach will create a barrier that discourages people from quickly and safely crossing the wide, often busy roadway.

According to a project summary provided by GDOT in March, the Northside Drive project will cost roughly $3.2 million. Right-of-way authorization was expected to finish in August with construction to follow. Additional improvements, per GDOT, will include ADA and curb ramp upgrades and new pedestrian lighting.