Should plans materialize, substantial changes coming to South Downtown won’t be relegated to old buildings, new construction, and the empty pit that is the Gulch .

Efforts to remake three blocks of Peachtree Street into a multi-modal, attractive corridor that’s safer for pedestrians, bicyclists, and anyone else not driving a car have taken a significant step forward this week, according to downtown boosters and a key development player. 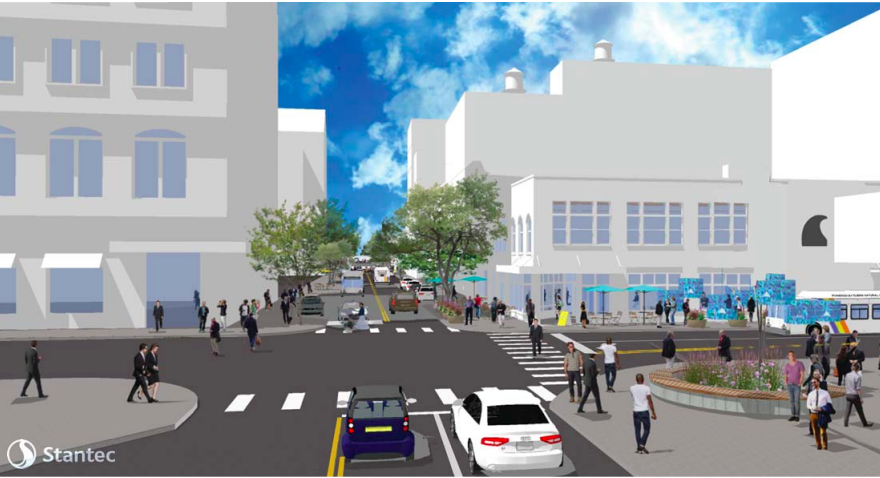 It’s part of a larger Downtown Atlanta Master Plan that aims to cut back on auto trips while growing the subdistrict's residential population and jobs.

An application for the funding was submitted in 2019 by CAP, the Atlanta Downtown Improvement District, and developer Newport RE. So far, those groups have jointly funded preliminary engineering work required to remake Peachtree Street in the area, officials noted in an announcement today. 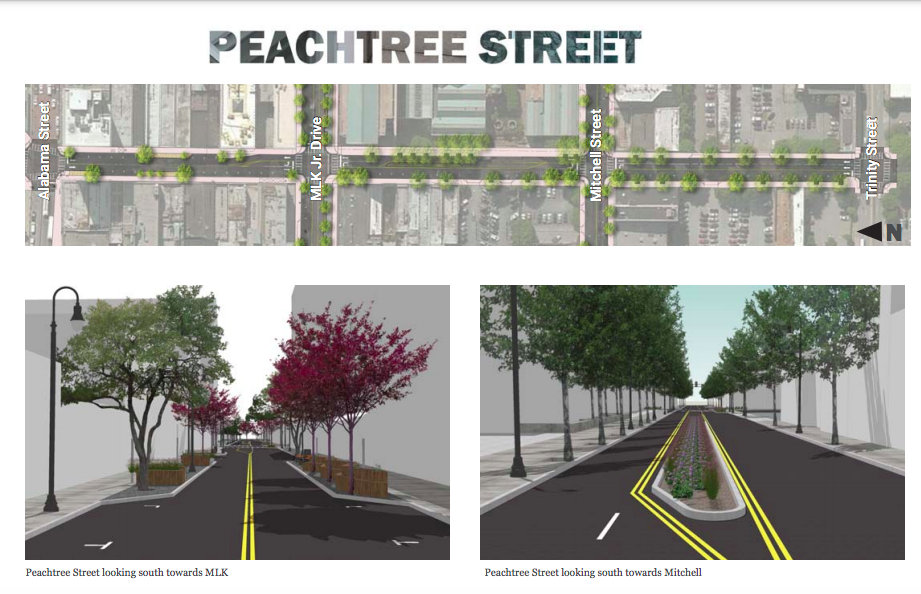 In coming months, the Georgia Department of Transportation is expected to work with design firm Stantec Inc. to finalize streetscape plans. Construction is scheduled to begin in late 2022.

Sometime this summer, the project team will host an open house to share details and collect feedback from community members, officials said.

That section of Peachtree Street, where on-street parking was implemented last year, will be the focus of changes “because of its importance as a connector between transit stations and as the main pedestrian pathway between downtown’s southern and central areas,” per the announcement. Near-term alterations will see “painted creative asphalt enhancements” to areas of the street that curbside business operations, pedestrians, bike/scooter parking, and passenger drop-off or pick-ups have already reclaimed. 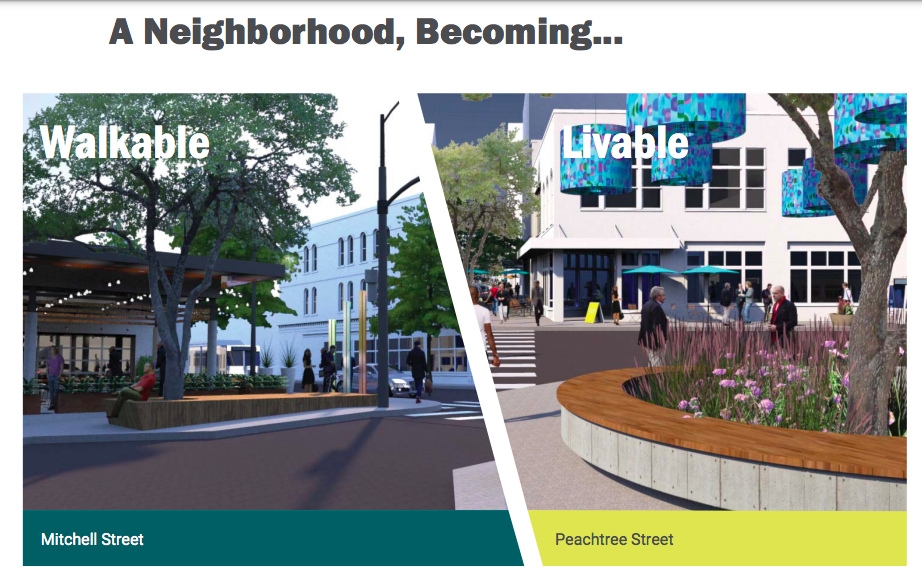 Those include CIM Group’s redevelopment of the Gulch, Centennial Yards, which celebrated a groundbreaking and brewery/distillery signing in recent weeks; the announcement of a 21-stall food hall concept for Underground Atlanta’s reimagining; and the first signs of substantial renovations for the 48 buildings and lots Newport now controls in the area.