Call it affordable housing with a few huge caveats.

Not far from the vibrant streets of downtown Roswell, one of the oldest houses in all of Fulton County is being offered for sale along with roughly an acre of land—for the seemingly dirt-cheap asking price of $125,000.

The catch? It’s not exactly livable by modern standards—if your standards include running water. Important pieces are missing. But much of the original charm of this early Georgia farmhouse remains intact and solid, nearly 200 years after it was constructed, in an area chockfull of million-dollar properties today.

The Georgia Trust for Historic Preservation is looking to sell the property, called the Hembree Farmhouse, to a preservation-minded buyer who appreciates its significance as one of Fulton’s oldest and relic of a bygone way of life.

The main house is roughly 1,400 square feet—excluding porches and attic space—and sits on the last acre of what used to be a sprawling, 600-acre farm. Any buyer, as Georgia Trust officials note, will be required to sign a rehabilitation agreement, and all rehab work must abide by the Secretary of the Interior's Standards for Rehabilitation.

So a fly-by-night, Home-Depot-discount-bin job this is not. 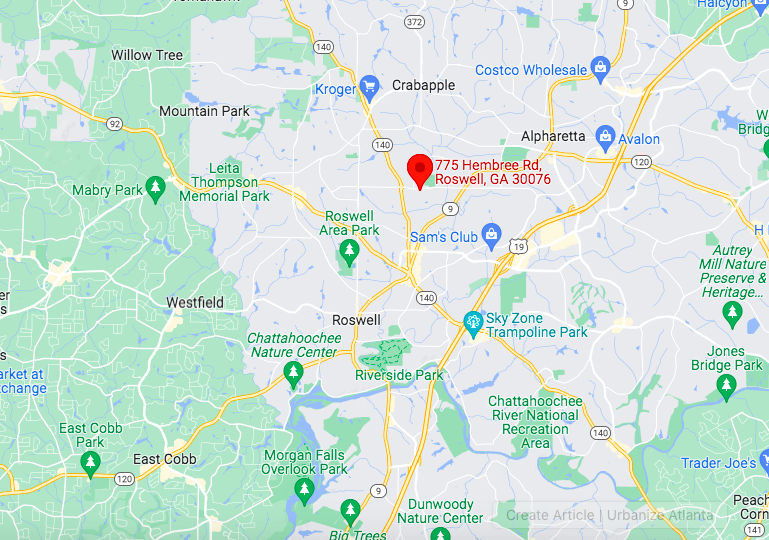 The property’s 775 Hembree Road location is just north of downtown Roswell—between Houze Road and Alpharetta Highway—and southwest of Alpharetta City Center. Hembree Park, a greenspace with a rec center, is just up the road.

For context, the cheapest standalone Roswell house in the immediate area is under contract for $389,000, while two dozen properties are listed for north of $1 million. 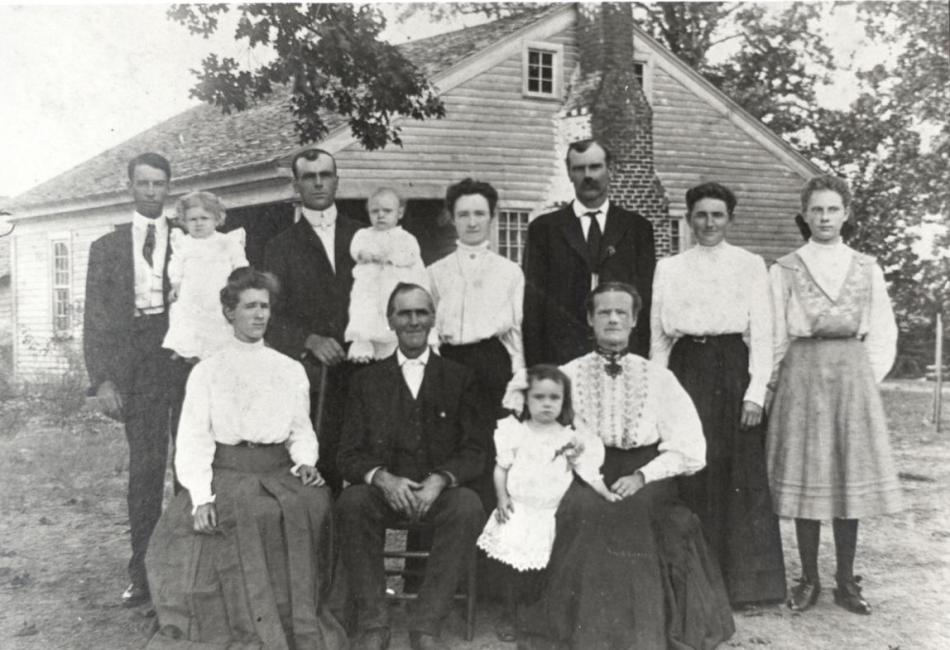 An 1800s photo of the Hembree family posing in front of the farmhouse in question. Courtesy of The Georgia Trust for Historic Preservation

Dating to 1835, the Hembree family farmstead includes the five-room, one-bathroom main house—with its many original features still there, including mantles, doors, floors, construction framing, and hardware—plus a detached kitchen and two corn cribs. There are four total fireplaces, including one in the separate kitchen, but none of them function. Missing exterior chimneys—removed when the home was bumped back from Hembree Road by about 500 feet—will need to be replaced. Ditto for the sittin’ porch.

According to Georgia Trust officials, the city recently upgraded infrastructure on the property to include a gravel driveway and water and sewer lines, but the buyer must pay for connecting to them. All modern systems will also need to be installed. 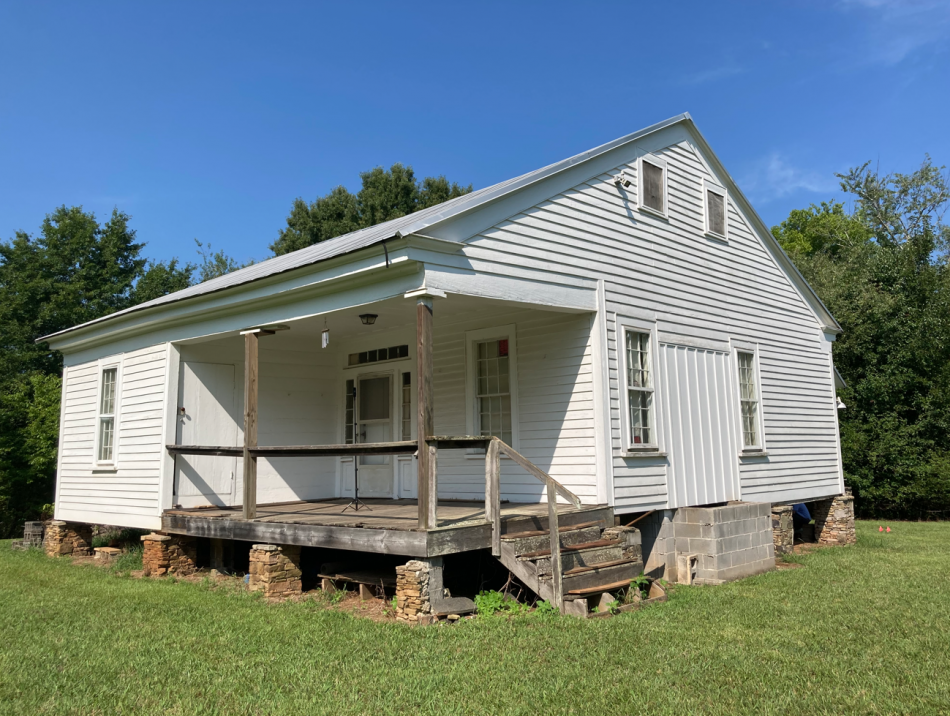 The Hembree Farmhouse's condition today, as photographed from roughly the same angle. Courtesy of The Georgia Trust for Historic Preservation

The Hembree Farmhouse is being offered in partnership with the Roswell Historical Society as part of the Georgia Trust’s Revolving Fund program, which strives to spare historic buildings from demolition by coming up with practical alternatives and then monitoring their preservation.

“The Hembree house contains some highly significant interior architectural features, which proves it is one of the oldest structures in the land after removal of the Cherokee Nation, which opened northwest Georgia to white settlement,” Mark C. McDonald, Georgia Trust president and CEO, said in a prepared statement this week.

A bit of family history, according to the Roswell Historical Society:

“… in the early 1830s, Amariah Hembree brought his extended family to Roswell from South Carolina to farm the former Cherokee Lands. His son James, a carpenter, built the house. James’ brother Elihu and his descendants lived on the land for eight generations. The Hembrees grew cotton for the old Roswell Manufacturing Company, as well as corn and sorghum and raised livestock. The Lebanon Baptist Church was organized on this site in 1836. Elihu Hembree’s grave is located on the property.”

Anyone seeking more information about the Hembree Farmhouse can contact Georgia Trust's Dennis Lovello at dlovello@georgiatrust.org (404-885-7819), or head over here.