A project that aims to add density like downtown Blue Ridge has never seen appears to be a hit with buyers seeking condos where they aren’t typically found in Georgia.

An hour and a half from Midtown in the Fannin County seat, the Highlands of Blue Ridge condos are intended to offer a slice of city life—walkability in an amenitized multifamily building—with layered views of the North Georgia Mountains and access to hiking, mountain-biking, and the city’s scenic lake.

According to the Ansley Real Estate marketing team, about half of the project’s 56 units have been pre-sold, as new renderings have been released illustrating the property’s planned amenities. “Reservations are heating up at Highlands of Blue Ridge!” sellers recently posted on Facebook.

Condos will span between 1,388 and 1,840 square feet. Prices begin in the $430,000s for one-bedroom homes, which is on par with new product in many of Atlanta’s trendiest districts.

All villas, as they’re called, will come with mountain views from balconies, gas fireplaces, and top-self finishes, per marketers. The largest options—three bedrooms in 1,840 square feet—cost $548,000 and up.

We’ve reached out to the Ansley team for an update on construction and other details, and we’ll post any additional info that comes. At last check, the project’s first phase was scheduled to deliver next summer. 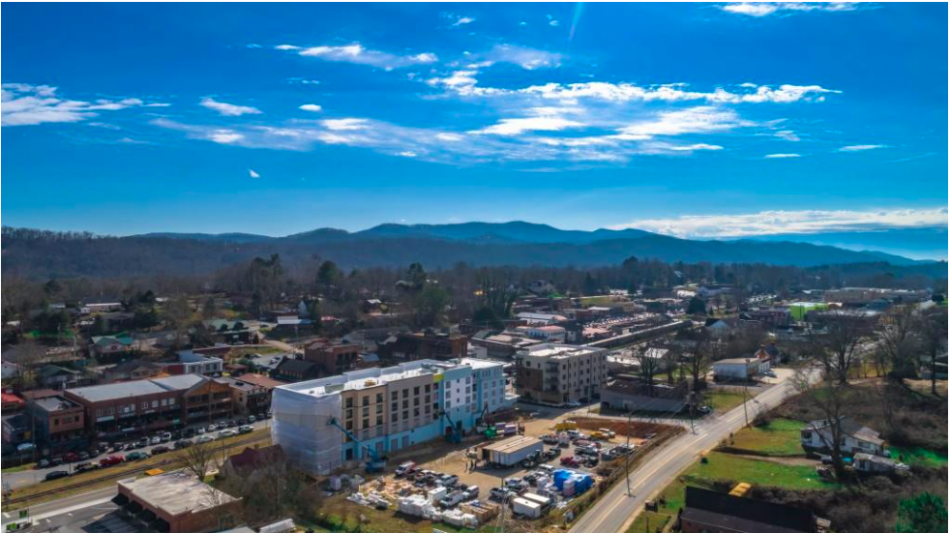 Directly above the site, as seen earlier this year, in relation to hotel and condo development in downtown Blue Ridge. Highlands of Blue Ridge/Ansley Real Estate 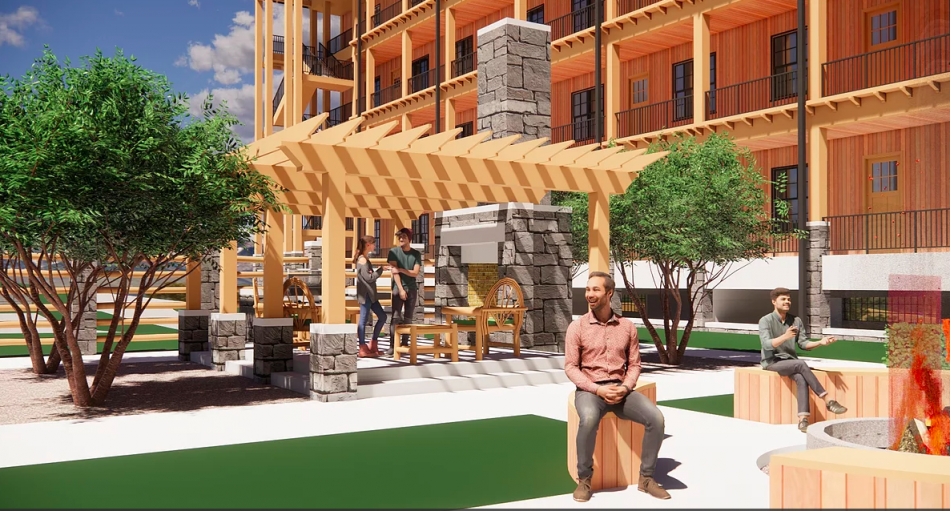 “The complex will be the best of both worlds,” Char Stacy, an Ansley Mountain and Lake Realtor, told Urbanize Atlanta in February. “Outdoor recreation during the day, and evenings filled with wonderful restaurants.”

Counting a population around 26,000, Blue Ridge has sprung to life in recent years, particularly around Main Street. The number of local restaurants in downtown has quintupled to more than two dozen in the past decade alone. Breweries, wineries, art galleries, and buzzy brew pubs have been established near the city’s famous railway, lifting real estate prices in the area. One house on Lake Blue Ridge—home to Georgia’s priciest lakeside real estate—fetched a record $5.2 million earlier this year.

Plans call for Highlands to be built on the former Kiker Family Homestead, the property of a prominent Fannin County family for several generations. Amenities will include a heated saltwater pool, communal fireplace and spa-like hot tub, and access to storage units for keeping mud-caked mountain bikes out of sight.

Stacy previously said the area’s quaint lifestyle has been popular with homebuyers from Atlanta and Florida in particular. Have a closer look at what the Highlands life is promising in the gallery above.