Renderings have emerged that lend a better idea how a large rental community along the Atlanta BeltLine’s southern crescent will look and function soon.

Earlier this year, RangeWater Real Estate closed on a section of property where 110 rental townhomes are expected to start delivering as early as this fall. 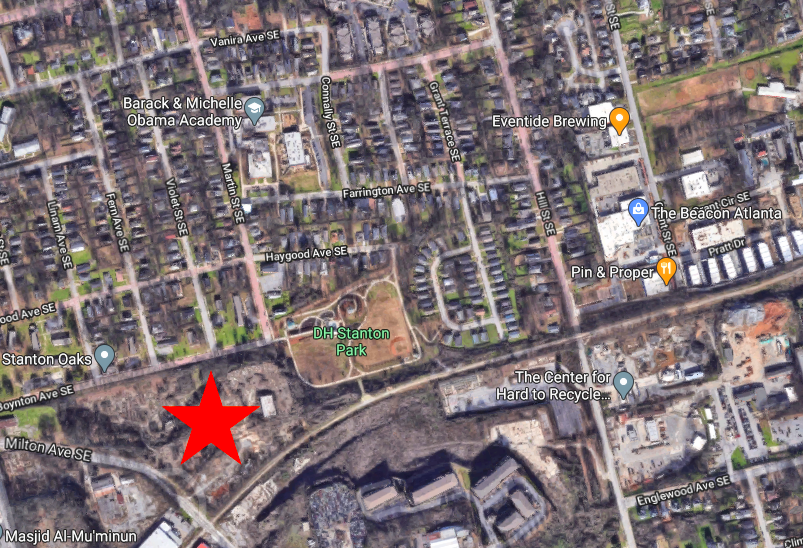 Meanwhile, leasing has begun at a wedge-shaped collection of Maverick buildings that will house 325 apartments, ranging from studios to two-bedroom flats.

A portion of the site has frontage along the BeltLine Southside Trail’s Segment 3, stretching between Milton Avenue and Boulevard, which is expected to be under construction sometime in 2023. D.H. Stanton Park is also next door, and Grant Park’s The Beacon is about a block away.

Project officials have called the unpaved BeltLine’s “gritty personality” in the area a selling point. 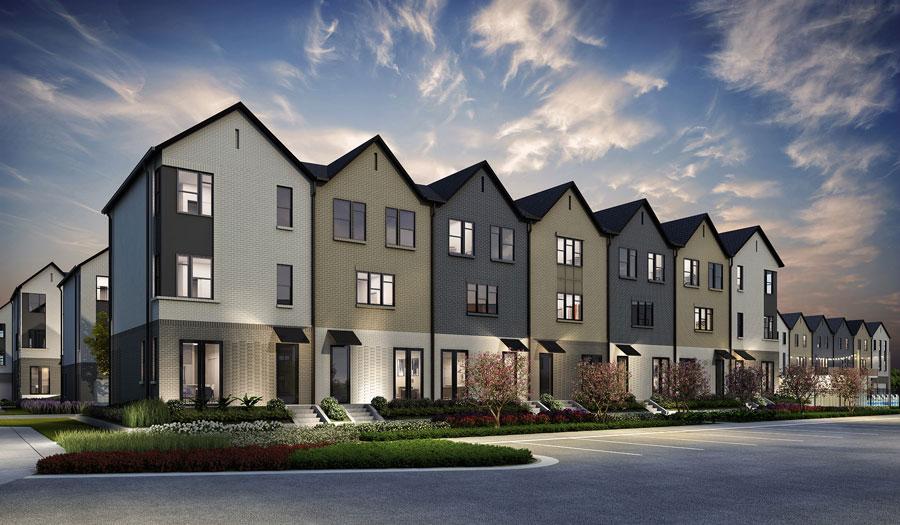 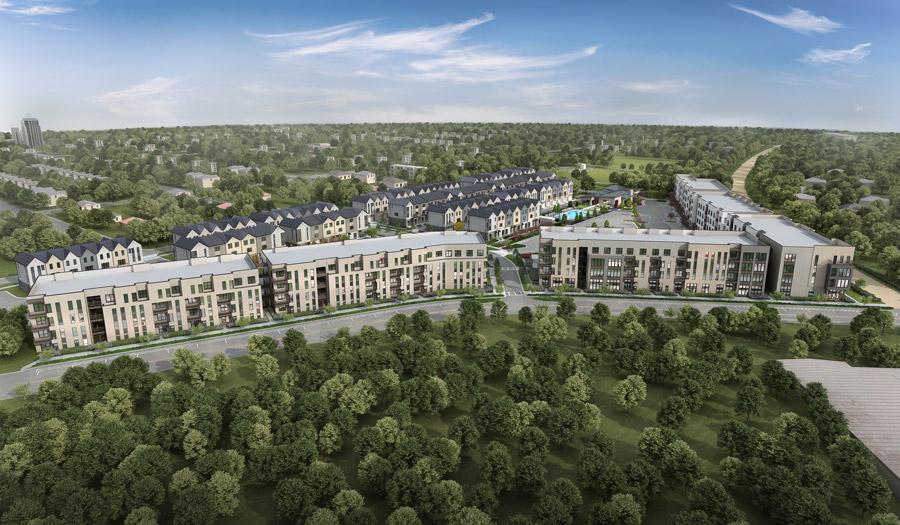 The Maverick's layout of apartment buildings and townhomes, with Southside Trail frontage depicted at right. Courtesy of RangeWater Real Estate

RangeWater’s townhomes, with either two or three-bedroom layouts, will be 16 to 20 feet wide with garages incorporated into each floorplan. The target demographic? “[Renters] of all life stages, from graduate students and young professionals to families and empty-nesters,” per a press release in May.

The apartments available now range from studios with 525 square feet to two-bedrooms with up to 1,112 square feet.

Leasing officials tell Urbanize Atlanta that prices are subject to change, but for now studios start around $1,400 monthly; one and two-bedroom options range between $1,500 and $2,100; and townhome rents will start in the $3,000s.

Cheaper options will be available through a workforce-housing program, a project rep said today.

Visit the gallery for a closer look at how this infill community is changing a swath of vacant southside land.