The vow made by developers and Atlanta city leaders earlier this year to eliminate a food desert south of downtown has taken a significant step forward.

Branch officials still expect to break ground on the 50,000-square-foot Publix and ancillary retail before the end of 2021. The purchase price for the land wasn’t disclosed. 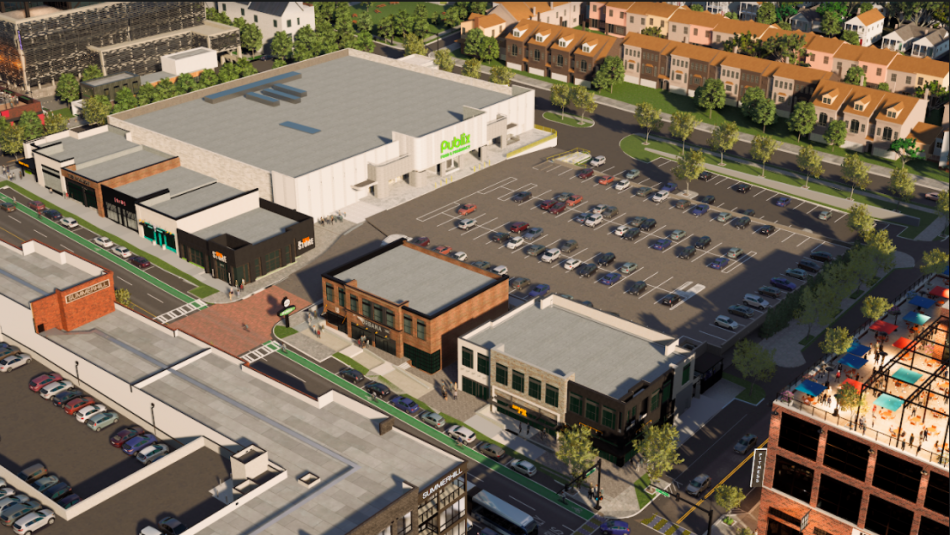 An overview of the site that includes the new 565 Hank apartments, at bottom left. Courtesy of Branch Properties

Expect a traditional layout inside the Publix with a pharmacy and deli with indoor seating.

Outside will be a two-level parking deck that’s designed to allow visitors to park and access both levels of the retail buildings, which will front Hank Aaron Drive and serve to disguise the parking deck—on the western side of the property, at least—as illustrated by new renderings. 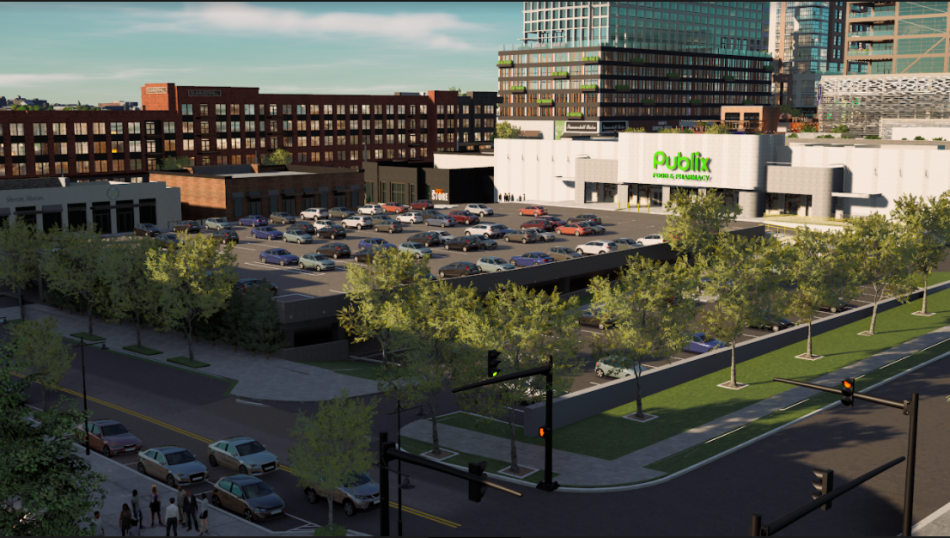 As part of Summerhill's masterplan, Carter is reconnecting the neighborhood’s original street grid to improve walkability and access to Publix, cleaving extensions of Crumley and Glenn streets into former Atlanta Braves’ parking lots. 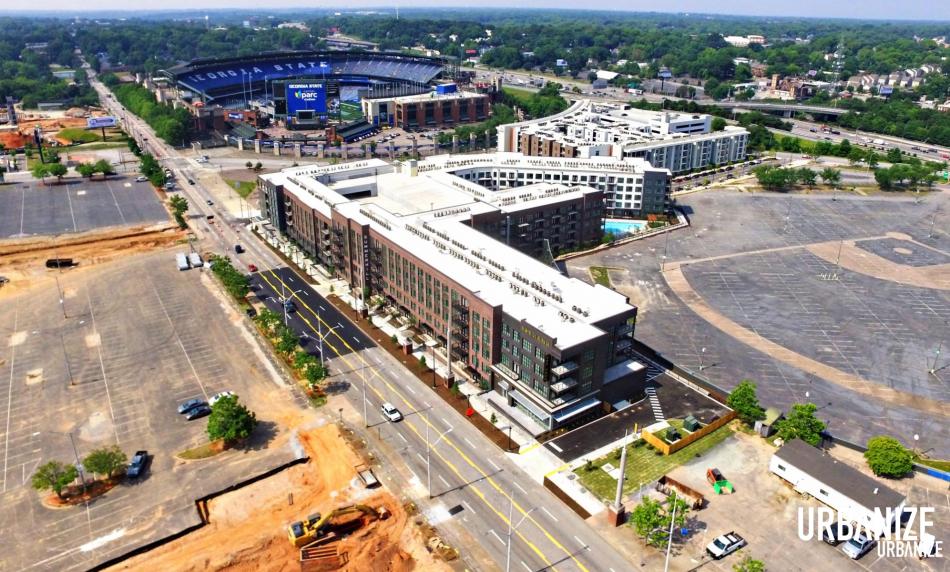 The 4.4-acre site in question, at left, as seen in May, with the 565 Hank apartments next door and Georgia State University's football stadium beyond. Jonathan Phillips/Urbanize Atlanta

Branch expects to deliver the Summerhill Publix and other retail components in 2023.

In addition to Summerhill Station, Branch is currently building five other grocery-anchored shopping centers around the Southeast. Those include Perimeter Marketplace in Dunwoody and Hugh Howell Marketplace in Tucker.