Replacing an older brick cottage on a main Edgewood street, this traditional-style listing is one of the most discretely semi-detached, land-maximizing listings to blip the radar in recent memory.

In eastside neighborhoods such as Old Fourth Ward and Reynoldstown, new-construction duplexes have become almost ubiquitous over the past decade, as intown land prices have soared and buyers have warmed to the idea of sharing a single wall (sometimes merely a garage wall) with neighbors on the same lot. But most of those products have been unabashedly modern, or in the urban-farmhouse vein. 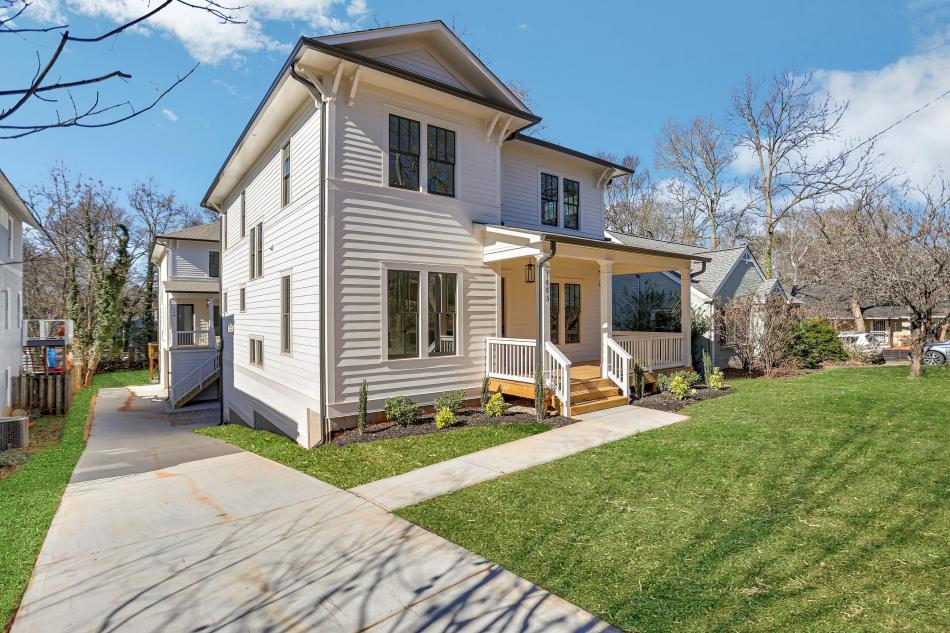 Photography by We Are Home ATL; courtesy of Avenue Realty

By all indications a Craftsman-inspired family home from the street, the four-bedroom Unit A was recently completed a couple of blocks from both the Edgewood-Candler Park MARTA station and big-box-anchored Edgewood Retail District. It listed this week with Avenue Realty at $764,900.

That buys a welcoming front porch, 10-foot ceilings on the main level, a two-car garage, and an unfinished basement spanning 1,200 square feet in a Domain Custom Homes project designed by architect Adam Stillman.

The finished space overall clocks in at 2,526 square feet, for a breakdown of $302 per foot. 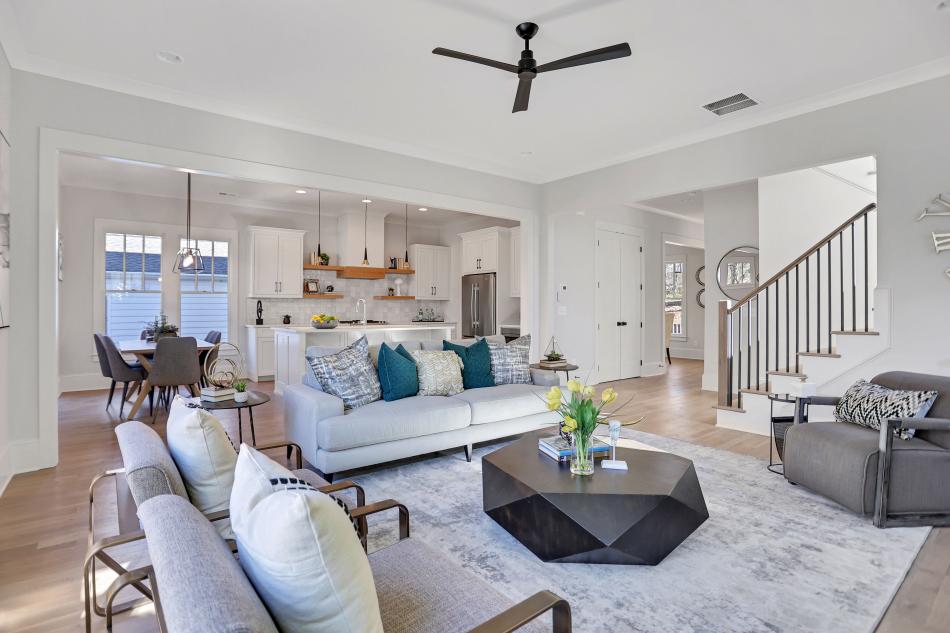 Photography by We Are Home ATL; courtesy of Avenue Realty

Another number—the 61 Walk Score—seems so-so, given the proximity of a full-blown transit station down the street. But logic says that could improve as the nearby Edgewood Park TOD is more fleshed out with retail.

Head up to the gallery and tour a duplex that looks like anything but from the street.