When it comes to governmental approval ratings, a hot springs and spa concept billed as the largest in North America is on a roll.

Passport Springs and Spa, a 10.6-acre concept designed to feel like a watery exotic escape, scored a unanimous, 4-0 approval from the Forsyth County Board of Commissioners for a conditional-use zoning permit on July 21, a key step in moving forward, according to project officials.

That permit allows Passport Experiences, the company behind the idea, to rezone the required acreage in a South Forsyth County commercial business district in order to build its “immersive and unprecedented” venue.

In late June, the project also received unanimous support (5-0) from the Forsyth County Planning Commission for a conditional-use permit. 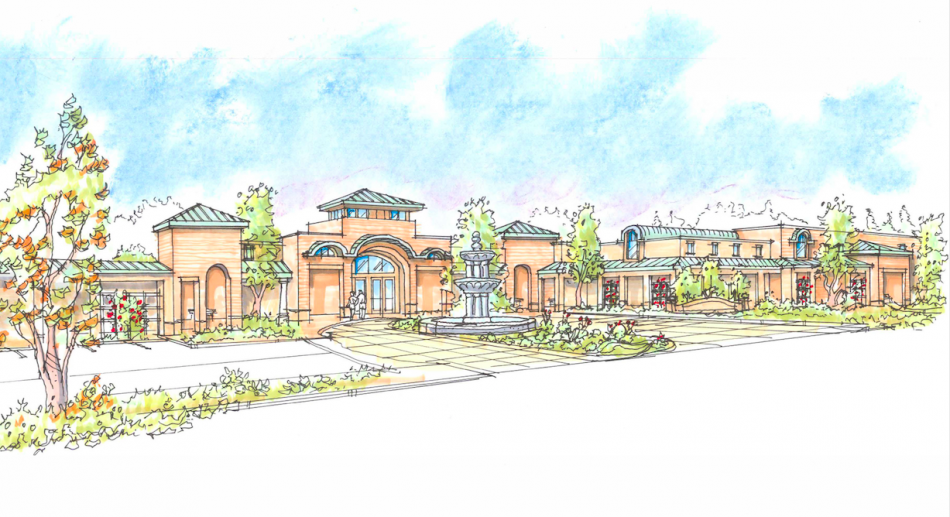 A main entry point at Passport Springs & Spa, which is expected to break ground this fall near Ga. Highway 400 in Forsyth County. Courtesy of Passport Experiences

The last remaining hurdle: securing a development permit, which is required before shovels can meet dirt.

Since Passport Springs was announced in April, its backers have said the plan is to break ground this fall off Ga. Highway 400’s Exit 13 in South Forsyth, next to an outdoor entertainment and shopping complex called The Collection at Forsyth.

It’s envisioned as nothing short of a tourism supercharger for the area. Project leaders have said there’s nothing else like it in the Southeast—or on the planet.

“Upon opening,” Jacob Bloch, Passport Experiences’ CEO, said in a progress update today, “Passport Springs will bring an unparalleled experience of luxury and comfort where residents of Forsyth County, the Southeast, and beyond can connect with each other and the world."

An array of watery attractions is meant to recall Japanese hot springs (think: pagodas and koi fish), the Dead Sea, Roman baths, and the volcanic waterfalls of Costa Rica. Voelker Gray Design, a firm with resort-design experience in California, Cabo, and Las Vegas, is on board as architect and designer. Kimley-Horn has been hired for civil engineering. 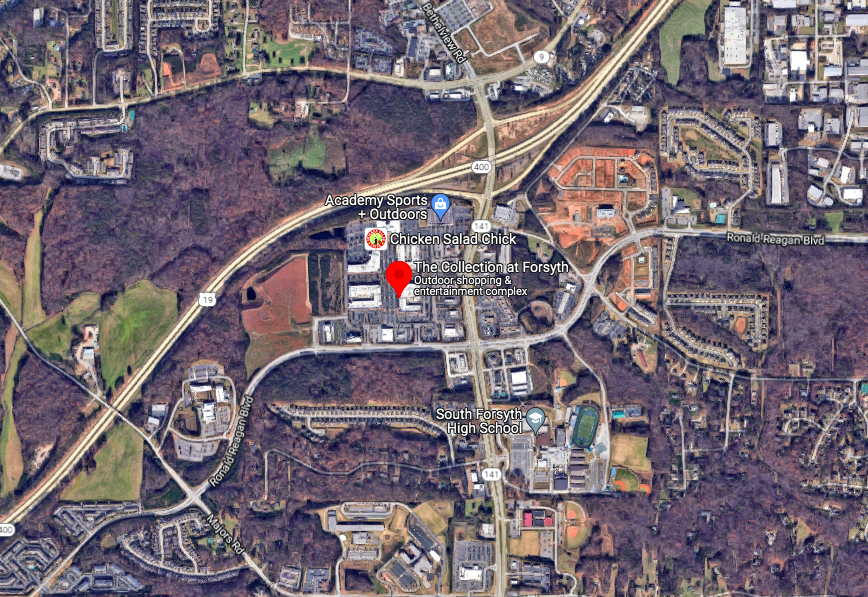 Passport Springs & Spa's 10-acre site is located adjacent to The Collection at Forsyth, a shopping and entertainment complex. Google Maps

Zooming in closer, plans call for 25 thermal mineral pools, 19 spa rooms, private themed cabanas and VIP villas, plus a rooftop restaurant called The Passport Café and Bistro. Also in the works is a subterranean cave network, the Grotto, that will feature snow, steam, sauna, and salt rooms, according to Passport Experiences.

Passport Springs will be divided into four pavilions—Costa Rica, Rome, Israel, and Japan—with food and drink options and designs to echo each place.

Plans for the side of the complex opposite Ga. Highway 400. Courtesy of Passport Experiences

Project leaders have said studies show Passport Springs could generate more than $551 million in economic impact and 466 jobs over its first decade in business.

Construction alone could generate a $51-million impact in the short term, and the attraction could spell $11 million annually for nearby hotels such as Home2Suites Hilton and Fairfield Inn & Suites, according to Passport Experiences.

This water world unlike any other is scheduled to open in fall 2023. Costs to experience it haven’t been specified.