A decades-old downtown landmark—or what’s left of it—is coming down.

The oversized clock structure and LED board facing Marietta Street, across the street from what’s now State Farm Arena, are in the process of being stripped to their steel bones and replaced with…. something else.

Along with “ATLANTA” signage mirroring that on the side of the arena, the billboard and clock are the face of the four-story Sapphire parking deck where Marietta Street meets Centennial Park Drive.

The structures stand above Hudson Grille restaurant and bar, between the Glenn Hotel and CNN Center, diagonal from Centennial Olympic Park.

After noticing demolition crews at work this week, we asked State Farm Arena’s PR team what the future has in store for the old clock and a 14-by-48-foot video screen beside it.

“Quite simply–it’s being replaced,” an arena rep responded via email. “We do not have anything to share publicly at the time.”

So let’s use our imaginations and envision what we hope to see there, eh?

How the recognizable structure appeared prior to tornado damage in 2007. Google Maps 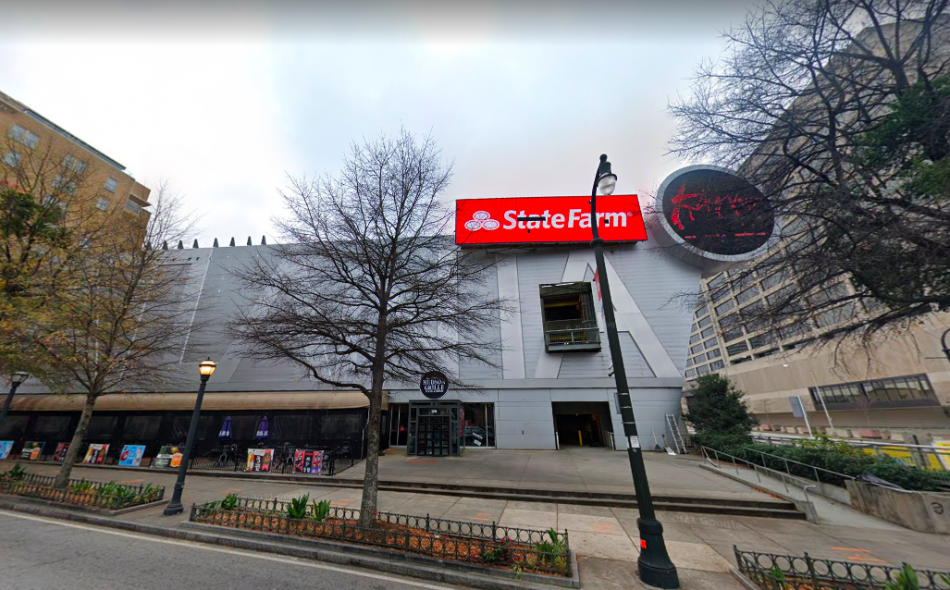 The LED board and signage last year. Google Maps 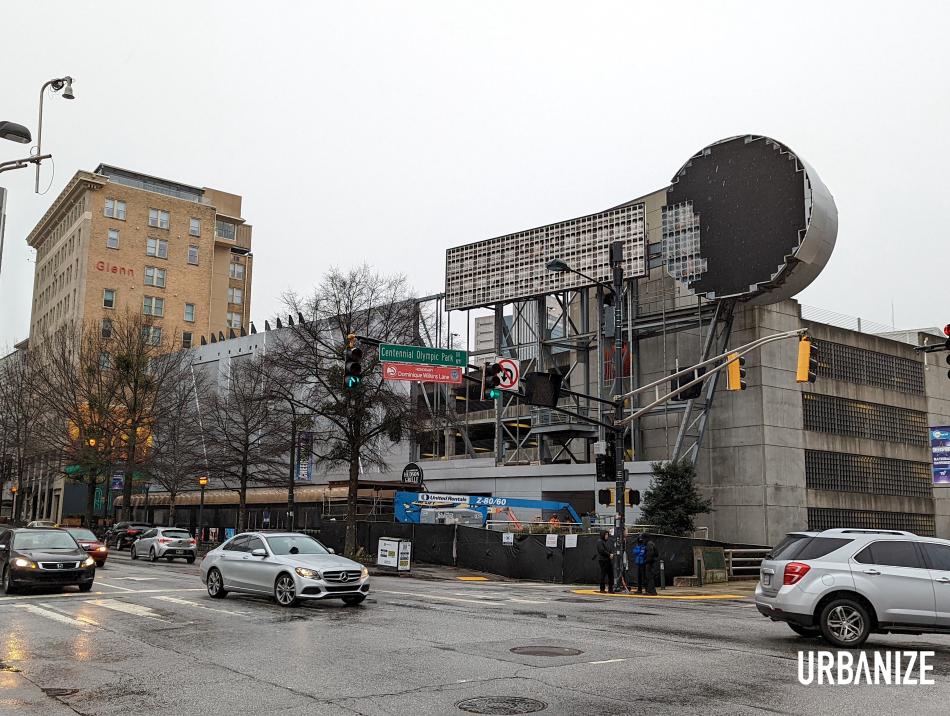 After debuting in the mid-1990s as part of Philips Arena, the clock had actually stopped working—plagued with technical issues—before the structure took a direct hit from a powerful tornado that tore through downtown and Cabbagetown in March 2008.

The clock and signage were left in shambles for more than four years as arena officials worked with the city on a proper replacement that initially included a new LED timepiece standing 24-feet tall off the side of the building, as the AJC reported in 2012. (That digital clock more recently functioned as circular ad space.)

Let’s hope the remade signage reflects the quality of the arena’s $192-million renovation—the second largest in NBA history, largely paid for with city funding—that debuted in the fall of 2018.