A high-drama, industrial accent wall in the living room. Two-toned cabinetry in the galley kitchen. And yes, a geode mural on the master bathroom’s shower wall described as “stunning.”

These are the makings of a townhome renovation in East Point that’s intentionally funky in an attempt to shed all cookie-cutter-ness, according to property renovator Michaela Graham.

It’s also an example of a property spanning nearly 2,000 square feet that’s affordable for “the average person,” in a locale across the street from Tyler Perry Studios and forthcoming Fort Mac redevelopment and maybe 10 minutes by car—or three stops on a MARTA train—from downtown, as Graham points out.

“Three-story townhomes are extra in-demand in Atlanta these days,” Graham wrote in an email to Urbanize Atlanta. 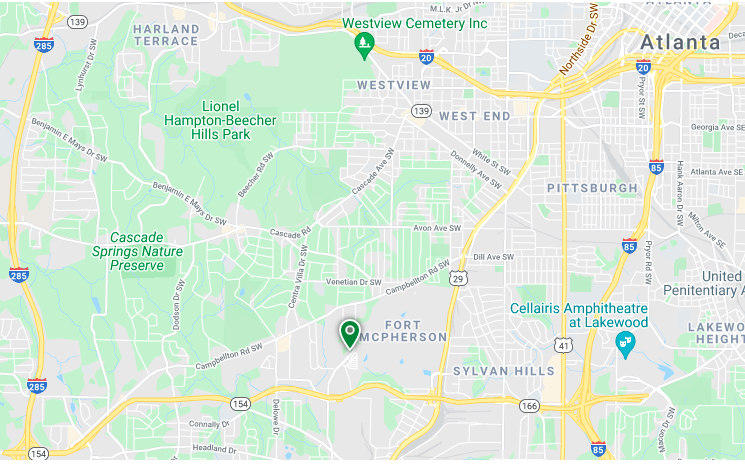 The townhomes' location (in green) near Fort Mac, southwest of downtown. Redfin

The 100-home community is called Bayberrry at the Villages, and this particular 1,960-square-foot unit was built in 2008 atop a single-car garage.

Perks include white quartz in that galley kitchen, hardwoods on the main level, a double dose of master suites upstairs, and crown molding and wainscoting for a touch of formality.

“Instead of doing cookie-cutter neutral, I had a lot of fun with it did,” says Graham. “[I] did everything a little industrial glam.” 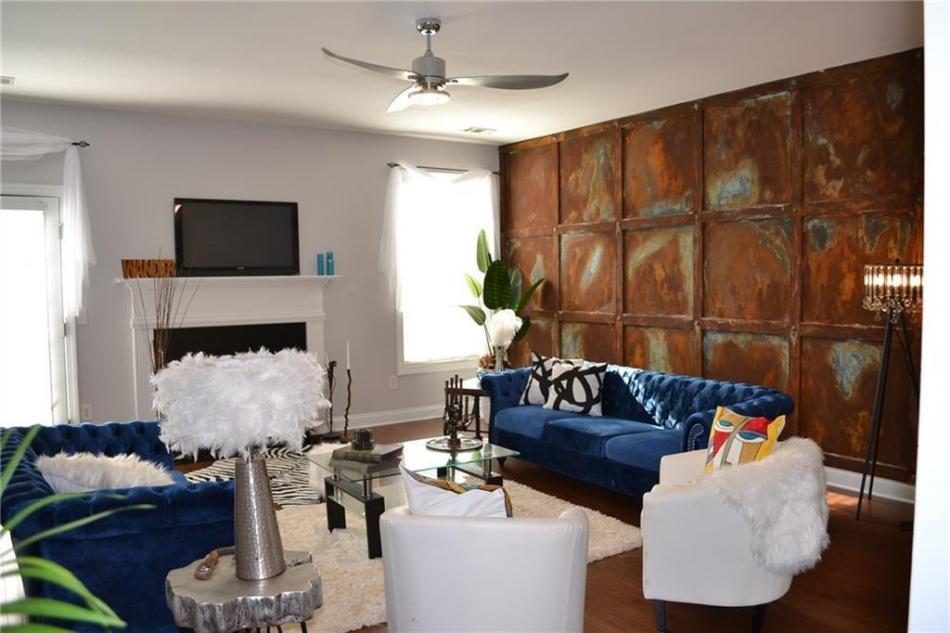 From here, it’s a bit of a hike on foot to East Point’s walkable, growing downtown, and the 33 “car-dependent” Walk Score underwhelms for a city location. Exteriors might not be as cutting-edge contemporary as some Atlanta townhome hunters prefer, too.

But could a listing price that begins with a “2” trump drawbacks like that?