A Florida-based real estate development and investment firm is so bullish on Buckhead’s condo market, it’s moving forward with a second tower within two blocks of one that's still finishing construction on Atlanta’s signature street.

The Dillon will stand 18 stories and bring 144 lifestyle-focused condos to the market, with an emphasis on city views over Atlanta’s treetops, developers announced this week. 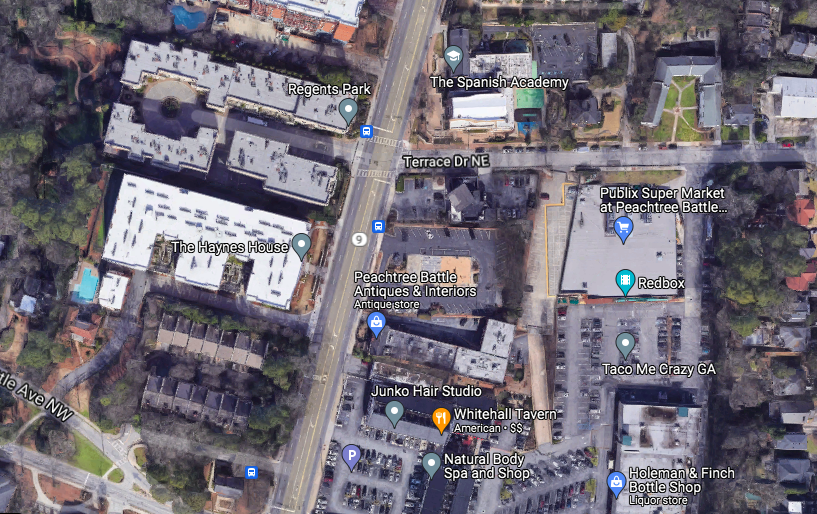 Aerial of The Dillon's three-parcel site, at center. Google Maps

The site in question, in the 2400 block of Peachtree Road, is roughly two blocks south of Kolter Urban’s first venture outside the Sunshine State, the under-construction Graydon Buckhead.

The 47-unit Graydon is still a relative anomaly in terms of Atlanta multifamily towers the past decade. It marks the largest, recent intown for-sale condo project between Buckhead Village’s The Charles and the 279-unit Seven88 West Midtown tower on West Marietta Street.

For The Dillon project, the developer expects to open a temporary sales and preview gallery at 2451 Peachtree Road next month. The condo building’s construction will consume that land and two more properties next door. 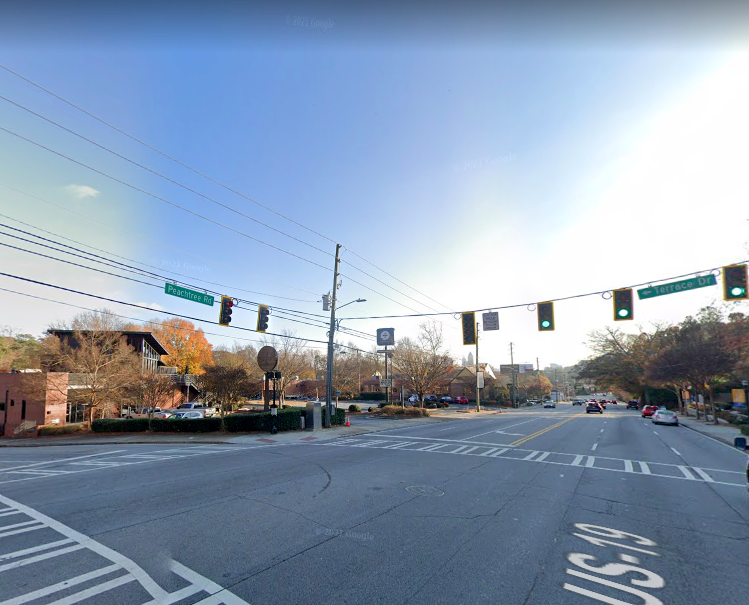 The future sales center was occupied by Design Within Reach until about five years ago, when the modern furniture studio decamped to a newly built West Midtown location that’s three times as large. Another part of The Dillon’s property is currently a surface parking lot.

To the immediate south, roughly half of the historic book bindery building—currently home to Peachtree Battle Antiques and Interiors—will be preserved, including the brick house-like structure that fronts Peachtree, as Saporta Report detailed in August.

With generally smaller options than its sibling building, The Dillion will offer a range of condos from one-bedrooms to three-bedroom penthouses, spanning from 1,500 to 3,800 square feet. The majority will be two-bedroom options with dens, officials say. 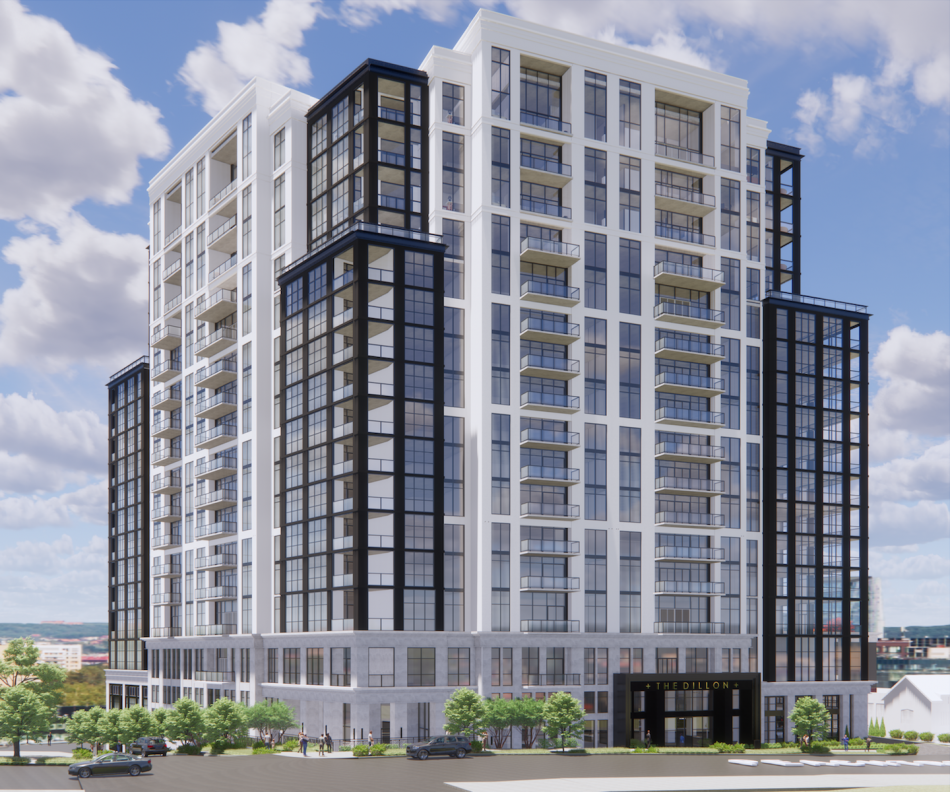 The planned facade in the 2400 block of Peachtree Road. Courtesy of Kolter Urban

To help accommodate the WFH zeitgeist, the building will incorporate an indoor-outdoor amenity called The Hub with private and semi-private spaces, plus a conference room, according to Kolter Urban.

Other planned, trendy perks: a formal clubroom with catering kitchen, a dog park, loaded pool deck, a speakeasy, a media room with a game simulator, and yes, a pickleball court.

Bobby Julien, Kolter Group’s CEO, said the second tower exemplifies the company’s long-term commitment to the Atlanta market. “More and more people are looking to make Atlanta their home,” said Julien in a prepared statement, “and The Dillon gives them an address that embodies the best of the prestigious Buckhead lifestyle.”