The Savannah College of Art and Design’s student-housing footprint continues to grow across the northern blocks of Midtown, but in a way that’s more subdued than initially envisioned.

In recent months, demolition and site work have launched on that next facet of campus growth. But as SCAD officials confirmed to Urbanize Atlanta, plans have changed.

The northernmost tower has shrunk by nearly half, according to renderings, while the residential building on the site’s southern rim will be a few stories taller than originally planned.

“SCAD opted to phase the delivery so we can complete part of the project on time in 2022, and then continue on to finish the project one year later,” Michelle Gavin, a SCAD spokesperson, wrote in an email.

The first phase, with the northernmost building, is expected to arrive in August 2022 with 581 student beds, a dining hall, and a parking garage.

That’ll be followed by the rest in phase two—402 beds, a theater, classrooms, and a fitness center—in August 2023. Total square footage will land at 384,000, Gavin said.

SCAD's efforts to beef up its Atlanta campus haven't been relegated to Spring Street, however.

Last year, SCAD bought two nearby properties, including the John Marshall Law School Building on West Peachtree Street, as the Atlanta Business Chronicle reported in December. The real estate moves could set SCAD up to have a presence in the northern reaches of Midtown comparable to Georgia Tech’s in the center of Midtown and Georgia State University's downtown.

In the short term, with the low-rise Spring House student apartments scrapped, a more engaging Spring Street frontage looks like a sure bet. 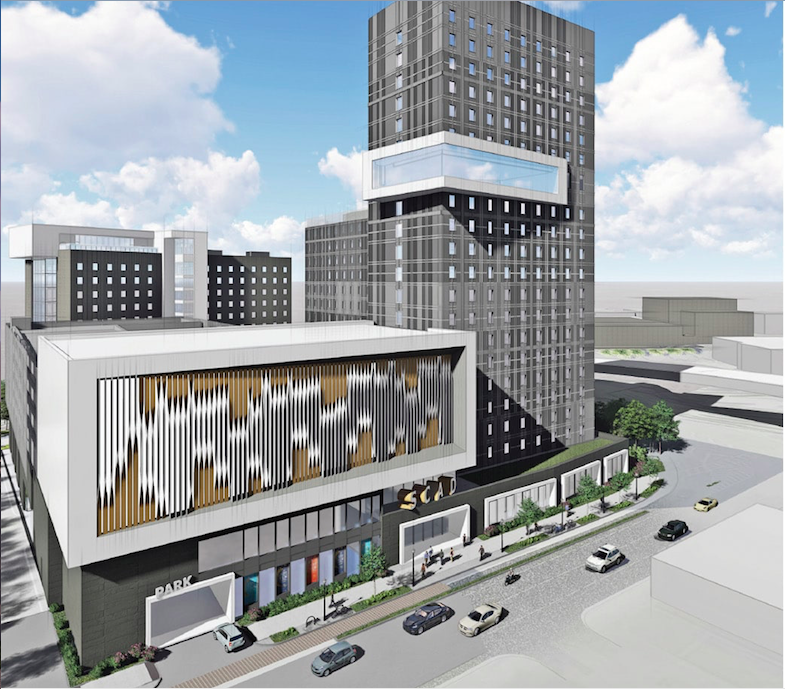 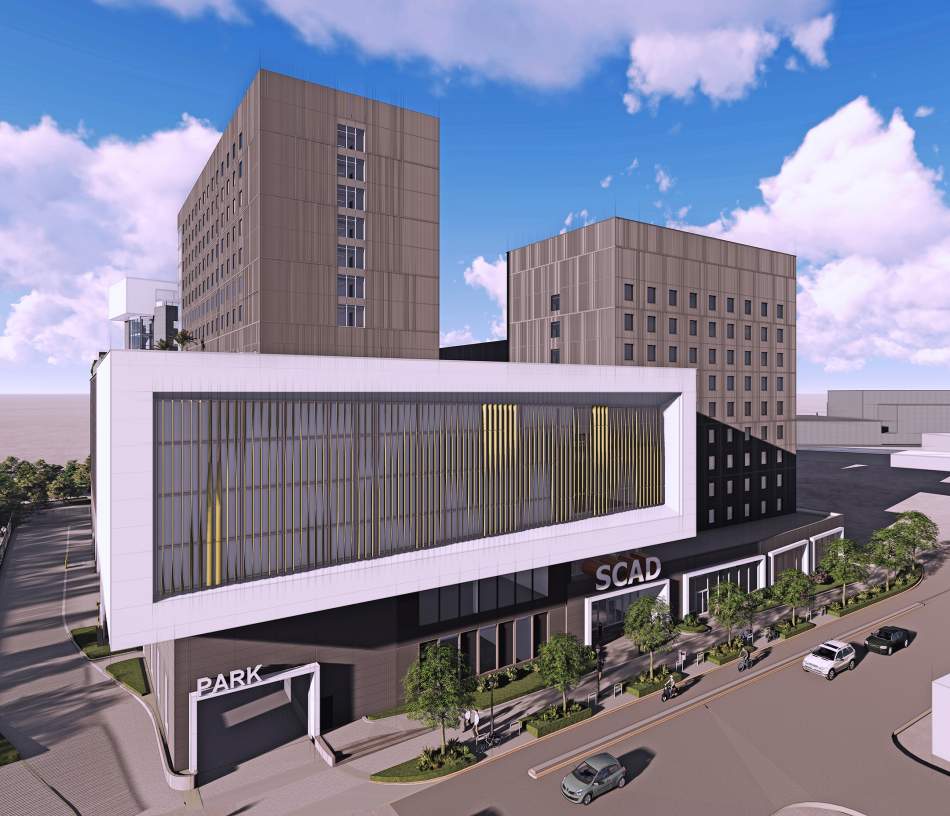