In late 2020, in the throes of pandemic winter, the staff at Atlanta Fire and Rescue Department Fire Station No. 22— aka, the “Double Deuce”—put out a hopeful message on social media: A groundbreaking for their new, improved, and much larger facility in Grove Park’s business district was just a few weeks away.

“[The] new station [No. 22] is underway,” read a Facebook message at the time. “We are excited for this new adventure and will be moving in in roughly 14 months.”

The project, which had been awarded a $1 million grant from the Perry Bolton Tax Allocation District in 2019, did indeed break ground in early 2021. But according to Invest Atlanta, the city’s economic development arm, construction was later halted because of “challenges with the general contractor,” who vacated the project, and complications acquiring “critical materials” that weren’t available.

The original 1938 fire station No. 22 building in Grove Park's business district, as seen in May. Google Maps 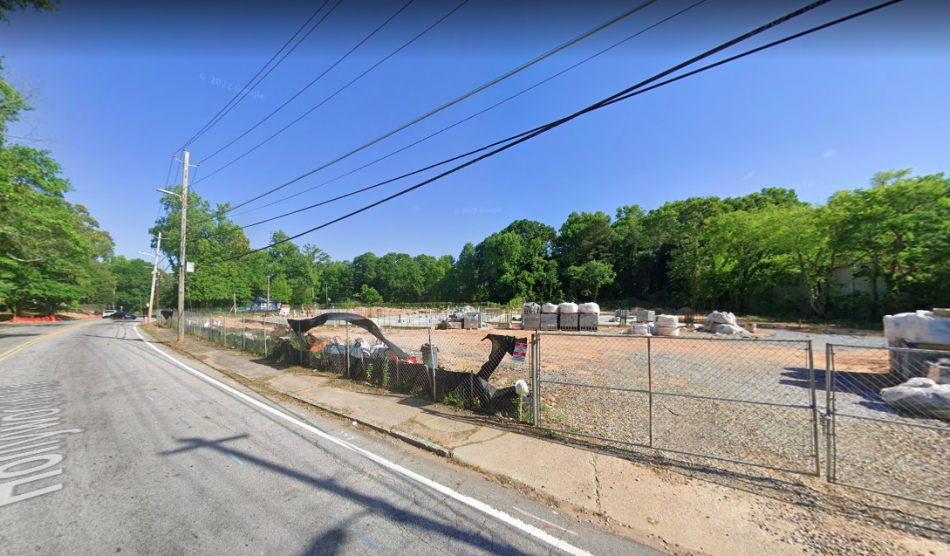 The stalled Hollywood Road construction site in May. Google Maps

The Invest Atlanta Board has now approved another grant from the Perry Bolton TAD—this time worth $5.1 million—to finally finish construction of the 17,000-square-foot northwest Atlanta firehouse.

The stalled 855 Hollywood Road construction site is located about a block west of the original fire station No. 22—a 1938 building that officials have described as outdated and insufficient. Both locations are near the point where Hollywood Road meets Donald Lee Hollowell Parkway in Grove Park, straight west of Midtown.

The City of Atlanta has brought aboard a new general contractor and updated the project cost to include more equipment and an additional interior buildout covered by the approved $5.1 million in grant funding.

Designed by Atlanta-based Harris Smith architects, the fire station will house a firefighter dormitory, administrative offices, and storage for the fire department’s tools, personnel, equipment, and fire apparatuses, according to Invest Atlanta.

But the project—with its estimated $16 million price tag—hasn’t been without friction.

District 9 Atlanta City Council member Dustin Hillis, who heads the council’s Public Safety Panel, complained to Fox 5 Atlanta earlier this month the cost of the new firehouse had become “ridiculous” while calling out the current mayoral administration for asking for another $5 million. Neighboring cities and counties have been able to build larger stations for between $5 and $7.5 million total, Hillis said.

Remy Saintil, commissioner for Atlanta’s Department of Enterprise Asset Management, cautioned that comparing the city’s standards for construction and design to those in the suburbs might not be apples-to-apples, according to Fox 5. Saintil vowed to build the new fire station No. 22 for much less than the projected $16 million cost. 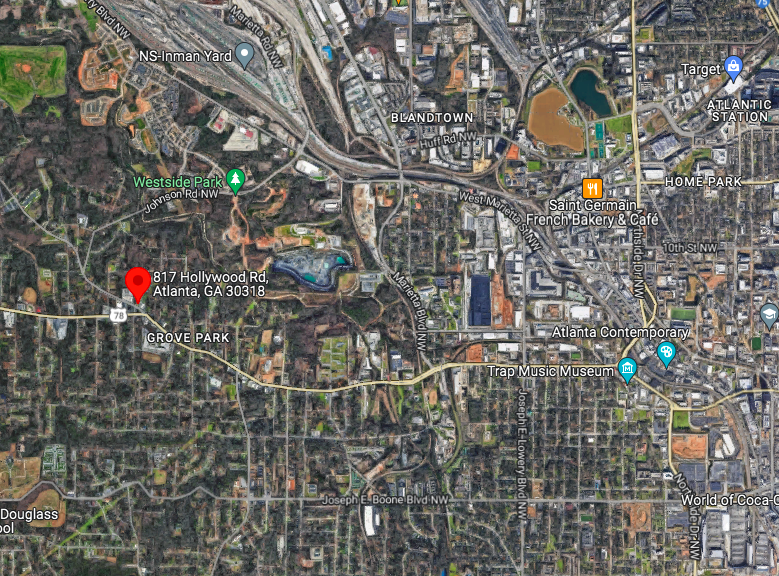 Where the old and updated Grove Park fire stations will be located along Hollywood Road, due west of Midtown. Google Maps

The news station reported that completion of the new firehouse is expected to take about 18 months. Invest Atlanta says construction will resume soon.

The goal of the beefed-up new facility is to improve “response times and safety for local residents seeking emergency services,” per Invest Atlanta officials.