Following a ribbon-cutting ceremony this month, the Howell Mill Road corridor finally has the versatile park space its residents have long been pining for. With views, literally, for miles.

Mayor Andre Dickens and other dignitaries opened the 2-acre park, called The Hill at Atlanta Waterworks, in the rapidly developing district west of Midtown three weeks ago. Located where Howell Mill meets 17th Street, it’s been off-limits to the public since fences were erected around the water to address terrorism concerns in advance of Atlanta’s Centennial Olympic Games in 1996. 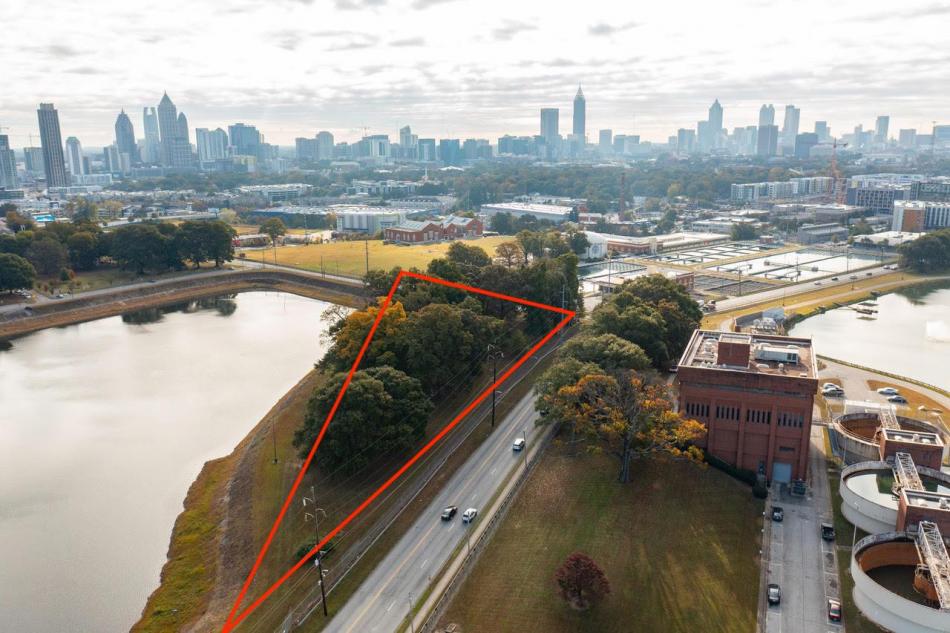 Overview of The Hill at Atlanta Waterworks Park, as the 2-acre greenspace is known. Upgrades are in the pipeline here, per Park Pride. Courtesy of Upper Westside Improvement District, Friends of Waterworks

While the park definitely has a work-in-progress feel (see: the entry), it’s a pretty hilltop space dotted with mature, shade-casting trees. The reservoir’s vibrantly blue waters shimmer on a sunny, early spring day. And the elevation—especially with the last of winter’s bare branches—allows for sweeping views across downtown and Midtown, though the highlight could be southwest perspective on central Buckhead’s high-rises.

For more than five years, Upper Westside Improvement District and Friends of Waterworks nonprofit groups negotiated with city officials to push back fencing around the Atlanta City Water Works Hemphill Reservoir. A deal was finally announced in December, after Atlanta Department of Watershed Management had granted approval for the park.

​Today, the park is an idyllic destination for a picnic, a dog walk, yoga, and other low-key activities, though approaching it doesn’t come without challenges. Explore for yourself in the gallery above.