Atlanta’s Summerhill will be thrust onto the national stage this weekend in a way that celebrates the neighborhood’s Black history, recent revival, and the launch of college football in the sport’s Southern capital.

A live performance from Atlanta rap supergroup Migos will also be hosted on site Saturday.

Officials representing Carter’s Summerhill development sound hopeful the event will help cement the neighborhood’s status as a vibrant, historical mixed-use district, rather than the place near downtown the Braves decided to vacate five years ago.

“Millions of football fans will be transported to Atlanta’s oldest and most historic neighborhood,” according to today’s announcement. The GameDay show outside Georgia State University’s football stadium “will highlight key storylines and offer news, analysis, and predictions for the upcoming college football season, while also celebrating the tradition, legacy, and values of HBCUs.” 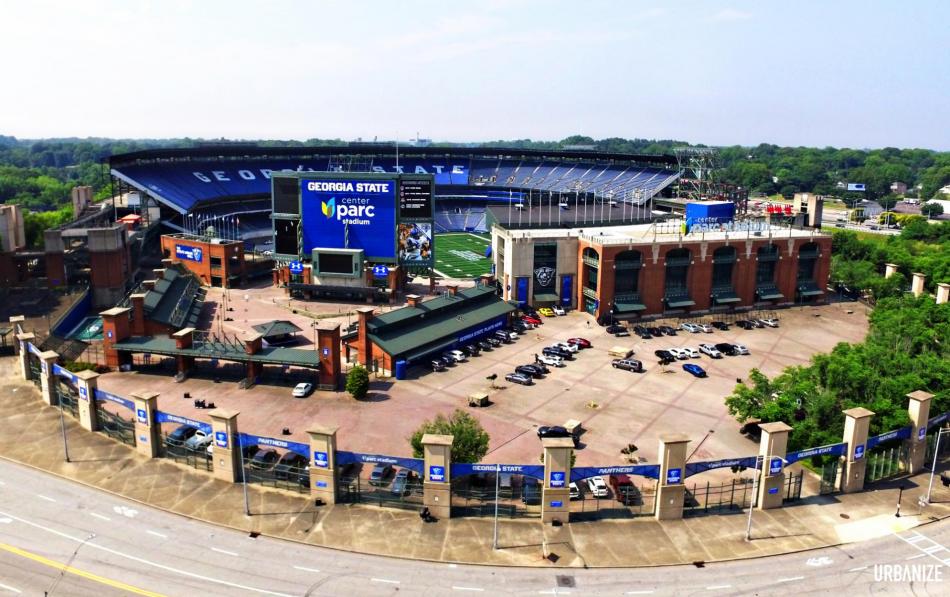 Summerhill was founded in 1865 and settled by freed Black slaves and Jewish immigrants. It later served as home base for some of Atlanta’s 1996 Olympic Games' most iconic events, including track and field competitions and opening and closing ceremonies.

“Today, Summerhill serves as a hub of Black life in Atlanta,” per today’s announcement, “and is home to Georgia State University Athletics, as well as acclaimed restaurants and shops along Georgia Avenue.”

Since the Braves uprooted for Cobb County in fall 2016, a half-billion in investment dollars has transformed rows of long-vacant Summerhill buildings into a mix of restaurants and retail, erected housing on weedy lots, and begun to remake the stadium’s seas of surface parking.

Carter and Georgia State University’s 80-plus acre reimagining of Summerhill has brought an influx of dining, ranging from craft beer to fast-casual vegan and deep-fried donuts, and services such as orthodontics and a salon. Roughly 1,200 apartments and townhomes have opened, or are under construction, within a few blocks of each other. (See a recent drone tour of the neighborhood here.)

Naturally, Summerhill reps are encouraging tailgaters on Saturday to patronize the neighborhood’s new businesses throughout the day.