The project’s slogan was “Edgewood for Everyone”—but not everyone was buying the idea.

Development group SLR Investments has pulled its plans for a 1-acre, corner site in the residential core of Edgewood where they’d hope to construct a multi-building “missing middle” project to create more affordable housing by increasing density.

Rich described the effort as a “brutal process” and said his team will have to build pricier duplexes on the land instead.

“All data pointed toward this site being the exact right location for this type of project,” said Rich in an email. “But in the end, the neighbors said, ‘It’s a good design, and we like the idea, just not here.’”

Neighborhood leaders contend the site wasn’t right for so much new housing in one place, especially when considering more relatively dense projects popping up nearby.

The missing-middle housing initiative would have been a significant change for the corner property, where until recently two older homes including a 1930s bungalow had stood. Both sold last summer for a collective $1.6 million and were demolished to make way for development. 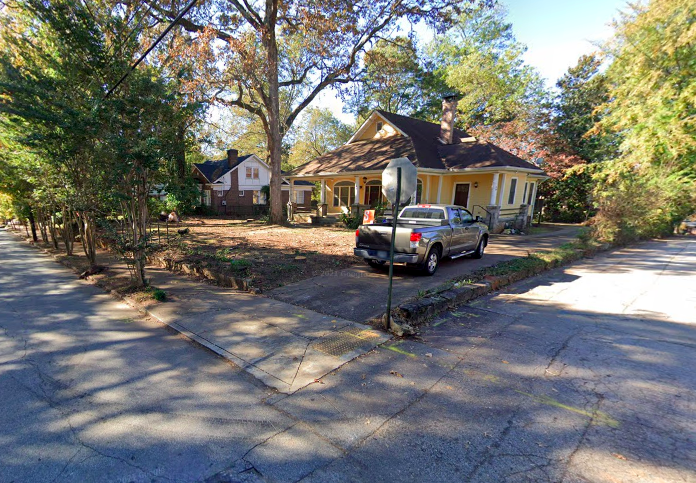 The corner property in question, where Whitefoord Avenue meets Finley Street, as seen in November. This house and the one at left have since been razed in preparation for residential development. Google Maps

SLR Investments hoped to rezone the property from single-family or duplex uses to a missing-middle housing designation, or MR-MU.

Initial plans called for 48 apartments in four buildings with Craftsman-style architecture inspired by 1930s and 1940s homes, featuring large front porches and front yards. Behind the buildings would have been a 32-space parking lot, plus common areas and bike racks. A quarter of the apartments would have rented for prices affordable to people earning 60 percent of the area median income, without the help of public subsidies, according to SLR heads.

Following earlier pushback, Rich said his team dropped the unit count to 36 apartments with a one-to-one parking ratio, though the site’s proximity to the Edgewood/Candler Park MARTA station requires it to have zero off-street parking. A study showed another 45 parking spaces within 1,000 feet of the site, Rich said, for absorbing additional vehicles that might block driveways or crowd people’s yards.

A MARTA bus stop is located across the street from the site, the MARTA train station is .4 miles north, and the Edgewood Retail District is about .3 miles west, meaning that car trips would be less necessary, Rich noted. The area of Edgewood in question already has 11 multifamily zoning districts in place, he said. 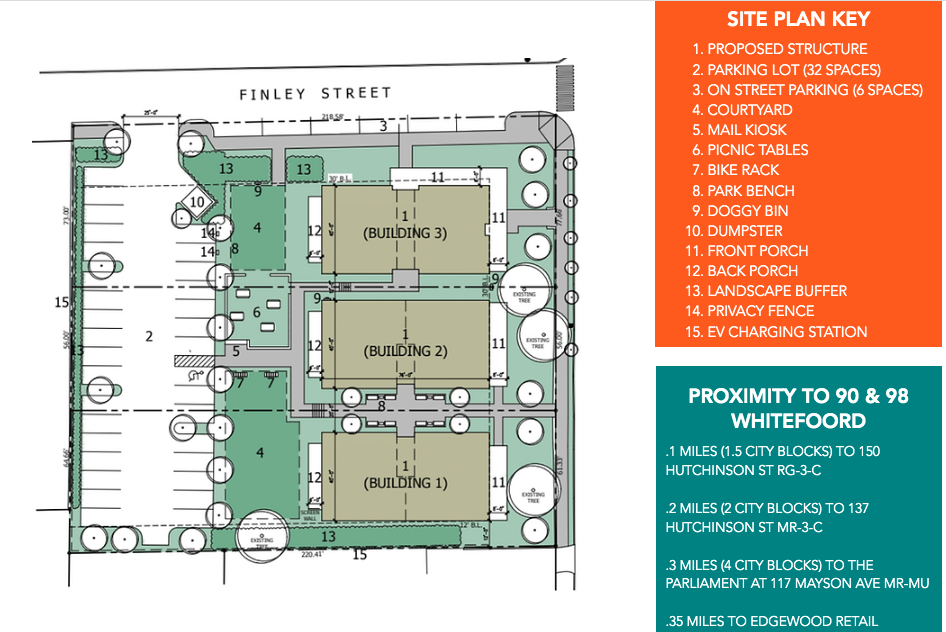 The revised 90 and 98 Whitefoord site plan that was ultimately pulled. SLR Investments

Following a recent meeting, Dusty Miller, Edgewood’s ONE Zoning Committee chair, said the neighborhood still had concerns with the smaller three-building concept regarding increased traffic and parking, a lack of info on the impacts of the proposed density, and a disagreement that the project aligned with the broader Edgewood Redevelopment Plan.

Miller noted that residents applauded the project’s scale and non-subsidized affordability goals and discussed other Edgewood locations where it might be more appropriate.

“It’s very important to point out,” Miller said, “that most of the immediate neighbors and the Zoning Committee members that were opposed to this development were only opposed to it based on the site selected and the issues resulting from that specific site.”

The missing middle concept refers to housing that fills the gap between apartment complexes and single-family homes—the difference, in some cases, between subsidized housing and more expensive, market-rate living options.

SLR Investments had marketed the four-building project as being able to offer even market-rate apartments at 10 to 20 percent cheaper than newer buildings nearby at Edgewood’s redeveloped MARTA station.

Rich said the properties have been subdivided into four lots. He expects duplexes to move forward on those properties sometime within the next year.