Another development aimed at intown college students is in the works between Centennial Olympic Park and Georgia Tech’s campus.

According to renderings obtained by Urbanize Atlanta, the Dezhu US development is being planned for a vacant site a block from Georgia Tech’s Bobby Dodd Stadium, just south of North Avenue.

Frank Chen, COO of Bolton Atlanta LP and Dezhu US—a Norcross-based subsidiary of Dezhu China—confirmed the project would be student housing but wasn’t yet able to provide further details. It remains in planning stages, said Chen. 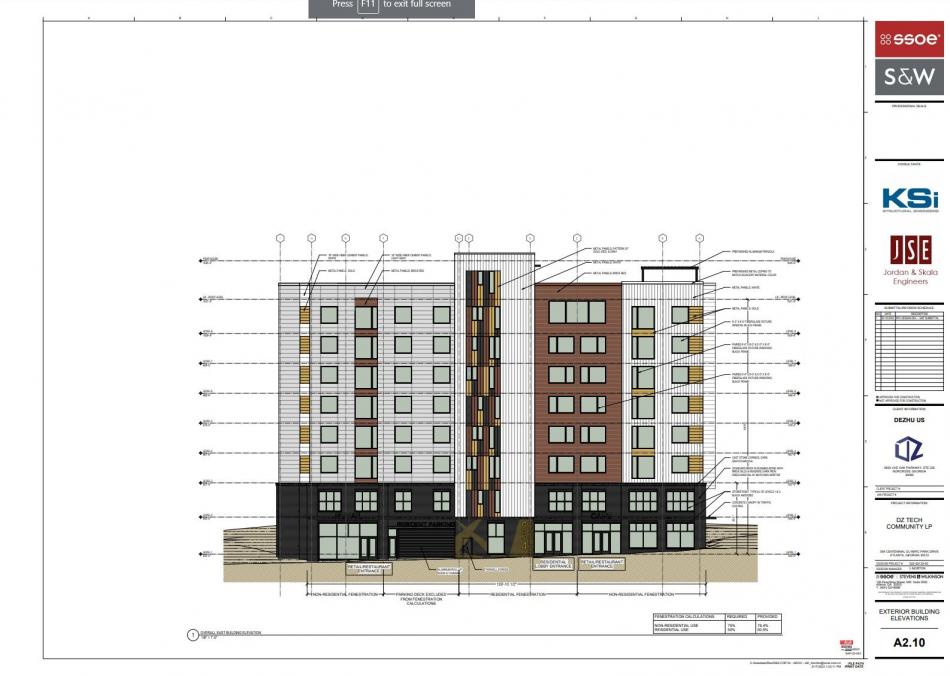 Current renderings indicate the SSOE/Stevens & Wilkinson-designed building would rise eight stories at 564 Centennial Olympic Park Drive NW. It would be topped with amenities such as lounging and grilling areas, per plans. 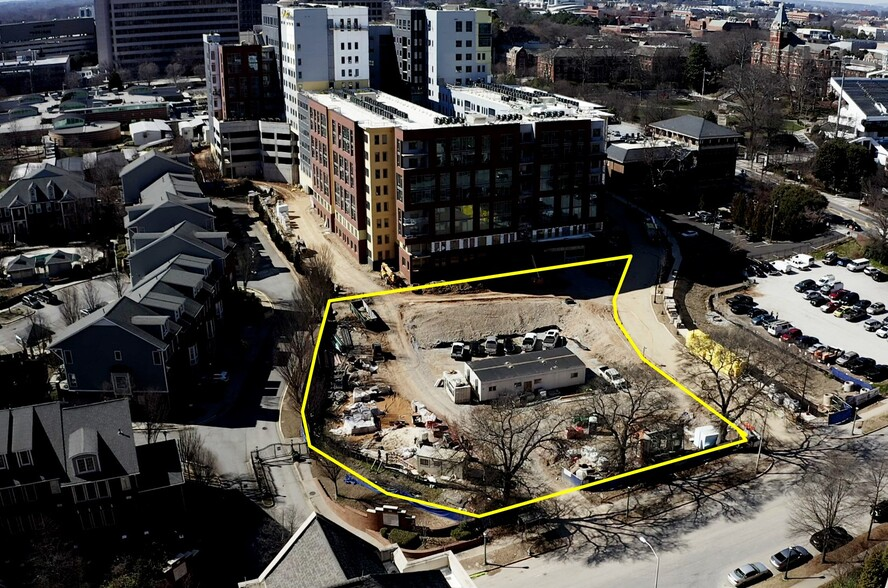 Another tower project aimed at the Yellow Jacket student demographic—the 19-story Hub Atlanta—is under construction near the corner of 10th and Spring streets in Midtown.

Elsewhere in Atlanta, Dezhu US has developed the Reverb by Hard Rock hotel in Castleberry Hill and neighboring apartments under construction now, the Sonder hotel on the eastern edge of downtown, and the J5 condos in Midtown.

The company also counts Old Fourth Ward projects near Boulevard, including the Park Haus townhomes, in its portfolio.

• Photos: Views from atop new Georgia Tech apartments are off the charts (Urbanize Atlanta)