What’s marketed as a “vibrant new food hall and music venue” where “a prohibition against chain restaurants” will be enforced is nearing its debut in the heart of East Atlanta Village.

Southern Feed Store is remaking the Glenwood Avenue bar space that’d been occupied by Graveyard Tavern since 2005 and introducing the village’s first food hall concept, albeit a relatively small one compared to Krog Street Market, the revamped Colony Square, or others that have cropped up around the city.

The six-stall EAV project is the work of Pellerin Real Estate, developer of Grant Park’s The Beacon. The company exclusively shared news with Urbanize Atlanta today that a fourth food tenant has been signed: Waffle Bar, the first restaurant concept by longtime neighborhood residents Reuel and Doneica Murray.

Waffle Bar has leased a central space alongside previously announced tenants Woody’s CheeseSteaks, Gyro Gyro, and the anchor Buteco, a Brazilian coffee shop that opened its first location at The Beacon in 2018.

The former tavern’s façade has recently been redone in anticipation of an opening that’s been bumped to this fall, Pellerin Real Estate principal Philippe Pellerin tells Urbanize.

“We’re so close, but uncertain equipment delivery schedules are impeding our efforts to open,” Pellerin wrote via email today. “I expect in six to eight weeks we’ll be open.” 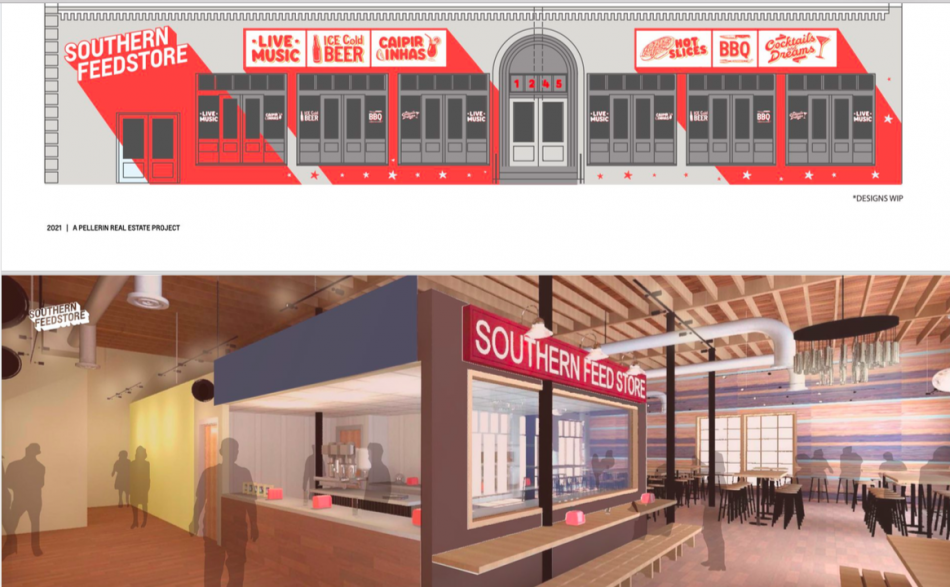 Pellerin bought the roughly 6,000-square-foot building in early 2020. The food hall’s name is a nod to the feed store that occupied the building from the late 1920s to the 1940s. It marks the developer’s fifth EAV project within a few blocks of each other.

The Waffle Bar concept will allow patrons to customize waffles, leaning mostly toward sweet items but with savory and vegan ones available as well, Reuel Murray said in an announcement. The venture allows him and his wife to share their longtime passion for food and cooking.

“We’re not just doing chicken and waffles here,” Reuel Murray said. “There are ways to be very creative—you can have different toppings and flavors that suit your palate.” 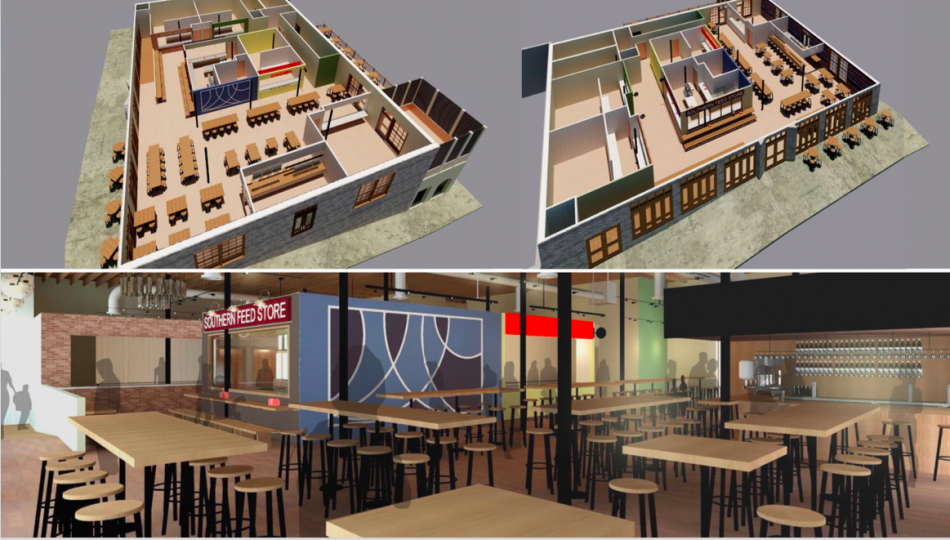 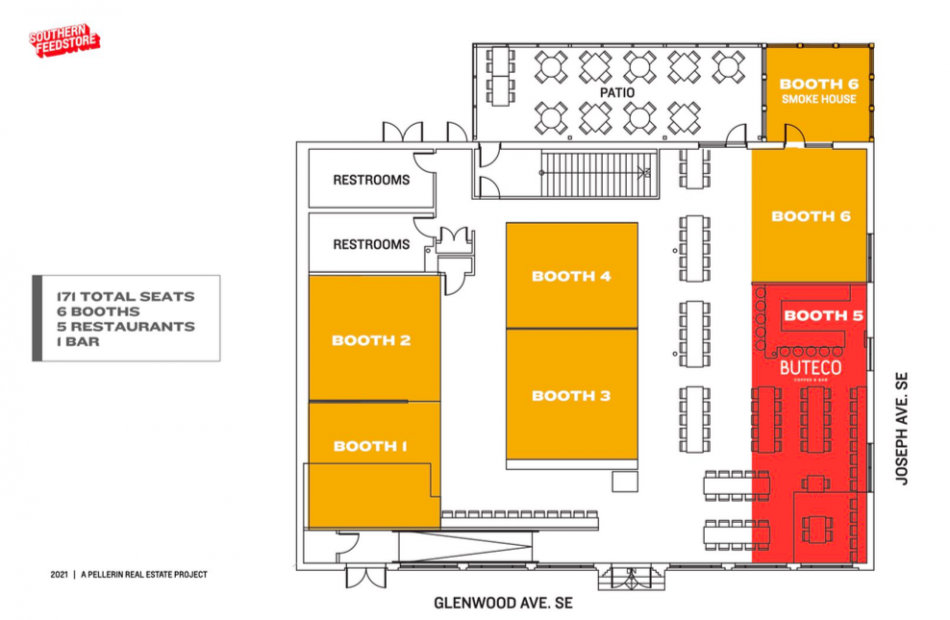 The floorplan as outlined prior to recent tenant announcements. Courtesy of Pellerin Real Estate

Just down the street in EAV, Pellerin is also constructing a three-story mixed-use project called The Marbut, next to the new Hippin Hops Brewery and Oyster Bar. It’s expected to deliver 6,000 square feet of ground-floor commercial spaces, topped by 21 one-bedroom apartments on the second and third floors, later this year.

Other Pellerin projects in East Atlanta include three revitalized storefronts on Glenwood Avenue for OxFit gym, OxWork business club, and a fusion coffee shop concept by The Victorian plant purveyor and Bellwood Coffee.