Since new townhome products started popping up in the heart of East Atlanta Village in 2019, nearly 80 examples of the housing type have replaced parking lots, empty fields, and smaller commercial properties in the funky, densifying district.

All of them ready for sale, with one exception, have either closed or landed contracts to date, in three separate projects. So the EAV market, it seems, was townhome-hungry.

The latest venture to claim “sold out” status is Epic Development’s Village Stacks. It’s been taking shape since late 2019, replacing a formerly vacant lot along the southeastern rim of EAV, near The Midway Pub. 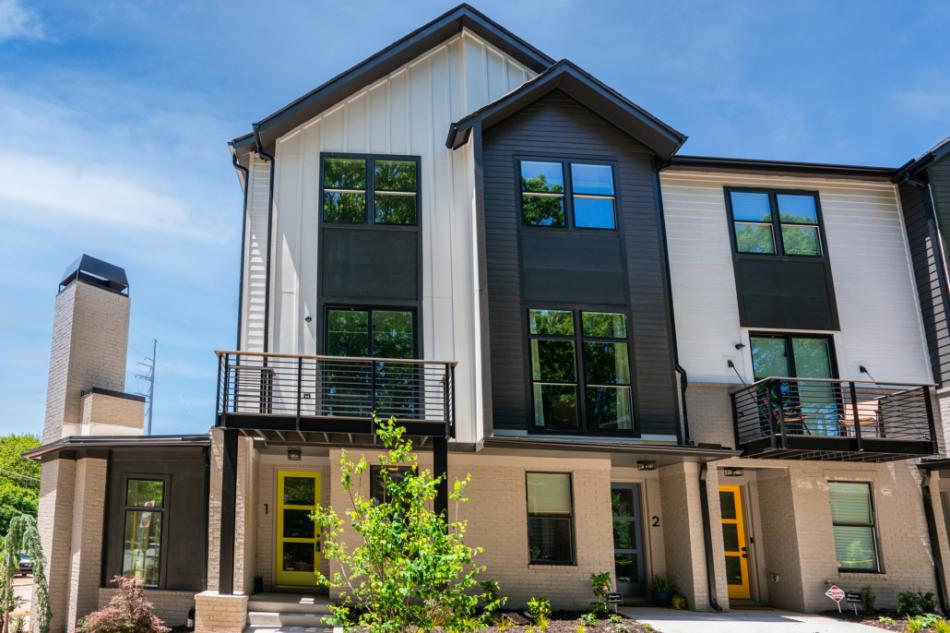 When we last checked in on the 20-home project a year ago, it was beginning the final phase of construction along May Avenue, near a clubhouse component that’d been built at the corner of Patterson Avenue. The last half-dozen townhomes, including the model unit, are pending now. 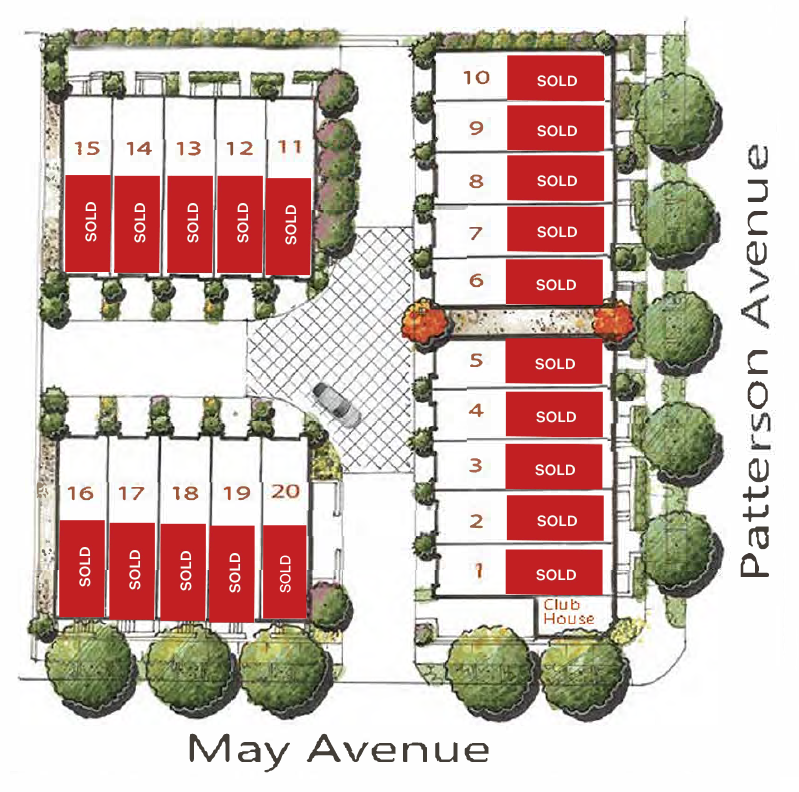 How the 20 Village Stacks units were arranged around the corner lot. Epic Development

Earlier plans for the lot had called for bigger units with higher prices—starting in the high $500,000s—and fewer of them.

Instead, the Village Stacks started delivering two-bedroom floorplans in early 2021, with an exterior style popularized as “modern farmhouse.”

As recently detailed in Old Fourth Ward and Kirkwood, and with Toll Brothers’ Portland Row townhomes nearby in EAV, townhomes with two bedrooms are selling as buyers seek living options with more room to stretch out than condos, and builders aim to maximize the number of homes that can fit on available land.

The Walk Score at Village Stacks clocks in at a strong 88, a nod to abundant eating and drinking options in the area, plus bus transit and nearby greenspace such as Brownwood Park. The locale and lock-and-go units were marketed as “urban living at its finest.”

Have a closer look at what’s worked with EAV buyers in the gallery above.