A magnet for oversized graffiti shaped like a Long John Silver’s tends to do that.

But indications are that change could be coming to the highly visible property at 405 Moreland Avenue, along EAV’s western edges. 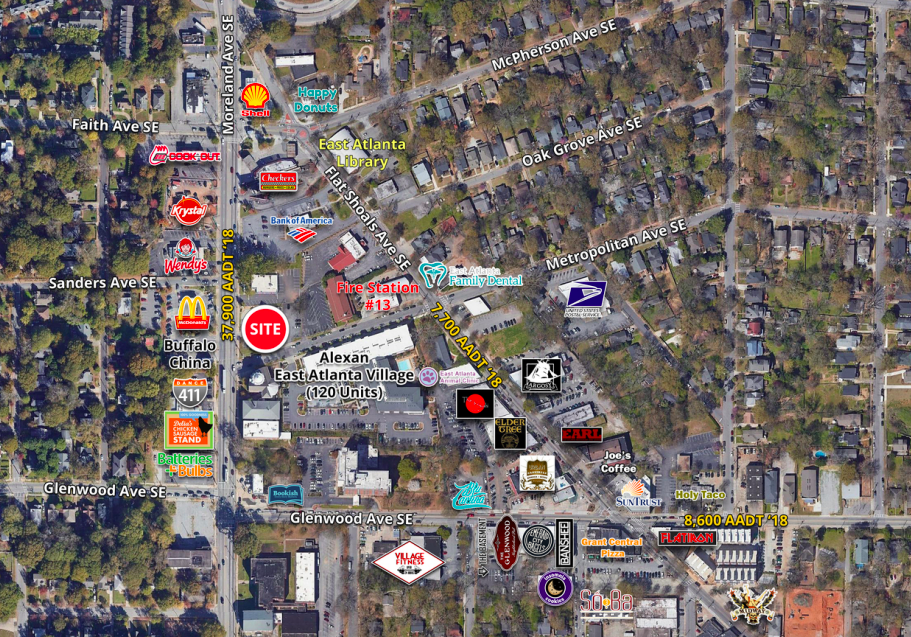 Located where Moreland meets Metropolitan Avenue, the 1,800-square-foot building includes 33 parking spaces and a drive-thru. A source in East Atlanta says the fast-food chain shuttered operations in October 2019, as announced with “Store Closed” signage posted on the Moreland marquee that’s still there.

The property appeared for lease on LoopNet about a year later. 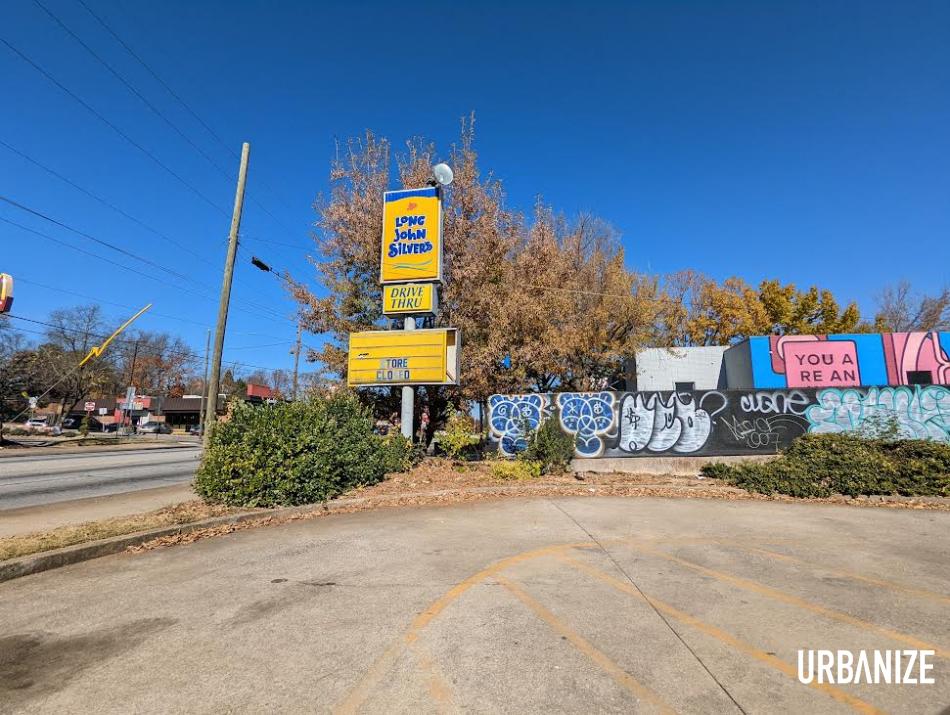 Until recently, SRS Real Estate Partners has been marketing the shuttered LJS as a chance to enter a hip neighborhood with interstate access less than a mile to the north. “East Atlanta Village is a walkable area of town with unique, edgy character and a thriving independent business sector,” read the SRS brochure.

But the property’s no longer actively listed among SRS’ many other Atlanta listings online. Sales records reflect no recent transactions, but word around the neighborhood is that quick-service coffee giant Starbucks could be coming in.

SRS officials who’ve represented the property did not respond to inquiries this week, so we haven’t been able to confirm or discredit the Starbucks scuttlebutt.

Perhaps it’s worth noting, however, the same company has marketed the Old Fourth Ward site, at Boulevard and North Avenue, where Starbucks is planning a drive-thru location.

Have a closer look at the empty property in the gallery and ponder if it’s right for putting Pike Place where the hush puppies once were.