The sales push has launched for a unique Druid Hills project that qualifies as both infill and adaptive-reuse—but certainly not affordable housing by most standards, at least not in the initial phase.

According to Sam Morgan, Engel & Völkers Atlanta director of sales, Downing Park will include 11 attached villas, two standalone manor homes, a restored and repurposed carriage house toward the south side of the property, and five condos in the overhauled but preserved mansion. 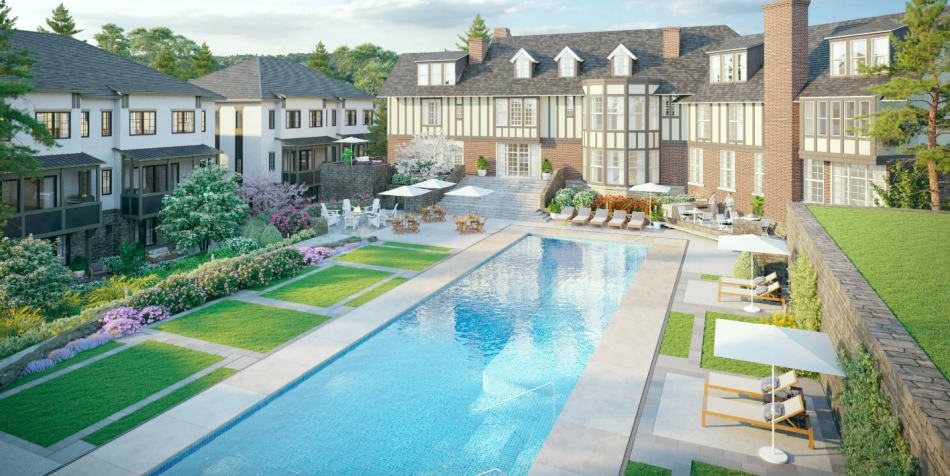 The communal amenities at Downing Park and the planned villas, at left. A garage is pictured at right. Downing Park/Engel & Volkers Atlanta/M. Crisler Designs

On the smaller end, the property’s carriage house is being converted into a three-bedroom home with 2,074 square feet.

The villas, meanwhile, will offer either three or four bedrooms and sizes between 2,754 and 3,616 square feet.

Positioned away from Ponce de Leon Avenue, near Candler Park and the PATH Foundation’s Freedom Park Trail next door, the manor homes will each have six bedrooms and relatively huge interior volumes of about 5,000 square feet.

As of late June, four villas in the initial phase were considered reserved, according to Morgan.

“The unique nature of this community is very exciting due in part because it offers homebuyers the opportunity to own a piece of history,” Morgan wrote via email. “Many homebuyers appreciate historic architecture and homes, but they would prefer a new home and a lock-and-leave lifestyle.” 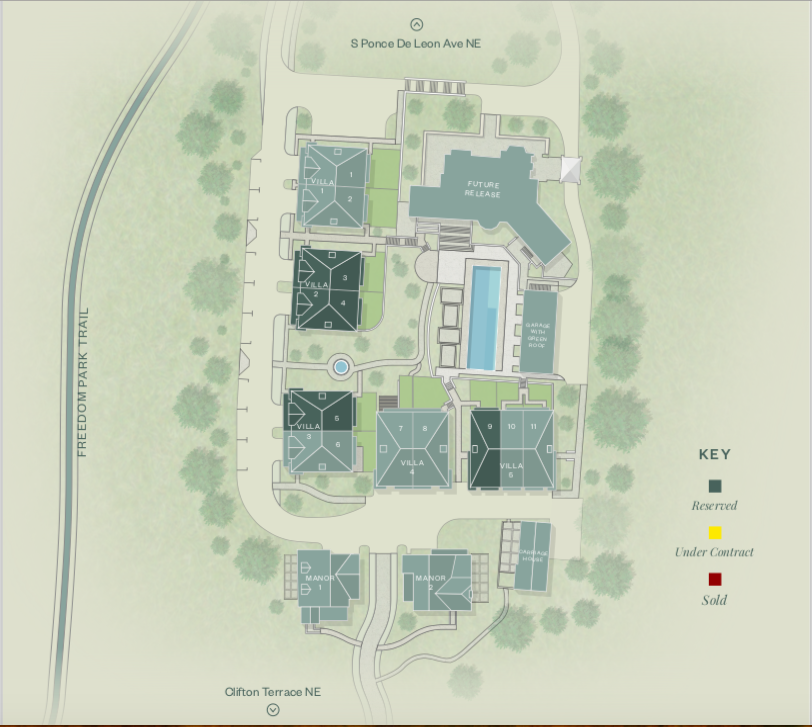 Morgan said plans call for the Downing Park community to be gated, with access points on South Ponce and Clifton Terrace. If renderings are any indication, amenities that include a saltwater pool, sunbathing terrace, and lush gardens are where the project could really shine.

Perks of phase-one housing include private courtyards, screened back porches, and expansive front porches with the villas, Morgan said.

The manor homes and carriage house, meanwhile, will each offer large private courtyards that are meant to feel like extensions of interiors.

Monte Hewett Homes is building all new-construction at Downing Park, while Hammertime Construction is restoring and converting the carriage house and mansion condos, Morgan said.

Atlanta-based TSW architect firm master-planned the Downing Park site and is serving as both architect and landscape architect for the development.

Jerry Spangler, TSW’s founding principal and Downing Park’s lead architect, tells Urbanize Atlanta the location and orientation of each new home is meant to optimize views of Candler Park greenspaces, located adjacent to the property, immediately west. The adaptive-reuse original structures will be updated “to appeal to modern-day buyers,” according to Spangler.

“All in all, this is a spectacular new community that celebrates the beauty and history of the site and original home,” Spangler wrote via email. “It’s designed to blend into the well-established neighborhood, while offering potential homebuyers the very latest in amenities, well-planned and mature landscaping, extraordinary building materials, and eco-sensitive design.”

How the villas will face a PATH trail in the area that leads to downtown, Decatur, and Stone Mountain. Downing Park/Engel & Volkers Atlanta/M. Crisler Designs/TSW

Designed by architect Walter T. Downing, the Tudor home and its carriage house were built in 1914 for Georgia Railway and Power Company president Preston S. Arkwright, while the Jackson Hill Baptist Church was erected later.

The Pinebloom property had been up for sale for more than a decade, but concerns about the decaying church building next to the mansion and other circumstances prevented a deal from being struck. Records indicate the property sold to Joel Reed of Reed and Company—the current developer and a longtime Candler Park resident—for $3.06 million in March 2021.

According to the Atlanta Urban Design Commission, the original home and carriage house are considered contributing structures to the Druid Hills Landmark District, while the church was not.

Reed’s plans for razing the church and repurposing the mansion were approved by both the Druid Hills Civic Association and the church congregation, which will be allowed to worship at a facility on site once construction is complete, as The Christian Index has reported. 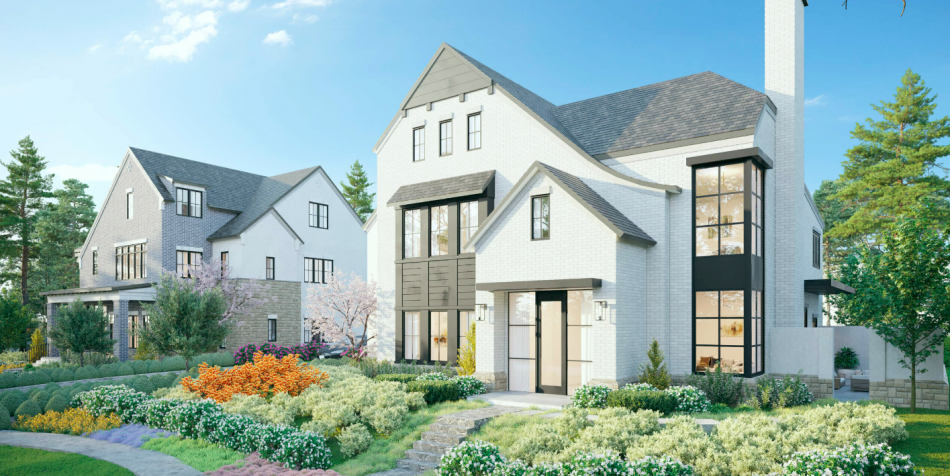 Another adaptive-reuse project with adjacent new-construction—a pocket neighborhood called Frederick Trust—now stands next door to Pinebloom/Downing Park, to the east.