As visitors to Mercedes-Benz Stadium or Castleberry Hill may have recently noticed, construction is underway on developer Newport’s phase-one renovation of several blocks of buildings lining Mitchell Street, a popular destination for early 20th century travelers arriving by train in Atlanta.

That Hotel Row project—site of a four-month “Pop Up Row” in 2019 for startups and artists—is expected to deliver in 2021, according to officials with Newport, an international developer with US headquarters in Atlanta.

Today, Newport lifted the curtain on two concepts—bringing cocktails, pizza, and popular chicken sandwiches—that plan to debut as part of the “South Dwntn” reimagining of the district.

How Crispy, which operates an express location in Summerhill, will go brick-and-mortar in a space at 235 Mitchell Street. The team specializing in chicken sandwiches was drawn to the area’s history and the chance to operate in a “beautiful” storefront, per an announcement today.

Down the street at 219 Mitchell, Slater Hospitality will open a small pizza shop with a walk-up window dishing square slices with a variety of toppings—plus an underground cocktail bar in the basement built around an existing Outkast graffiti mural. 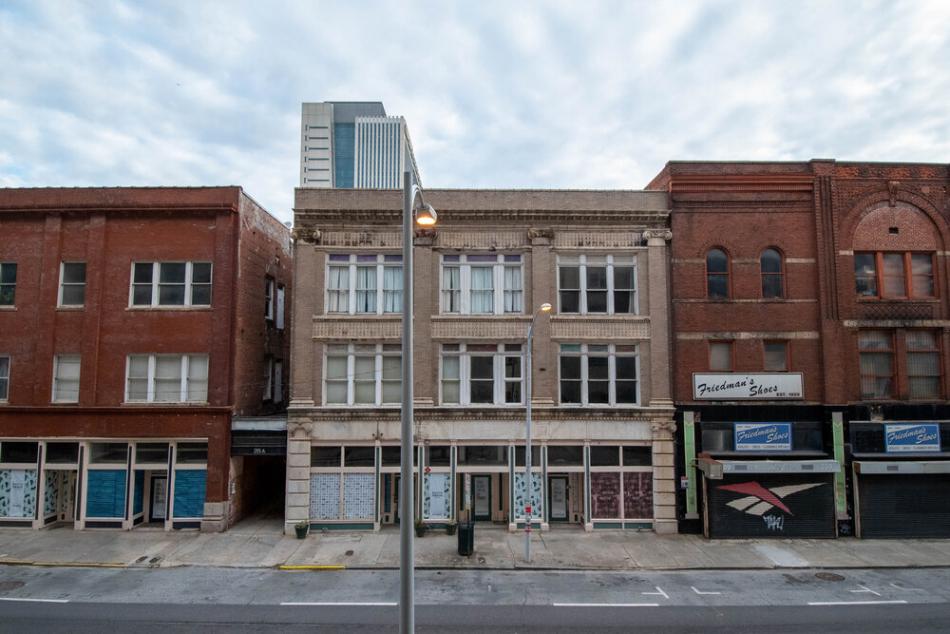 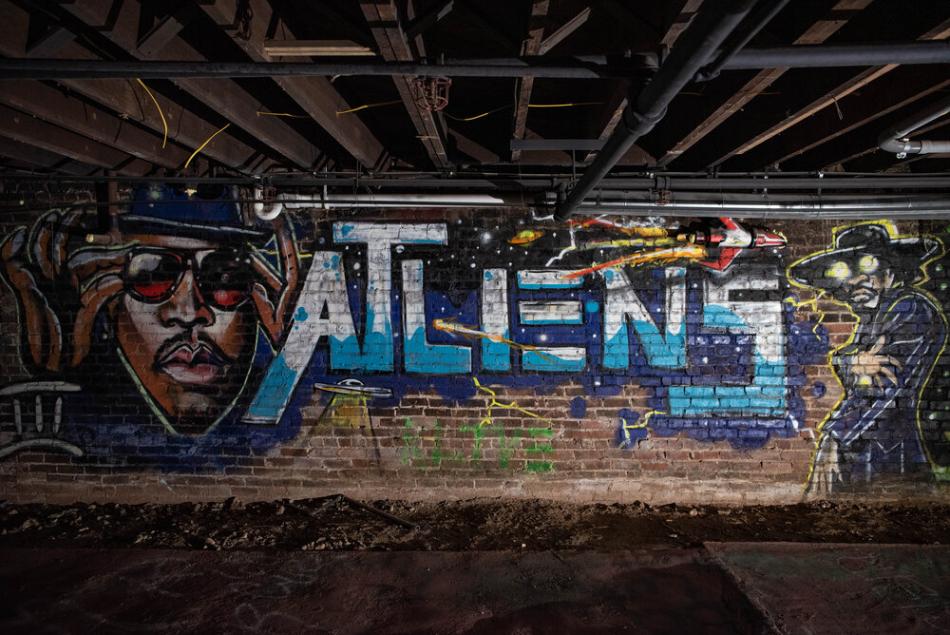 An underground Outkast mural that will be incorporated into Slater Hospitality's plans for a cocktail bar. Photography by Kristin Ferro, courtesy of Newport

Slater Hospitality is behind 9 Mile Station and Skyline Park at Ponce City Market, and another rooftop concept underway at West Midtown’s Interlock.

Newport reps teased that another Slater rooftop concept is percolating at the 222 Mitchell building across the street, where early site work and marketing efforts are underway. The 289,000-square-foot collection of buildings has been vacant for years.

Both concepts are expected to open in early 2022 at Hotel Row. Some of the buildings date to 1908, originally constructed as hotels to serve nearby Terminal Station. 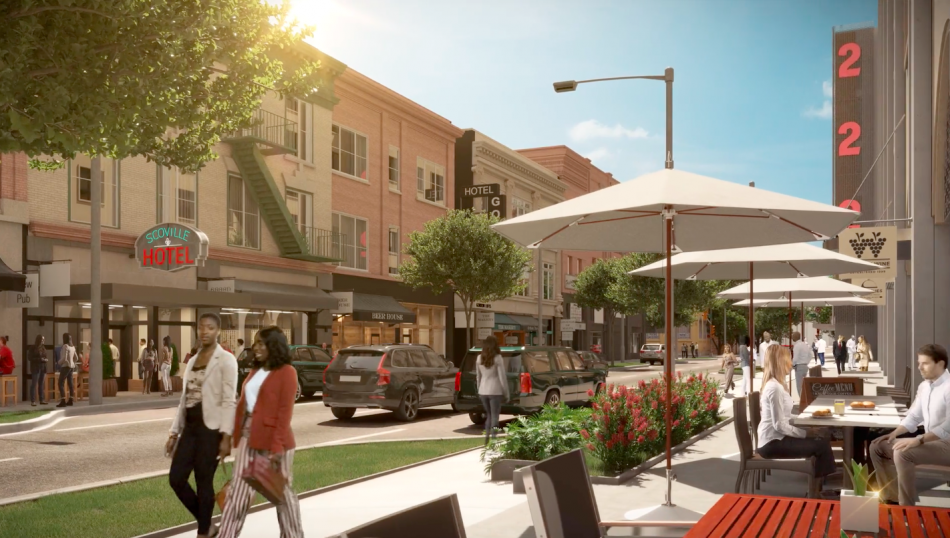 From patios at 222 Mitchell Street, the planned Hotel Row is seen across the street. Courtesy of Newport RE US, via Vimeo

“After years of planning and programming, we’re one step closer to truly reviving South Downtown,” said April Stammel, Newport senior vice president, in today’s announcement. “I could not be more excited to unveil details on these first tenants for Hotel Row—both of whom will help create a thriving community and are excited to truly honor the building’s unique character.”

It’s another sign of momentum for downtown, where CIM Group’s redevelopment of the Gulch, Centennial Yards, celebrated a groundbreaking and brewery/distillery signing in recent weeks, and the team behind Underground Atlanta’s revitalization announced a 21-stall food hall concept last month.