When mixed-use expansion plans emerged in 2017 for a well-known BP gas station across the street from The Varsity, they were called a unique intown tactic for diversifying a petro-dependent business and generating new revenue via leasable space.

The fill-up station neighbors several landmarks where downtown meets Midtown at the corner of Spring Street and North Avenue, including Bank of America Plaza, the historic restaurant, and the Connector.

Back in early 2017, owner Amin Alibhai, a local real estate investor, called the store itself a popular “landmark” and the planned glassy addition of offices on a second floor “beautiful architecture,” as Bisnow Atlanta reported at the time. 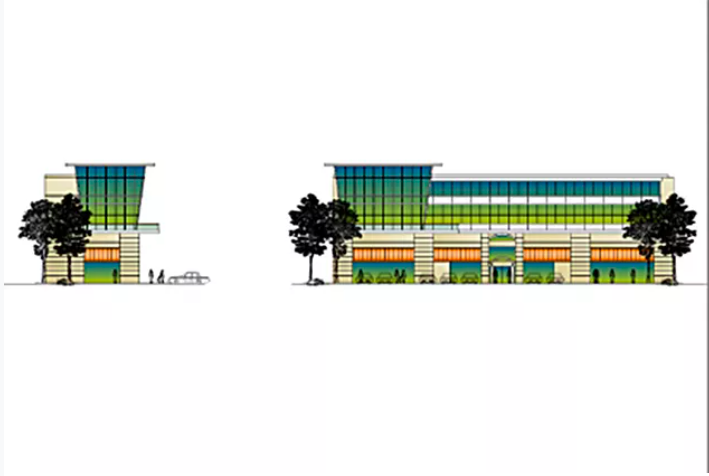 Plans for the glassy office addition in 2017, which have clearly changed. Amin Alibhai/2017, via Bisnow Atlanta

Expansion of the gas station—plans called for a larger café with a new attached Domino’s Pizza, topped with glass-encased offices—was called novel, if not a first, for mixed-use redevelopment intown. Permit filings in 2018 indicated it would cost nearly $3 million.

The bulk of the expansion came together in 2019, but that work is being modified now, and the additions remain open husks. The BP station’s mini mart and a Dunkin’ are the only operational businesses on site. (So at least it's not the Campanile redevelopment "eyesore" in Midtown, where nothing has happened recently.)

The gas station and mini mart prior to expansion work in 2018. Google Maps 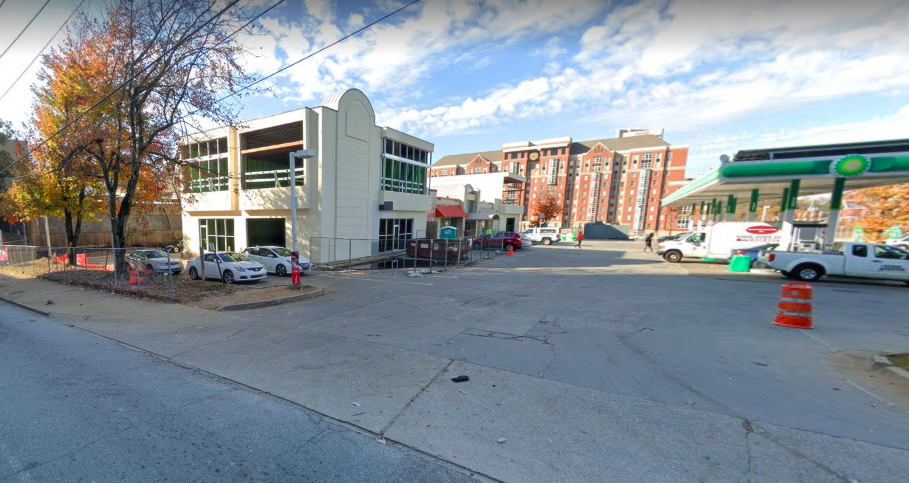 The work in 2019, with an arched exterior addition toward the Spring Street side. Google Maps 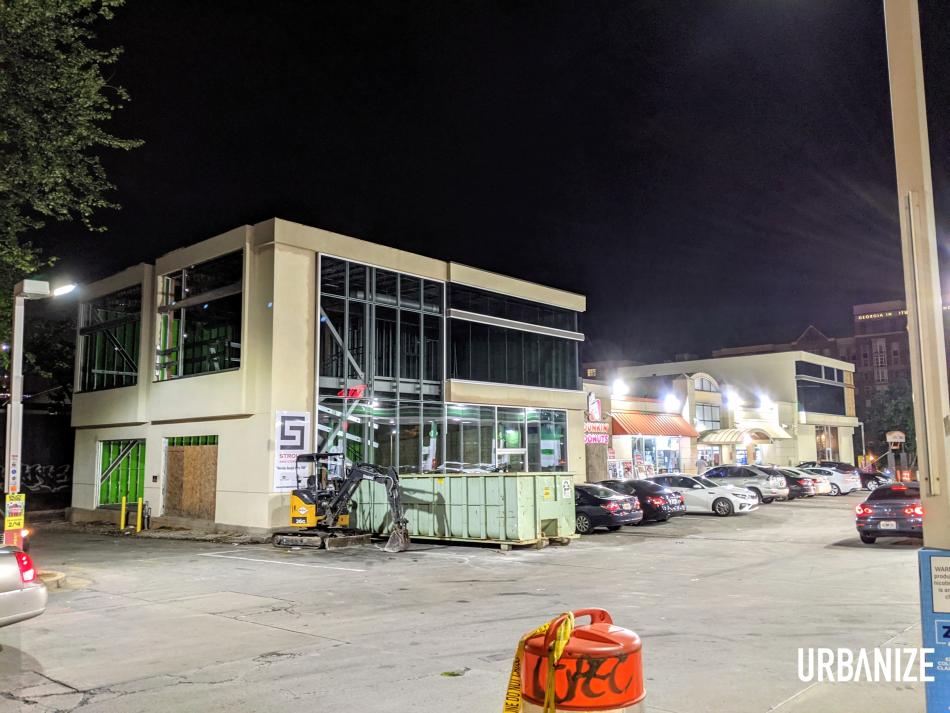 Modifications to the previous expansion as seen this month. Josh Green/Urbanize Atlanta

Placing offices over, or next to, a gas station is unique by intown standards, but several similar hybrids exist a little farther afield. Those include Chevrons near Northlake Mall and another at West Paces Ferry Road and Interstate 75.