Not to dash the hopes of development wonks (and excitable tipsters) across Atlanta, but a recent groundbreaking next to Buckhead MARTA station is not evidence the city’s tallest tower since the Great Recession is moving forward.

Instead, it’s a parking garage expansion and lobby renovation—much more ho-hum, if not for the public greenspace component atop the garage.

But developers tell Urbanize Atlanta the project could set the stage for more density and the elimination of a surface parking in Buckhead’s high-rise epicenter. The scope of that density, for now, remains to be seen. 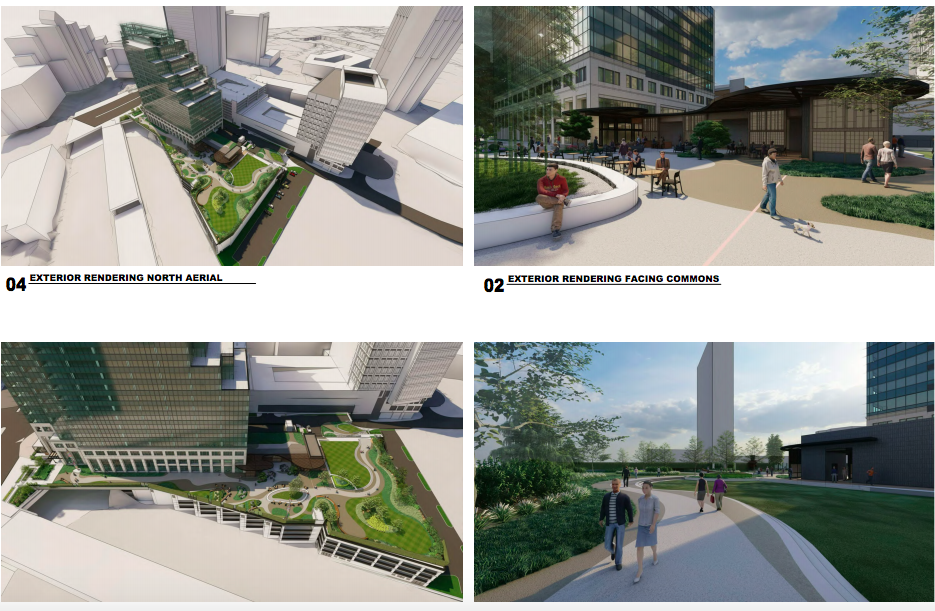 According to building permits, the project will add 359 parking spaces in a five-level deck, topped with a park that has seating, lawns, and winding pathways for public use. It’s designed for future integration with both PATH400 and the hypothetical, highway-topping HUB404 next door. (Our inquiries for an update on HUB404's status haven't been returned.)

McNamara said construction should take about a year. Once finished, it “will allow 3350 Peachtree to have all of its parking contained within the convenient, attached structured deck, accessible to both Peachtree and the Buckhead Loop,” McNamara wrote via email.

The beefed-up deck will also free up the remainder of what’s been a surface parking lot known as 3354 Peachtree for future development.

On that site, as seasoned development watchers will recall, Regent Partners pitched a 44-story, mixed-use tower in 2019—a sibling to the Sovereign building, Buckhead’s tallest—that promised to redefine the financial district’s skyline. (Regent also developed the 50-story Sovereign, completed in 2008.) 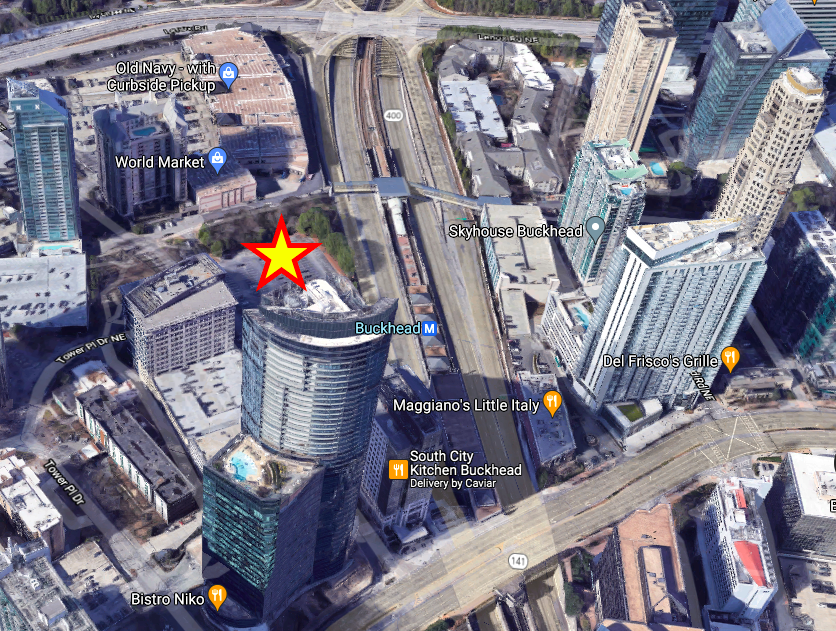 Starred is the 3354 Peachtree site where a similar tower to Sovereign (foreground) was proposed two years ago. A greenspace-topped parking garage expansion has broken ground next door. Google Maps 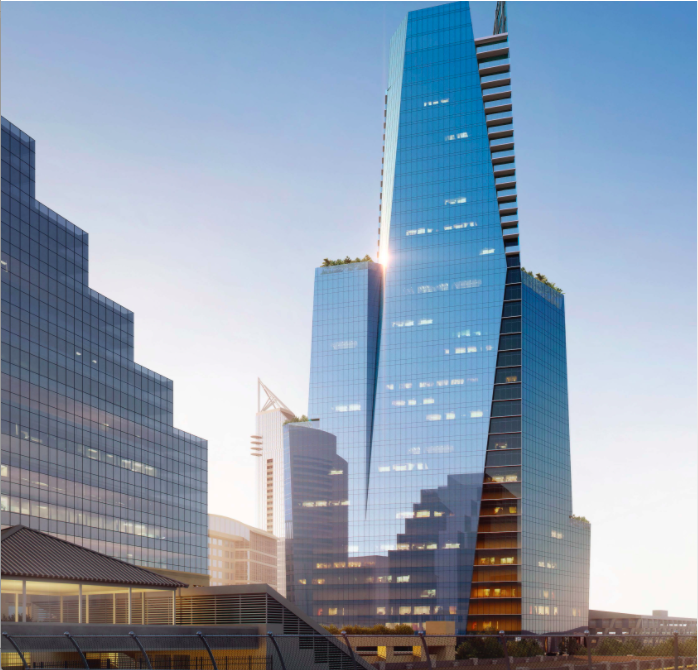 McNamara said the site, now owned in a joint venture between Cousins and Regent, is in design phases for “future office and multifamily components.”

Could that include the sleek, sky-scraping designs from before? Only time will tell.

“We’re considering a variety of mixed-use site plans at the moment,” said McNamara.