At a glance, it might be hard to believe this award-winning modern house has stood a few doors down from Atlanta’s marquee street for 13 years, inspiring young architects and contemporary design enthusiasts ever since.

Designed by James Choate of Choate + Hertlein Architects, and built in 2008 on a sloped one-third acre over Beverly Road, the Ansley Park residence came to market for the first time last week at $3.5 million.

And it didn’t linger for long.

Chase Mizell, the Atlanta Fine Homes Sotheby’s agent who holds the listing, tells Urbanize Atlanta the house attracted a flurry of interest—but ultimately went under contract in one day to the first (unnamed) buyer who'd toured the property. 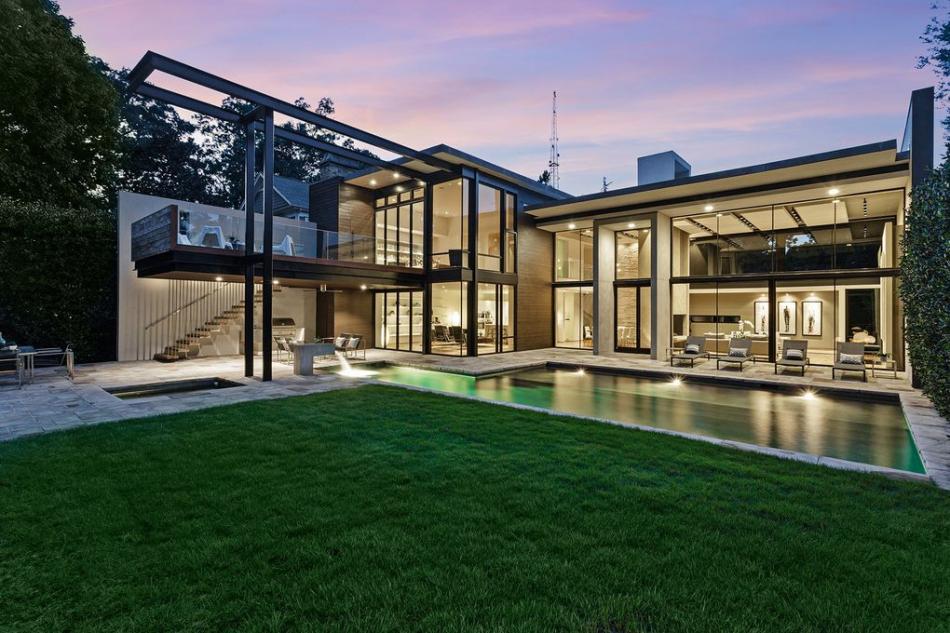 Full scope of the backyard and interiors framed by so much glass. Photography by Jon-Michael Sullivan; courtesy of Atlanta Fine Homes Sotheby’s

“There have been a few sales in Ansley [Park] that sold for more off-market,” Mizell noted, “but this will be the second-highest listed sale in the past few years.” (The highest sale, located just down the street, could hardly be more different.)

The property was marketed as “one of Atlanta’s most iconic modern residences.” But in the context of the other grand—if distinctly more traditional—homes on the tony street, it doesn’t necessarily stand out.

The 4,297 square feet of interior space, per city records, won’t scare off claustrophobes, but those proportions aren’t exactly McMansion-gaudy, either. There are four bedrooms, five bathrooms (two half-baths), three levels, and two modern fountains for splash.

Materials used to fit that all together in an artful way—or what’s described as a “sculptural presence” of “balanced planes and cantilevered forms”—included Tennessee bluestone, zinc, durable ipe hardwood, western red cedar, and exotic wenge flooring. 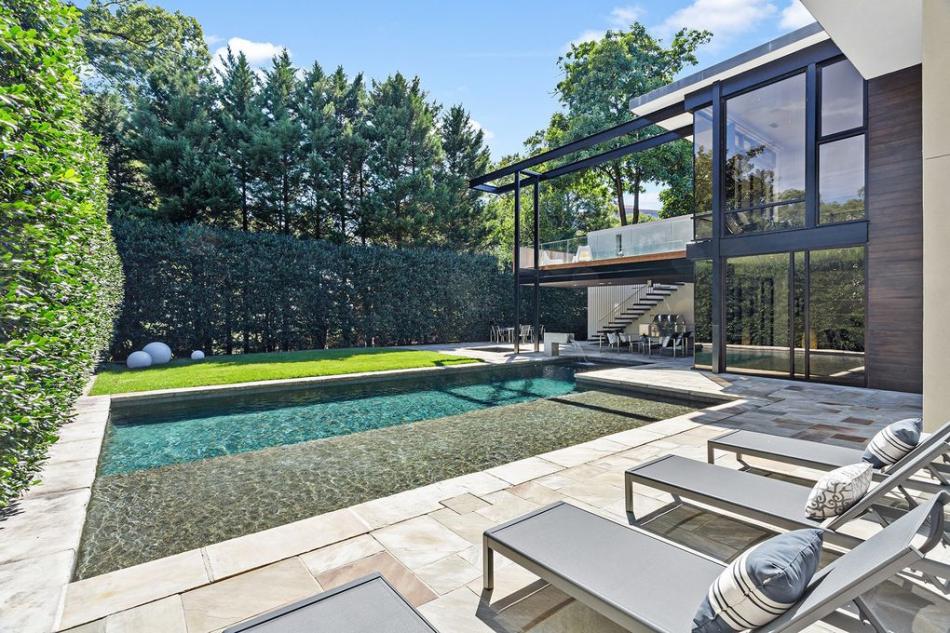 Highlights are many, but the heated saltwater pool and spa combo, flanked by an outdoor kitchen beneath a cantilevering deck, might have our vote for top perk.

As the listing notes, the property has collected numerous architectural accolades since its completion. Those include the AIA Honor Award and the Atlanta Urban Design Commission Award of Excellence.

In the gallery, have a closer look at a distinctly contemporary Atlanta dwelling that just might stand the test of time.