Formerly called “Motto,” the 290-unit apartment venture by national homebuilder Toll Brothers has been rechristened “Notion,” according to new renderings and promotional materials.

Notion tops out at six stories on a 3-acre site. It’s one facet of a Publix-anchored, mixed-use project going up where East Ponce de Leon and Arcadia avenues meet, near the Avondale MARTA station. Smaller commercial spaces are also in the mix. 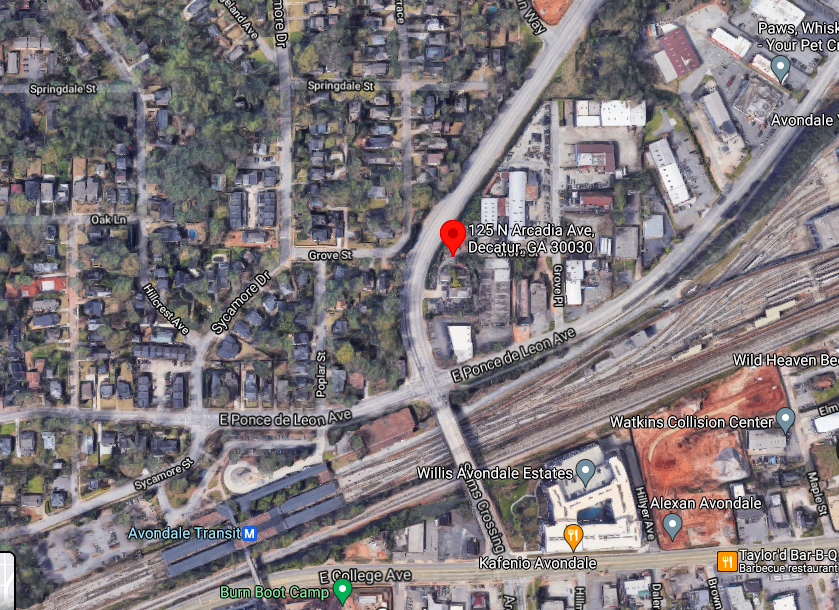 The site of a mixed-use build anchored by Publix prior to clearing, east of downtown Decatur.Google Maps

Toll Brothers is partnering with JD Capital USA to put that community together, and the Notion building marks the company’s third apartment venture around Atlanta to date.

According to Toll Brothers reps, the Notion project will deliver in spring 2022, offering rentals from studios to two-bedrooms. Coworking booths, an exhibition kitchen, and 24-hour game lounge are in the works.

“Whether you are a budding writer, an aspiring chef, or a gamer with a competitive streak, Notion has the amenities to help you find your voice,” reads the official spiel. 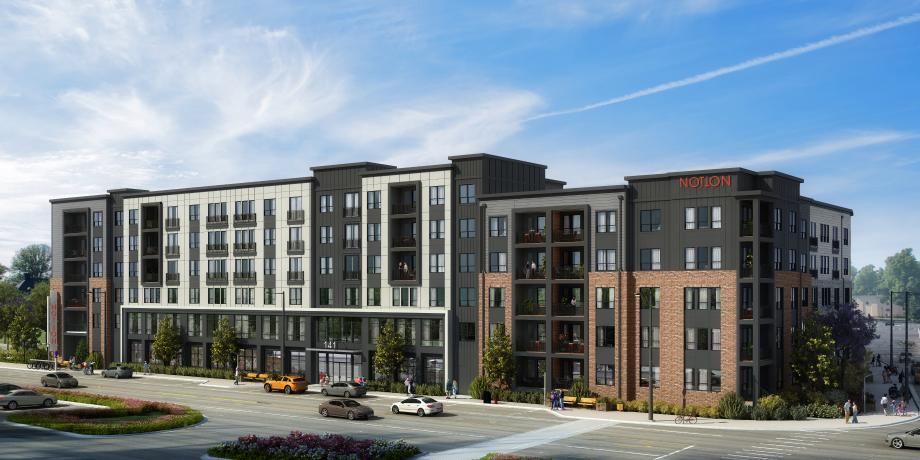 The Notion project will operate across the train tracks from roughly 1,000 new apartments that have opened in the past few years in multifamily communities put together by South City Partners (Willis Avondale Estates), Trammell Crow Residential (Alexan Avondale), and others.

Last month, MARTA finalized the sale of two more parcels near the Avondale Station where Columbia Ventures plans to construct another 80-unit building with affordable housing for seniors.

Next door to that project, yet another 400 apartments are in the works along East College Avenue, with hopes of breaking ground this year and reserving 10 percent of rentals as affordable housing.