For proponents of old neighborhood buildings on a corner-store scale, this kind of stinks.

A circa-1925 former grocery store in Oakhurst has recently met the wrecking ball along Oakview Road, where plans have called for a three-level, mixed-use venture with a commercial component to serve the neighborhood.

Located a few blocks from Oakhurst Village, the building operated for years as Oakview Grocery but more recently assumed a more subversive nickname—proving that upscale Decatur hasn’t lost its quirkiness.

The property last traded in 2015 for $265,000, according to Realtor.com. The grocery closed shortly thereafter, and the building went up for rent.

Beginning in 2016, the space operated for a while as a pop-up gallery and experiential space called Art Lab.

When that ended, graffiti vandals got creative with “ART LAB” signage on the side of the building, strategically adding one letter that transformed the vacant space into something like a snicker-inducing local cult icon.

The renegade “F” was allowed to linger for such an inappropriately long time it inspired T-shirts, coffee mugs, and even COVID-19 masks. 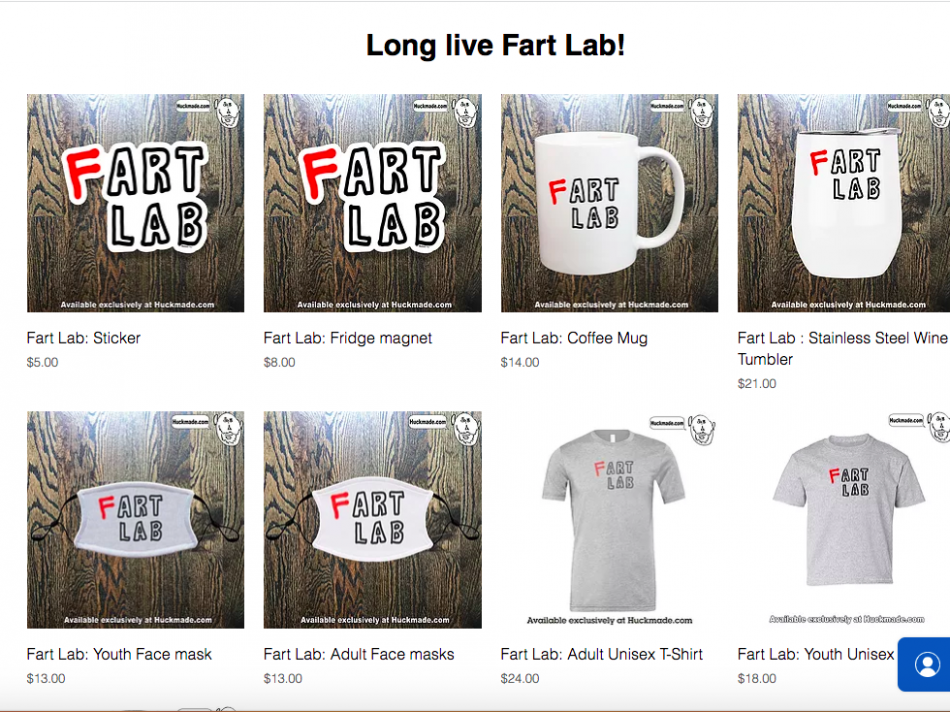 Woodstock-based Mission Development is listed as the property’s owner in county records.

According to that company’s website—and plans initially brought before the City of Decatur in 2018—a 5,070-square-foot project called The Oakview is being built on the site now.

Topped with a roof deck, the three-story, live-work building would have four bedrooms and a large commercial space at street level. It was initially listed three years ago for $1.5 million and called “an amazing opportunity to live in Decatur and invest in this vibrant community.” 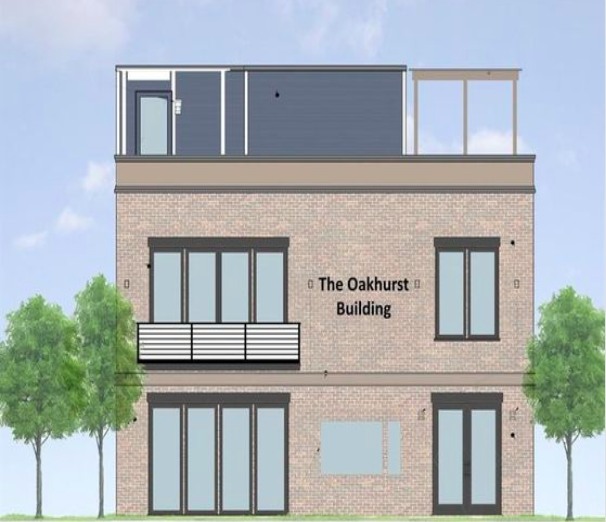 The Oakview's facade on Oakview Road, as proposed in 2018. Morris Builders 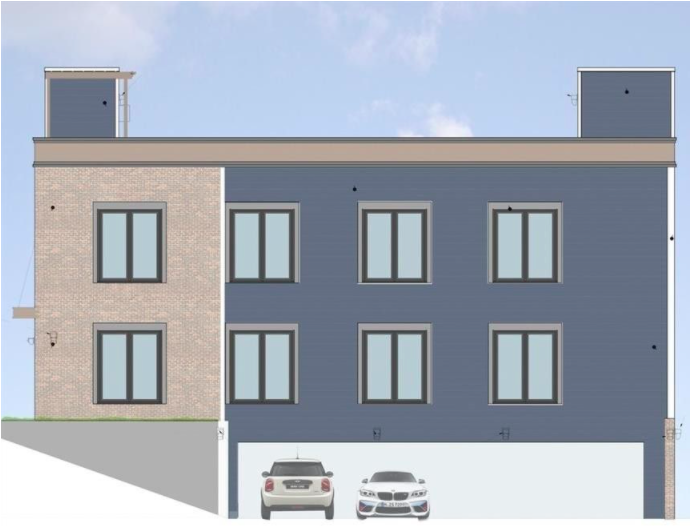 Side elevation down the sloped lot. Morris Builders

What is clear: For anyone with the budget and an entrepreneurial spirit, owning that sort of space in such a walkable location could be a real gas.