A rare example of new Decatur housing priced in the $300,000s (if barely) is finishing construction on a tight infill lot near the city’s vibrant downtown.

Now called The Flats, the six-condo stack has risen three stories over East College Avenue in a way that could make density fanatics in places like Old Fourth Ward and Midtown envious.

Marketed as a “new style of living” in the heart of Decatur, the condos came together on a vacant commercial lot a block east of Agnes Scott College, between Plants Creative Landscapes and a warehouse. The parcel spans just .42 acres, or 16,117 square feet, per City of Decatur zoning records. The footprints of many big-ticket Atlanta houses are larger than that. 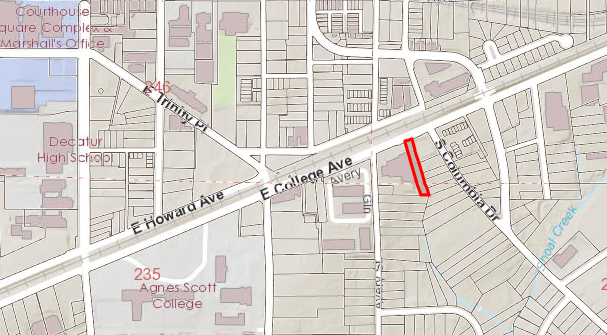 According to recent marketing materials, the homes will span between 771 and 1,451 square feet. Previous signage at the site indicated each condo has either two or three bedrooms, which could make for an interesting floorplan with the smaller units

The lone condo listed to date, asking $399,000, has two bedrooms and two baths in 800 square feet. Perks include 10-foot ceilings, quartz countertops, a breakfast nook, large kitchen island, and a double vanity in the master.

HOA fees clock in at $250 monthly, and as the listing stresses in all-caps, RENTAL PERMITS AVAILABLE.

The parking situation isn’t specified, but transportation options that include downtown Decatur's MARTA stop aren't too far away. 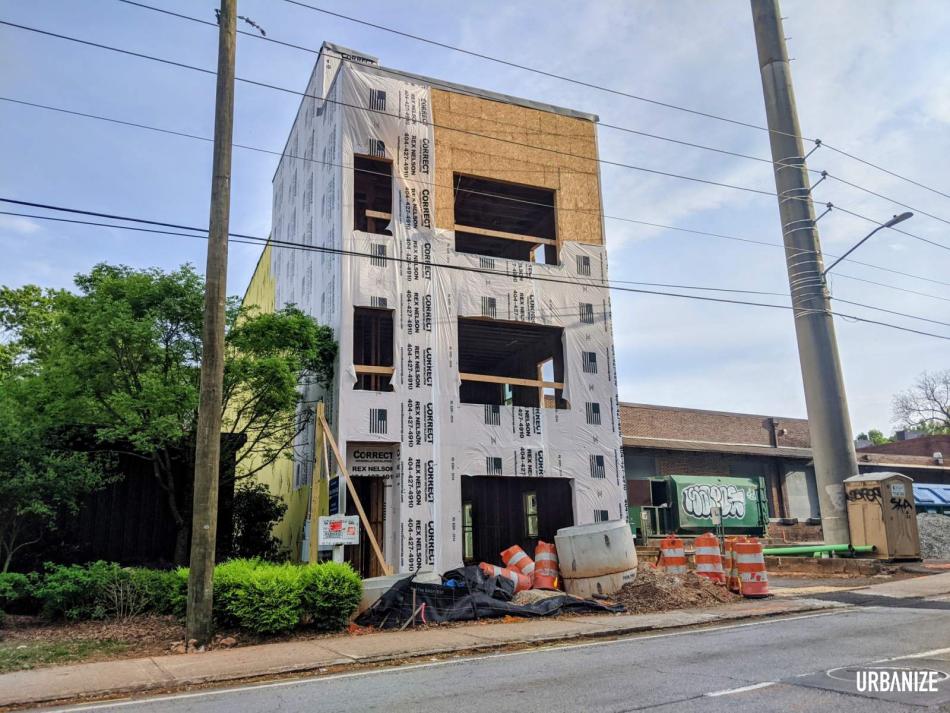 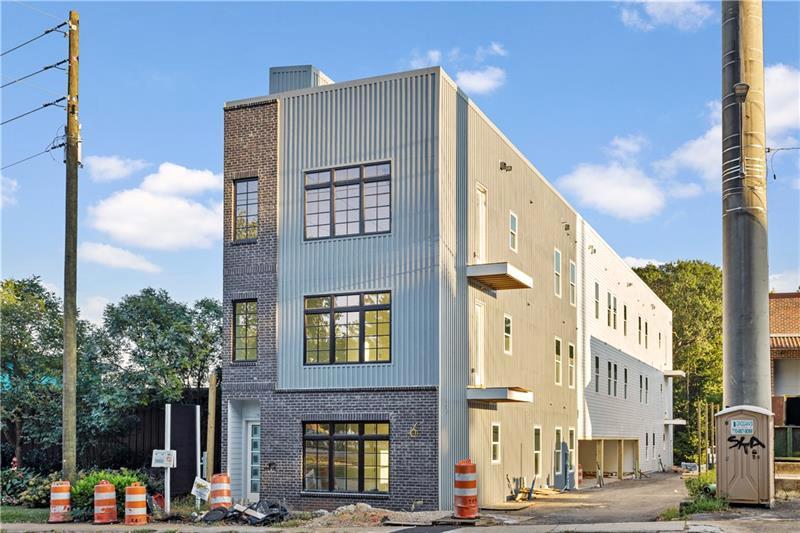 As the project’s lender has noted, owning here includes entry into “one of the most desirable school districts in the Greater Atlanta area,” where recent school renovations and expansions have aimed to ease overcrowding.

The developer, Roswell-based JD Signature Homes, is also building a townhome community on Memorial Drive, near Edgewood’s border with Kirkwood.

As Decatur development goes, The Flats project is a relative unicorn, in that hundreds of new apartments and townhomes have taken shape in recent years, but almost no new condos have been built in the past decade.

We've asked The Flats’ marketing team for additional images of the project and will post them if they come.