A storied piece of Decatur’s past could help fund the city’s maturation in the future.

Reaping the benefits of historic preservation efforts that date back two decades, Decatur’s Downtown Development Authority has entered a $1.38-million sales agreement to offload the Old Depot Building at 303 East Howard Avenue, which has been home to celebrated restaurant Kimball House for nine years.

The buyer is an LLC called Kimball Mill, the Kimball House operator that’s been renting the former railroad depot since the restaurant opened in 2013.

According to the DDA, the building dates to 1891 and is one of the last historic railroad depots that remain standing throughout metro Atlanta. 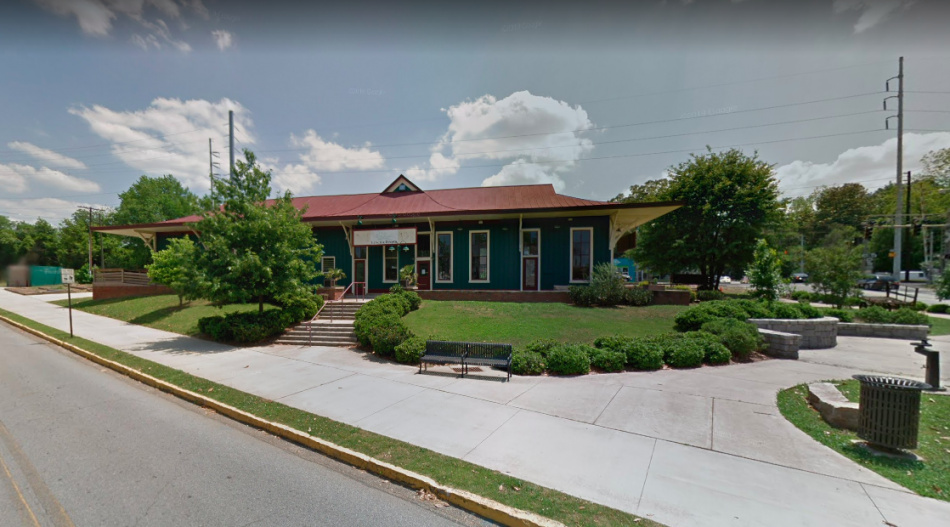 The 1890s railroad station in spring 2012, before its conversion to Kimball House. Previously it was a Cajun restaurant called the Depeaux. Google Maps

Back in 2001, Decatur preservation officials recognized the neglected building’s potential as a restaurant and spared it from demolition by purchasing it from CSX railroad. That deal included a unique provision that the building had to be moved out of the railroad’s right-of-way, about 30 feet north. The Decatur Historic Preservation Alliance, a nonprofit that has since disbanded, was founded to rescue the century-old depot and help raise funds to move the structure and stabilize it.

Today, the Kimball House building is protected by a local historic preservation ordinance, meaning that any exterior alterations must be approved by Decatur’s Historic Preservation Commission.

Funds from the old depot’s pending sale are expected to be channeled back into downtown Decatur. But exactly how they'll be used hasn't been determined.

The $1.38 million will go toward projects "identified in the downtown master plan, [for] which the planning process is underway now with downtown stakeholders and the Decatur community,” a city spokesperson tells Urbanize Atlanta.

Prior to Kimball House’s debut, the surrounding Old Depot District section of Decatur was “relatively barren,” but has since “seen tremendous growth from the private sector, featuring numerous retail tenants and residential developments that prove [the district] is ready to stand on its own,” Conor McNally, Decatur DDA chair, said in a statement announcing the depot’s pending sale.

Kimball House, known for its artfully Southern take on seafood, steaks, and cocktails, celebrated its ninth anniversary last month. It was named a James Beard Award semifinalist in 2019.

Bryan Rackley, Kimball House co-owner, said his team has already invested more than $750,000 in revitalizing and maintaining the building and now is “even more committed to the preservation of this living landmark as its new owners.” 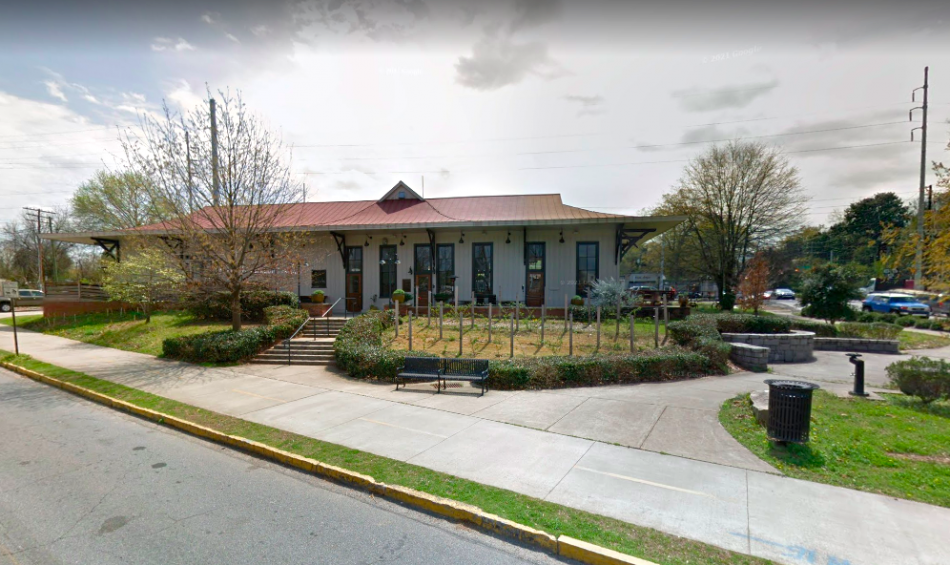 The Kimball House building in 2015, before the maturation of surrounding trees. Josh Green/Urbanize Atlanta

Altogether it’s less controversial news than the Decatur Planning Commission’s unanimous vote Tuesday to deny recommended changes to a city development ordinance that would allow for “missing middle” housing to be built in single-family zoning districts.

That means denser building types that allow for greater affordability, such as duplexes, triplexes, and quadplexes, would be a no-go, should other levels of city government side with the planning commission.