Midtown will soon be the latest Atlanta district to use street planters as a means to keep investments in alternate transportation infrastructure in better working condition, while also boosting safety for non-drivers, officials say.

Midtown Alliance and the Atlanta Department of Transportation have collaborated over the past year to implement southbound bike lanes for 10 blocks along Spring Street—spanning from 13th to 3rd streets—as a means to help buffer scooter riders and cyclists from vehicle traffic.

But from the start, the lanes have struggled with drivers ignoring signage and street markings and using the lanes for parking. 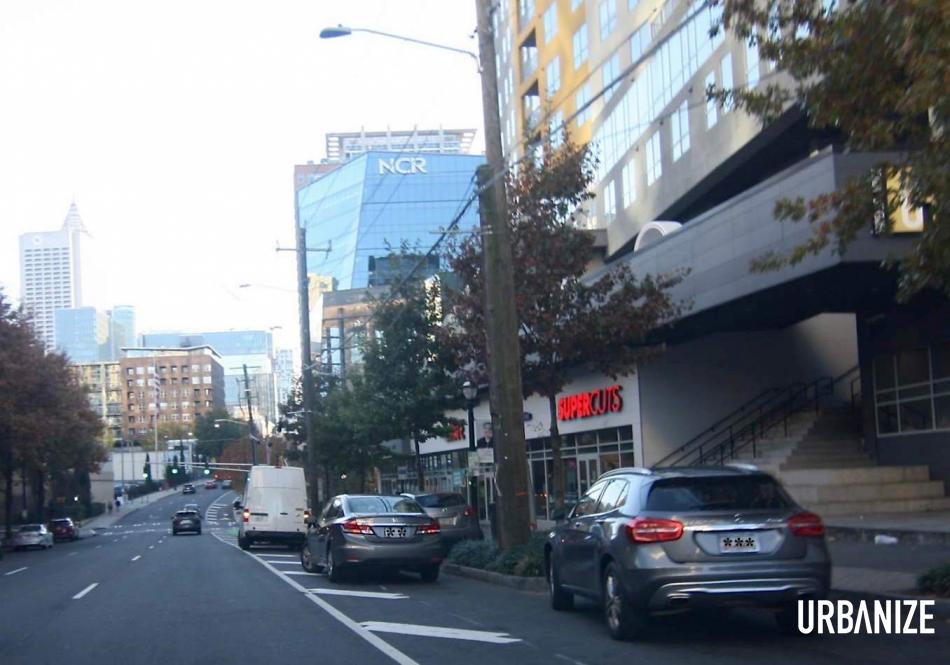 As a possible solution, Midtown Alliance has purchased 50 rectangular street planters to create a buffer on two sections where curb extensions and utility poles don’t allow the Spring Street bike lanes to hug the curb. Those two blocks—Peachtree Place to 8th, and 4th to 3rd streets—also have supposedly inaccessible on-street parking, for now.

In dispatching planters, Midtown follows the lead most recently of downtown’s new Peachtree pedestrian lanes—or the more famous/infamous street planters of Decatur, where roughly 200 colorful boxes stretch for a solid mile. In Glenwood Park, the BeltLine also installed permanent concrete planters this past spring that just might qualify as beautiful.

Midtown’s planters will also eventually serve to protect users of Spring Street parklets, or small outdoor spaces for people to dine and socialize, in the works to replace the parking spaces along the blocks in question.

The planters, according to Midtown Alliance, are “low maintenance as they employ a self-watering feature using a wicking system and 30-gallon reservoir.”

They're expected to be installed in the next few weeks. Seasonal plantings will follow once cooler autumn weather sets in, according to Midtown officials.

The next phase of bike lanes implementation in Midtown will add lanes stretching farther north on both Spring and West Peachtree streets, connecting with an existing lane on 17th Street that heads west to Atlantic Station.

Midtown Alliance reps have previously said that final piece will come once the three-tower Midtown Union project removes its lane closure along 17th Street. The mixed-use venture is expected to finish construction late next year.

Below is the most recent available map illustrating the status of bike-lane implementation across most of Midtown. For a deeper dive into what Midtown leaders say is taking the Juniper Complete Street Project so long to materialize—and why funding for that plan could be at risk—we recommend reading this AJC report from last month. 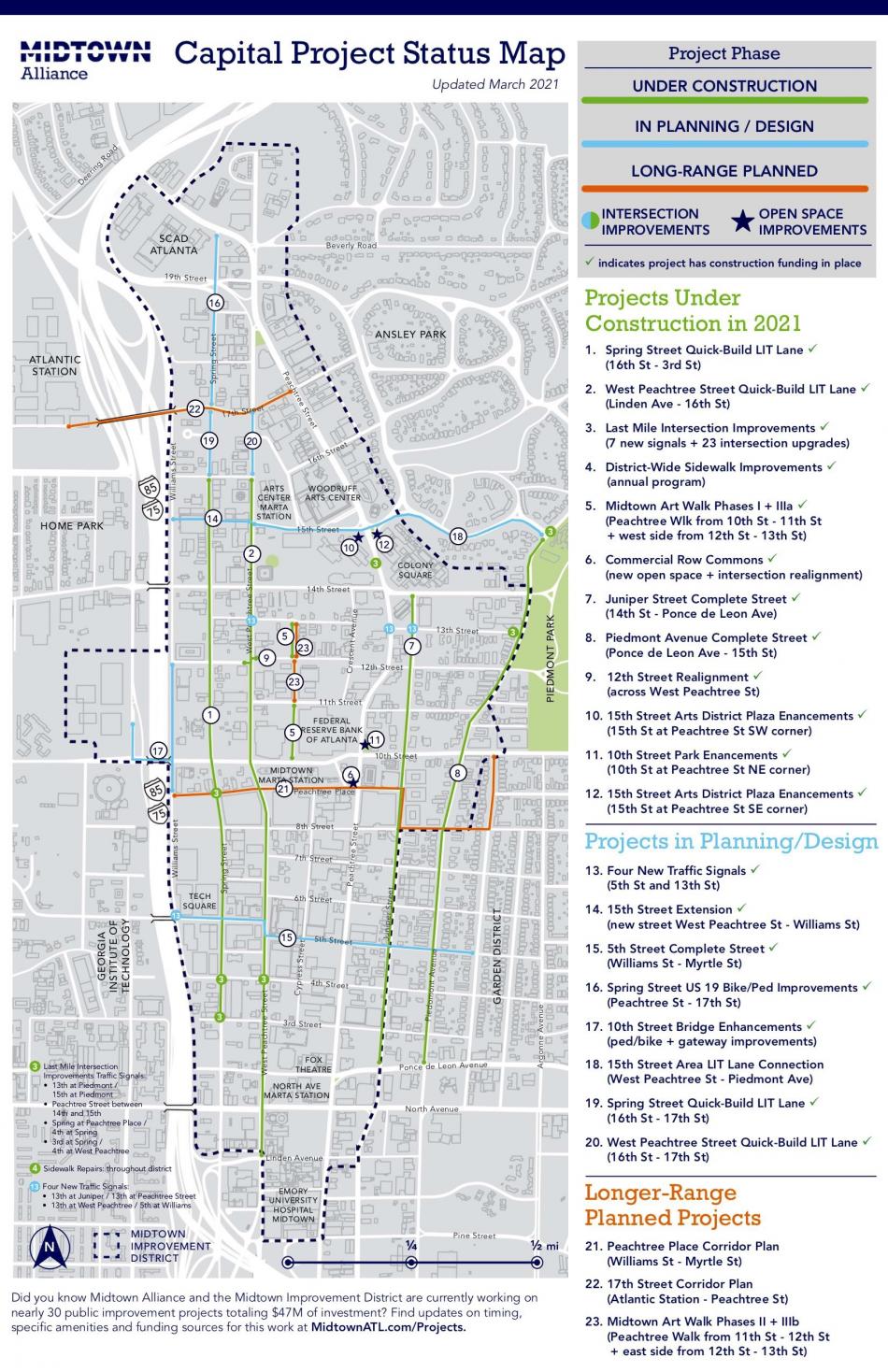 An update from earlier this year on where bike-lane projects stand across Midtown's core business district. Midtown Alliance